The Minnesota Judicial Center is one of several in the immediate area, including the State Capitol, that comprise the state's administrative functions. As its name indicates, the Center houses the state Supreme Court, Court of Appeals, and the Worker's Compensation Court. The state law library is also located here. The building was constructed in 1917 to house the Minnesota Historical Society, which moved to the Minnesota History Center in 1992. Architect Clarence H. Johnston designed the building in the Neoclassical style, incorporating eight, two-story Ionic columnns on the west-facing facade (the Center's main entrance). The building was added to the National Register of Historic Places in 1973.

Formerly the home of the Minnesota Historical Society from 1917-1992, the Minnesota Judicial Center is now the state court building. 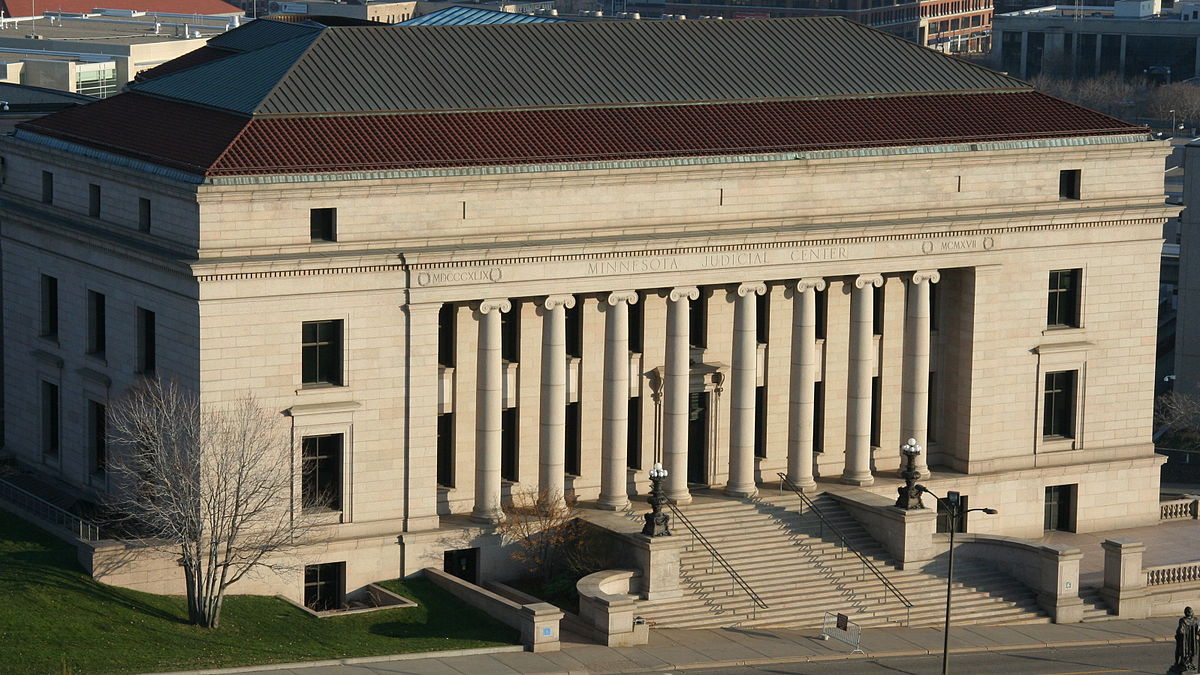 The Minnesota Historical Society was founded in 1849 when the state was still a territory. The state founded it as its fifth official act, making it the fastest state historical society founded in the country. The territorial governor at the time, Charles Smith, was so interested in the establishing the society that he wrote both the legislation and charter himself. He even attached the names of 18 supporters to the legislation without their permission. The society was located in several locations before finally being consolidated into the building in 1917. By the late 1980s it was clear that a new building was needed and as a result the Minnesota History Center was built in 1992.