Built in 1866, the South Meeting House (originally known as South Ward Hall) served as a school and community center before being purchased by an African American congregation following the Civil War and Reconstruction. This building is the oldest African American church in New Hampshire. Annual celebrations of the Emancipation Proclamation took place here starting in 1882. Many African Americans in the community were in attendance at that first celebration in 1882, along with more than one hundred invited white guests. The event took place annually for eighty years. What started as a multidenominational Bible-study session soon exceeded the capacity of James F. Slaughter’s living quarters and the group was relocated here in 1890. It was reorganized as the People’s Baptist Church in 1893 with Reverend James Randolph serving as the first minister. 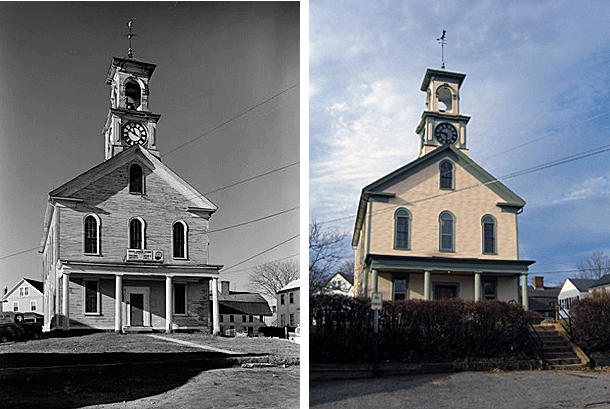 View of the building from behind. 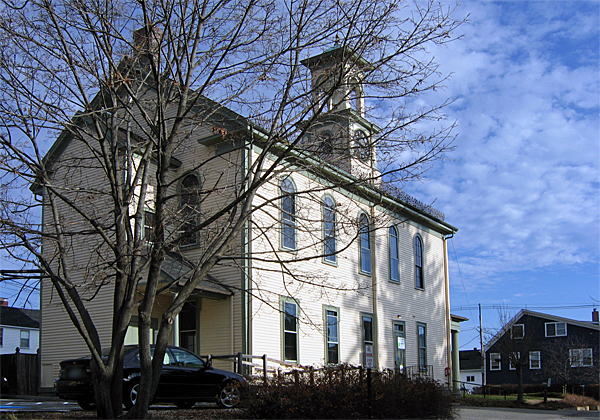 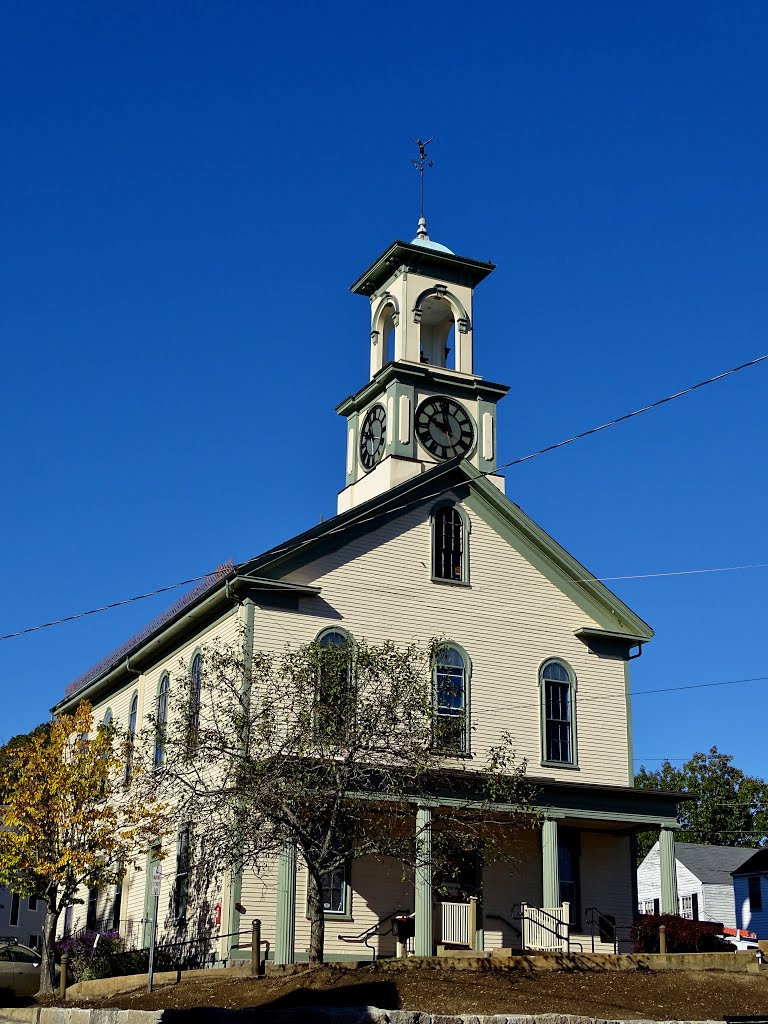 The South Meeting House, first known as the South Ward Hall, was built in Portsmouth, New Hampshire in 1866. The South Ward Hall initially served as a school, community center, and polling place for the South Ward, or South End.  As a political subdivision, it elected its own representative to serve on the governing board of Alderman. The hall was built as a response to the several petitions of residents of the community.

The Ward Hall is the second building that took place at this site. The initial structure was the Old South Meeting House, which was built for the South Church in 1731. The city bought and demolished it in 1863 for the construction of the new Ward Hall. Local craftsmen constructed both of the buildings at this site. The blueprints for the new building mirrored the layout of the original with the addition of a second level that would serve as a meeting room. The design also included a clock tower, bell, and weathervane as insisted by residents of the community.

This building is rich in significance to the African-American history of Portsmouth.  It was the home of the People’s Baptist Church, the first African-American church in New Hampshire. In 1873, the Freewill Baptists congregated on the second floor of the building. In 1889, James F. Slaughter hosted a multidenominational Bible study in his living quarters that formed the People’s Mission. In 1893, it was reorganized and officially established as the People’s Baptist Church. Reverend James Randolph served as the first minister of the church. The church relocated in June of 1915 to 45 Pearl Street when the congregation raised money and bought their own building. This building was also the home of annual celebrations of the Emancipation Proclamation starting in 1882. The celebrations involved catered meals, music, and speeches by luminaries of both races. Most of the African-Americans of the community as well as more than one hundred invited white guests attended the first celebration in 1882. The event took place annually for eighty years.

The building continued to serve as a church, school, and community center until at least 1915. After World War II, it was boarded up due to economic circumstances and endured a period of neglect. In 1966, Strawbery Banke leased the building from the city for about fifteen years, during which it returned as a community resource and was renamed the South Meeting House. The city invested around $67,000 for repair work that also exposed further damage issues. In 1982, the city approved a proposal for the building to become a Children’s Museum. The community contributed to the required materials and labor that allowed the Museum to welcome the public from 1983-2008. Today, the city is still permitting restoration projects to preserve the historic building.