The La Jolla Woman's Club held its first annual meeting in 1914. This building had been constructed in two years by New York born Irving Gil who did most of his work in Southern California. The Club was in full operational until the 1970s. While some meetings are still held today, there also public activities such as yoga, picnics and weddings held here. This building is considered one of Gil's most successful work. 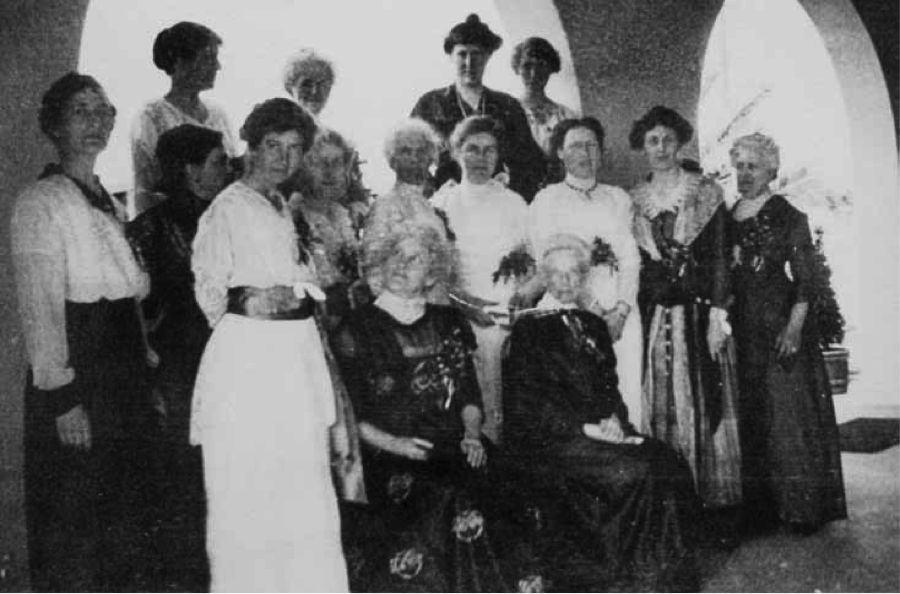 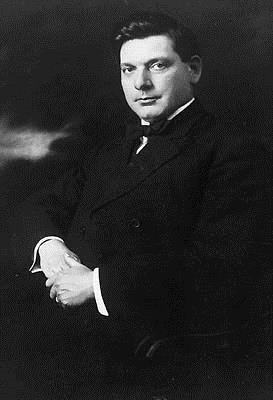 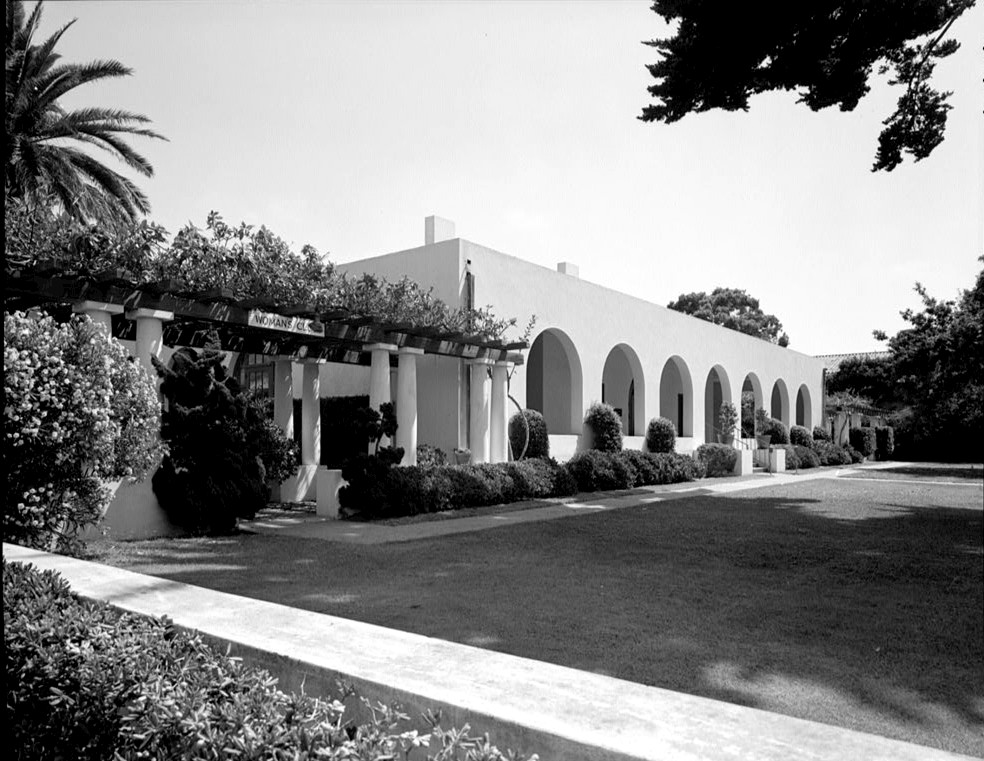 Members of the Woman's Club prepare for their production of Romeo and Juliet, circa 1920 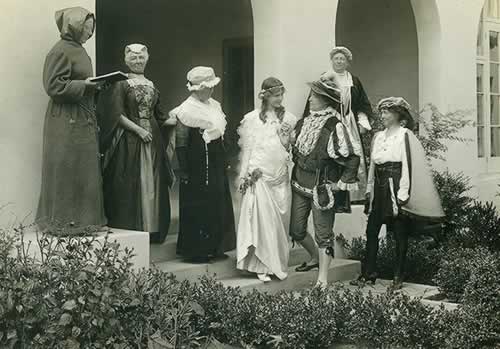 Construction of the building 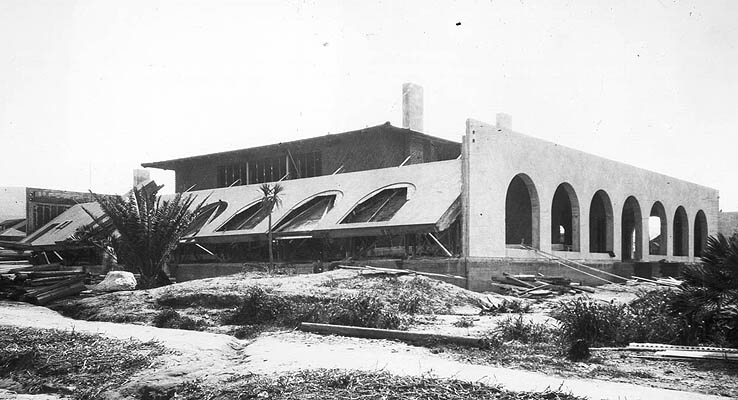 The Woman's Club at the cornerstone laying in 1913 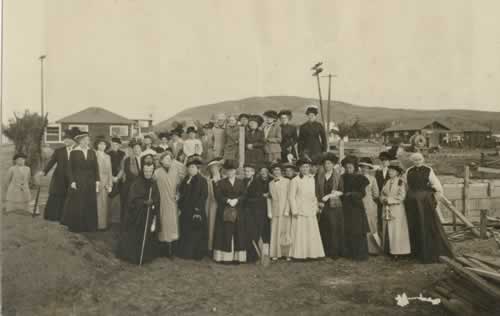 Part of the Woman's Club building as it looks today 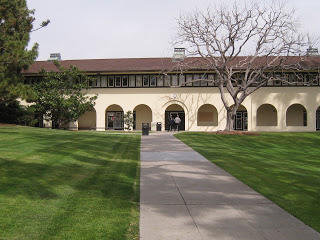 The La Jolla Woman's Club was founded in 1894 as the Current Events Club, taking its present name in 1900. The social club was without a permanent home for the first twenty years of its existence. The cornerstone of the building was laid in December 1913, with the inaugural meeting held in 1914.
The site, design, and construction of the clubhouse were all donated to the La Jolla Woman's Club by philanthropist and club member Ellen Browning Scripps. The project cost a total of $40,000. The building is a prime example of Irving Gill's modern style, exemplified by simple geometrical shapes, and generous use of arches and columnns, with a minimum of ornamentation. This style has been described as "shaved Spanish," as it owes much to the colonial Spanish architecture of southern California - and in particular the California missions - with an emphasis on flat rooflines, and lack of frills. The building also was a product of Gill's experimentation with the concrete "tilt-wall" construction method, in which concrete slabs were poured in place onto a large table positioned at a fifteen-degree angle. After it was set, the wall was lifted into place, and windows fitted into it. The interior of the building also showcases Gill's interest in sanitation: there are no baseboards, mouldings, or other design details, as Gill believed that these features trapped dust and dirt. The La Jolla Woman's Club has been called one of Gill's most successful works.
The building was added to the National Register of Historic Places in 1974, and is one of several notable Gill-designed buildings in La Jolla, along with The Bishop's School and the La Jolla Recreation Center. The clubhouse is open to visitors on Saturdays from 9:00 am to noon.