Sailor's Creek Battlefield State Park preserves the battlefield where General Robert E. Lee saw a quarter of his men surrender to the Union on April 6th 1865. This was the Lee's final battle before surrendering seventy-two hours later at Appomattox Court House. The battlefield includes the Hillsman House, which served as a Union field hospital during the battle. The state operates the park and offers tours of the house and grounds, as well as an annual event that commemorates the anniversary of the battle. The park contains a large visitors center with museum exhibits and a library, as well as markers and a monument.

Entrance sign to park with visitor center in background 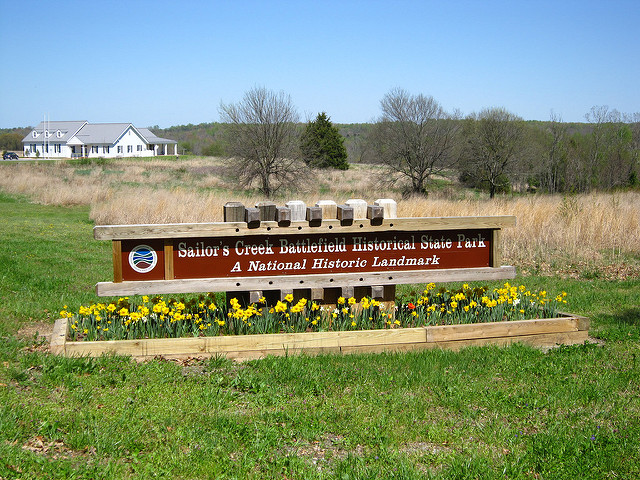 Monument honoring the fallen soldiers on the battlefield, erected in 1990 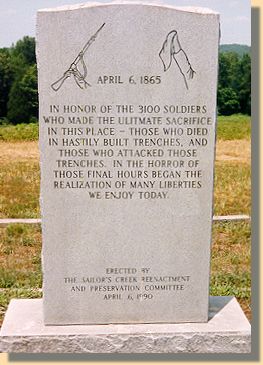 Sailor's Creek, for which the battle was named 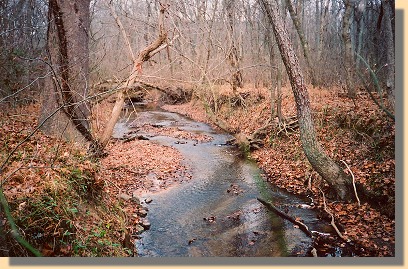 General Lee recognized that the war was lost after losing a quarter of his men to Union forces. 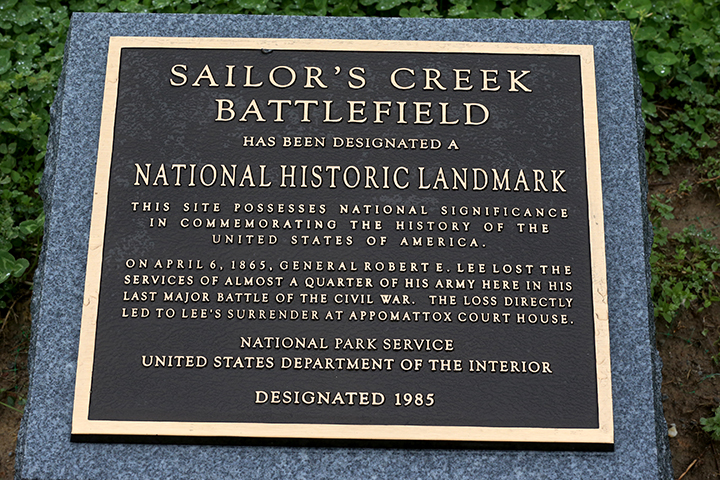 Hillsman House, which served as a field hospital and was occupied by Union forces, built around 1780 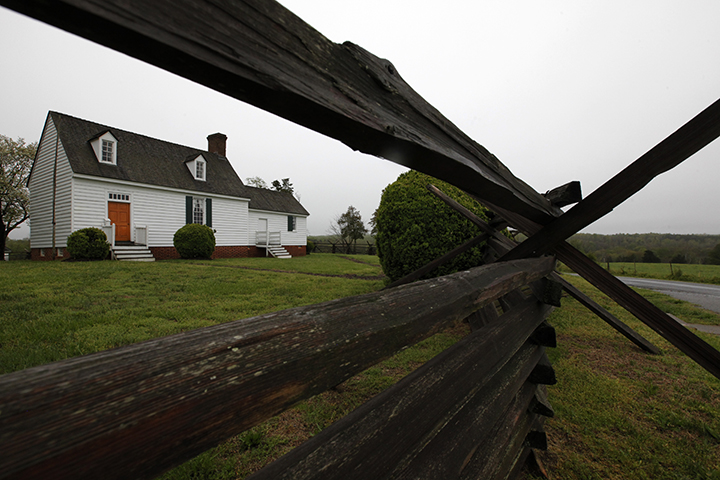 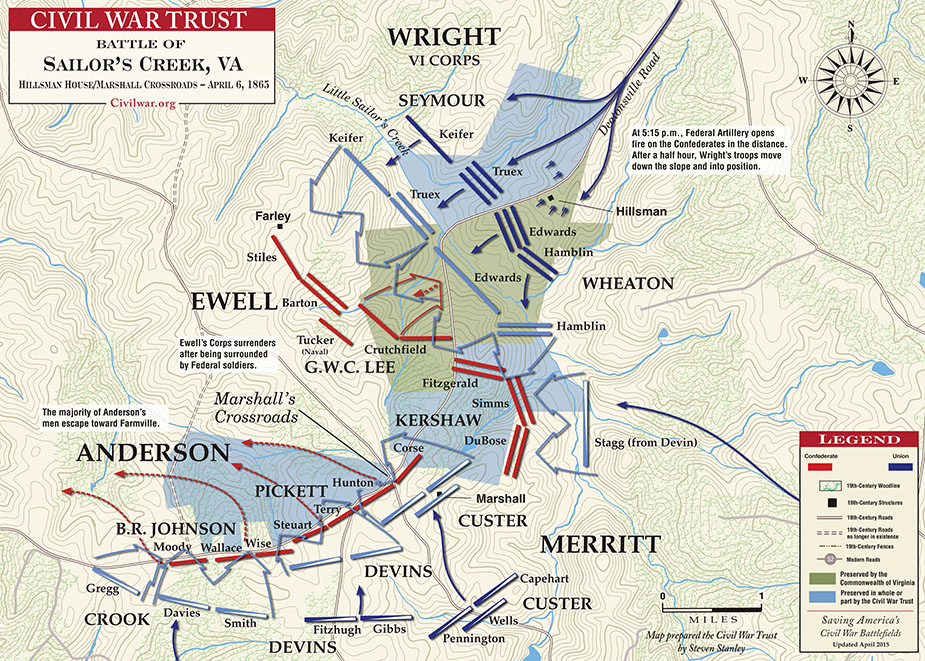 On April 6, 1865, General Lee and his Army of Northern Virginia found themselves between several Union armies. Having lost Petersburg and surrendering Richmond, Lee attempted to flee Virginia and hoped to connect with General Johnston's forces in North Carolina. Lee's army was running low on supplies and needed to cover many miles quickly in order to escape from Union forces via the railroad. Instead, Lee found himself facing yet another Union army at this location.

Confederate General Ewell's troops found themselves separated, and General Custer's cavalry jumped in to cut them off. Being subjected to artillery fire from General Wright, and having no heavy guns of their own, they fought off a head on attack across the creek, which failed, but succeeded the second time after a counter by General Crutchfield, who lost his life due to the close quarter combat. Ewell and his men were completely cut off on all sides and had no choice but to surrender.

Confederate troops had no luck at Marshall's Crossroads either. Anderson's troops found themselves flanked and then subject to Custer's head on attacks, forcing them to run or surrender. Upon seeing the disarray of the battlefield and his troops surrendering, Lee is quoted saying "My God! Has the army dissolved?" Lee and his remaining men would continue to move and fight in smaller skirmishes the following days, but on April 9th, were forced to surrender at Appomattox Courthouse.

Lee's surrender was not simply a direct result of the Battle of Sailor's Creek, where Lee's army was thrown into disarray, but of the past year of total and nearly continuous warfare by a committed Union army following the reelection of Abraham Lincoln and the rejection of compromise candidates from the Democratic Party that were willing to negotiate with the Confederacy. However, the significance of this battle should not be overlooked, as Lee was pinned down and rather than being able to escape the Union and regroup in North Carolina, Lee lost a quarter of his army. Lee lost 8,800 men in total, with 7,700 of those men being taken prisoner. He also lost eight generals.

The battlefield today is a state park that includes markers and a visitor's center that preserves the history of the battlefield. Visitors can tour the Hillsman House, which served as a Union field hospital during the battle. The park offers guided tours of the house and puts on historic events, namely around the anniversary of April 6th, with a reenactment and other events portraying the era throughout the year. The visitors center contains exhibits on the battle and also offers a library with 2,500 books.