The Ronald Kirk Pedestrian Bridge spans the Trinity River and flood plain just to the northwest of downtown Dallas. It began its life in 1931 as the Lamar-McKinney Viaduct and was part of a larger plan to alleviate the transportation and communication problems caused with the recurrence of flooding along the Trinity River. It was later renamed the Continental Avenue Bridge and required expansive and expensive renovations by 2010. It was then reimagined as a pedestrian-only bridge as nearby spans could handle the city’s vehicular traffic. It was added to the National Register of Historic Places in 2015 and then renamed to honor Dallas’ first African-American mayor, Ronald Kirk, in 2016.

The Ronald Kirk Pedestrian Bridge is a wonderful example of a reimagined urban space. 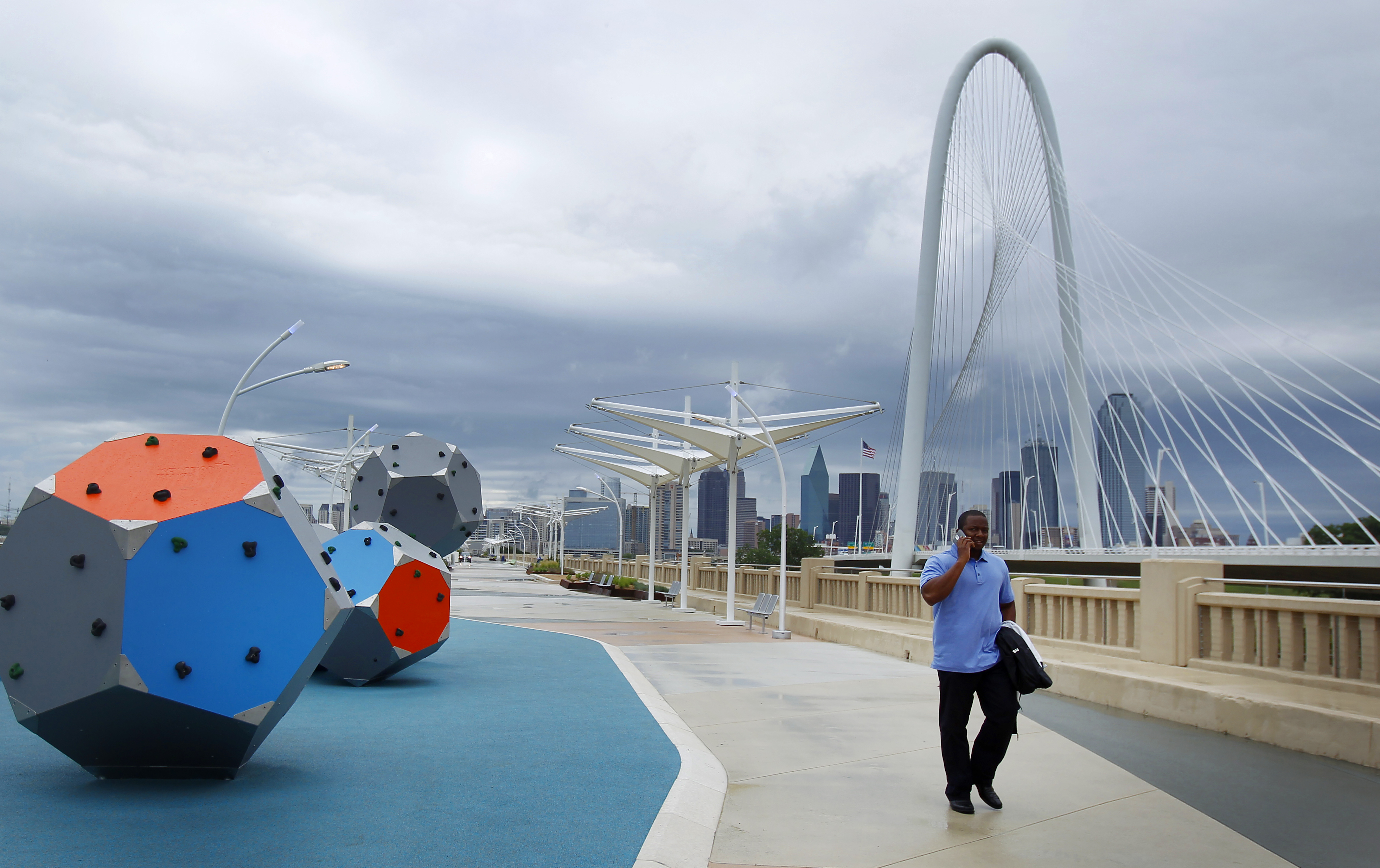 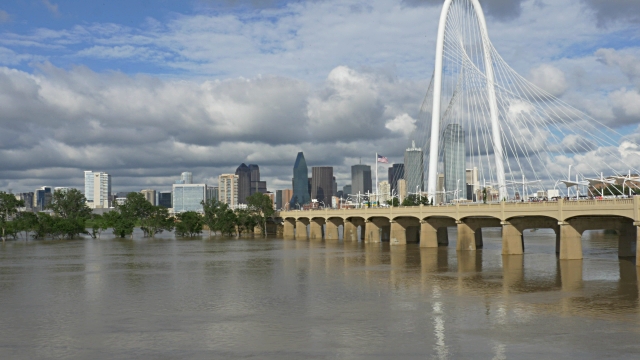 A view of the Kirk and Hill Bridges taken from the Trinity River flood plain. 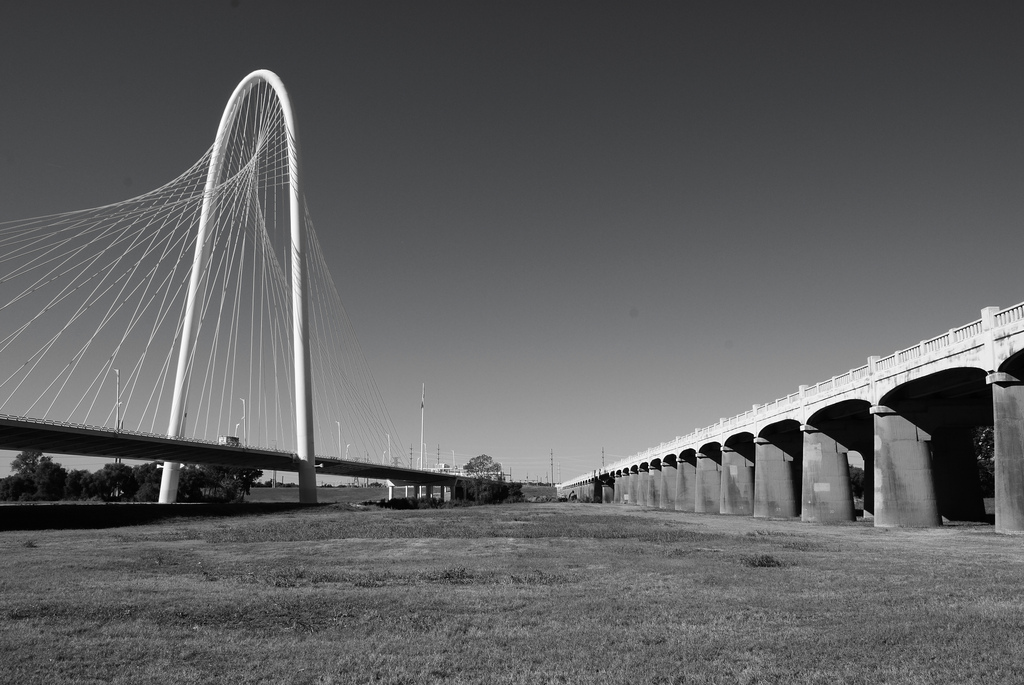 The Ronald Kirk Pedestrian Bridge from the underside. 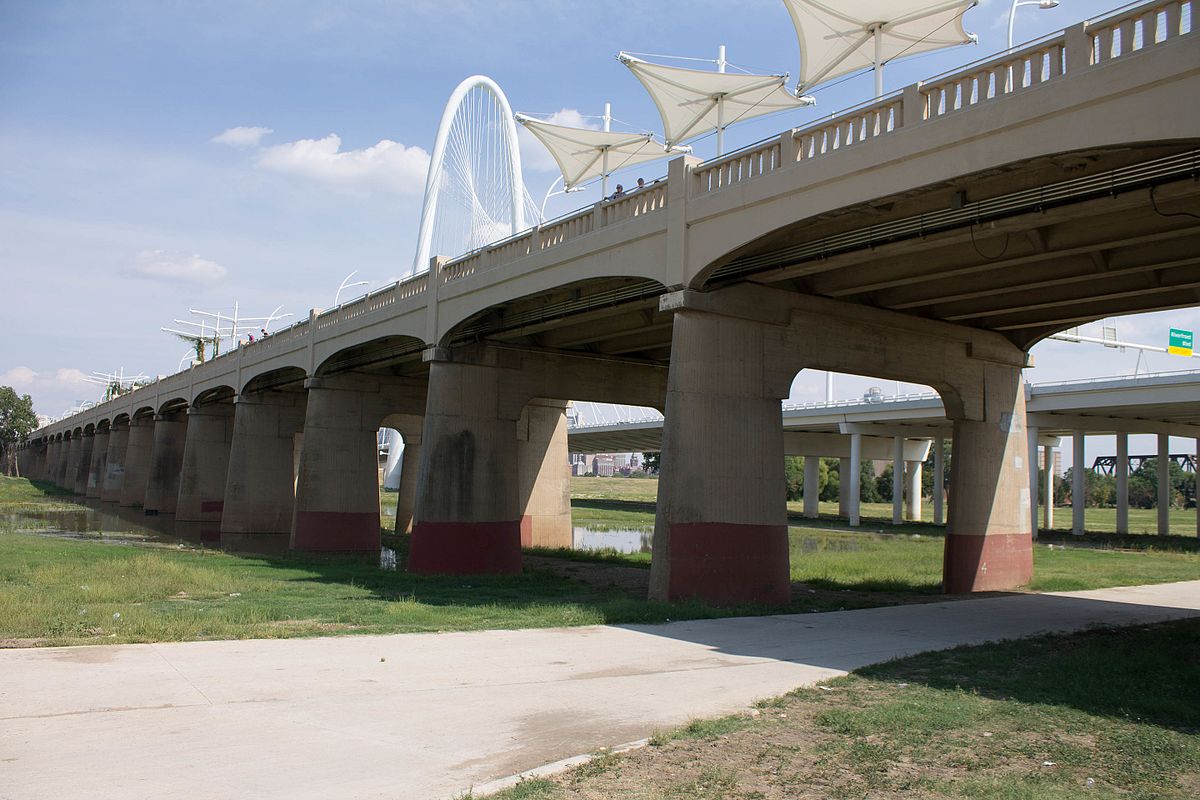 The Kirk and Hill Bridges glow during the evening hours with the Dallas skyline in the background. 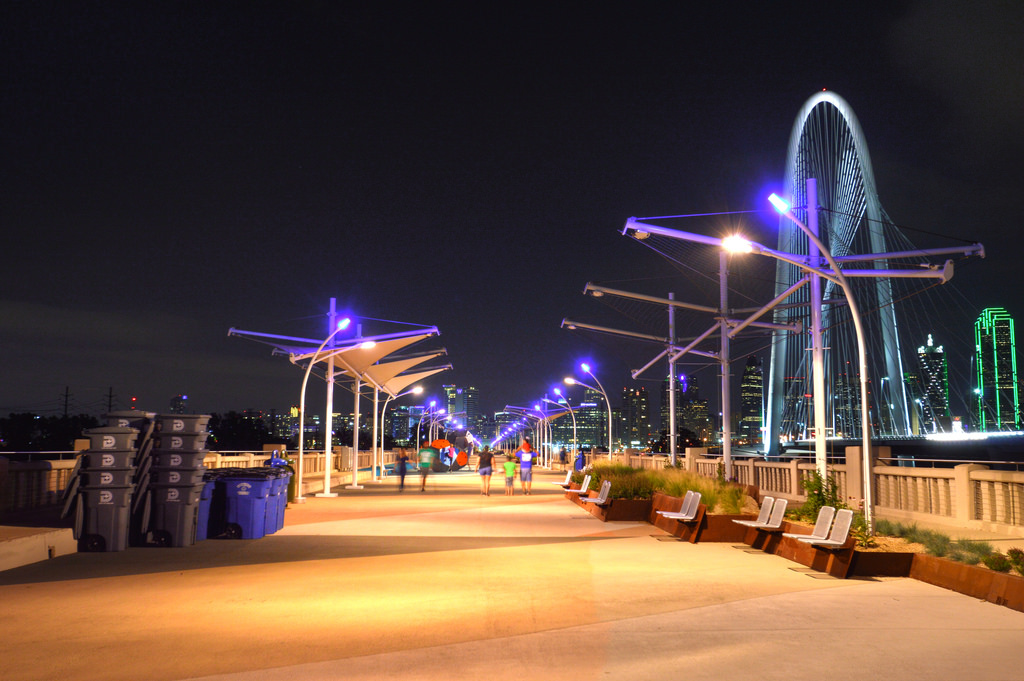 The Trinity River, while a relatively narrow waterway, floods on a regular basis and after the severe floods of 1908 and in the 1920s, the city began a comprehensive plan to tame the river that primarily included a series of viaducts and earthen levees.  Additionally, the automobile was becoming a popular form of transportation in the 1920s and congestion was becoming a problem as there was only one span, the Houston Street Viaduct, across the Trinity.  Four viaducts were then designed by Francis Dey Hughes, who had no formal engineering degrees.  Hughes had moved to the Dallas area from Kansas City in 1928 and had gained all is knowledge about designing and building bridges by working for construction and architectural firms that did just that.  He was also ably assisted by Jean Howard Knox who did possess various engineering degrees.

Hughes and Knox, in addition to designing the Lamar-McKinney Viaduct, also designed three others: Commerce, Corinth, and Cadiz (now Interstate 35).  They laid out Lamar-McKinney with a variable-depth steel-plate girder design, the first in the city.  It was built with 43 concrete T-beam spans, is 60 feet wide and stretches over 2,100 feet across the river and flood plain.  Its main channel over the river is 120 feet long.  The viaduct was completed in 1931 and opened to vehicular traffic in 1932.  And while its roadway has been replaced, the basic structure of the bridge remains largely intact.

By the start of the 21st century, other spans, including the Margaret Hunt Hill Bridge and Interstate 30, had been constructed that permitted the city to consider other alternatives for the Lamar-McKinney Viaduct when it came time to repair it in 2010.  As part of the larger Trinity River Project, the Trinity Trust raised over $10 million in order to convert the broad span into a pedestrian-only plaza/bridge.  The renovated bridge opened on Father’s Day, 2014 with benches, a splash park, playground equipment, recreation areas, a human-sized chess board and large cloth umbrellas for shade.  In 2016, the recently named Continental Avenue Bridge was renamed the Ronald Kirk Pedestrian Bridge to honor the city’s popular mayor who served from 1995-2002.  Mr. Kirk also served as a United States trade representative under the Obama Administration from 2009-2013.  Today, the bridge hosts numerous community events throughout the year.