Incorporated in 1858, Prospect Hill is Omaha's oldest cemetery. Prospect Hill holds the remains of several people involved in the creation and growth of Omaha. Many of those names on tombstones adorn city streets, parks and buildings in Omaha as well as towns and counties throughout Nebraska. Prospect Hill is also the burial site for the Omaha Barracks, later renamed Fort Omaha. Veterans from wars as far back as the War of 1812 through the Vietnam conflict are buried here. The cemetery also has a memorial dedicated to the Spanish-American War and commemorates Nebraskans who fought and perished in that war. 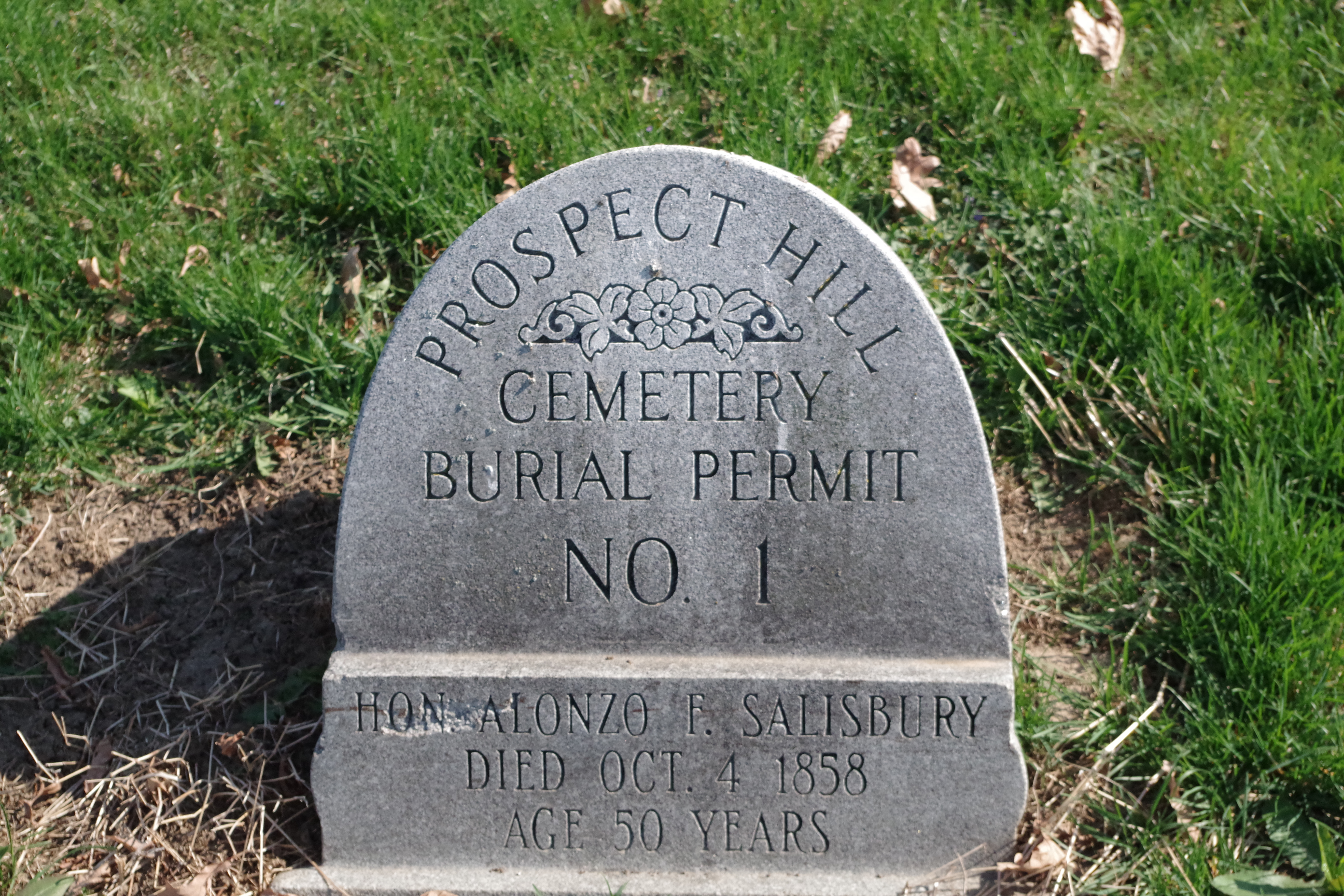 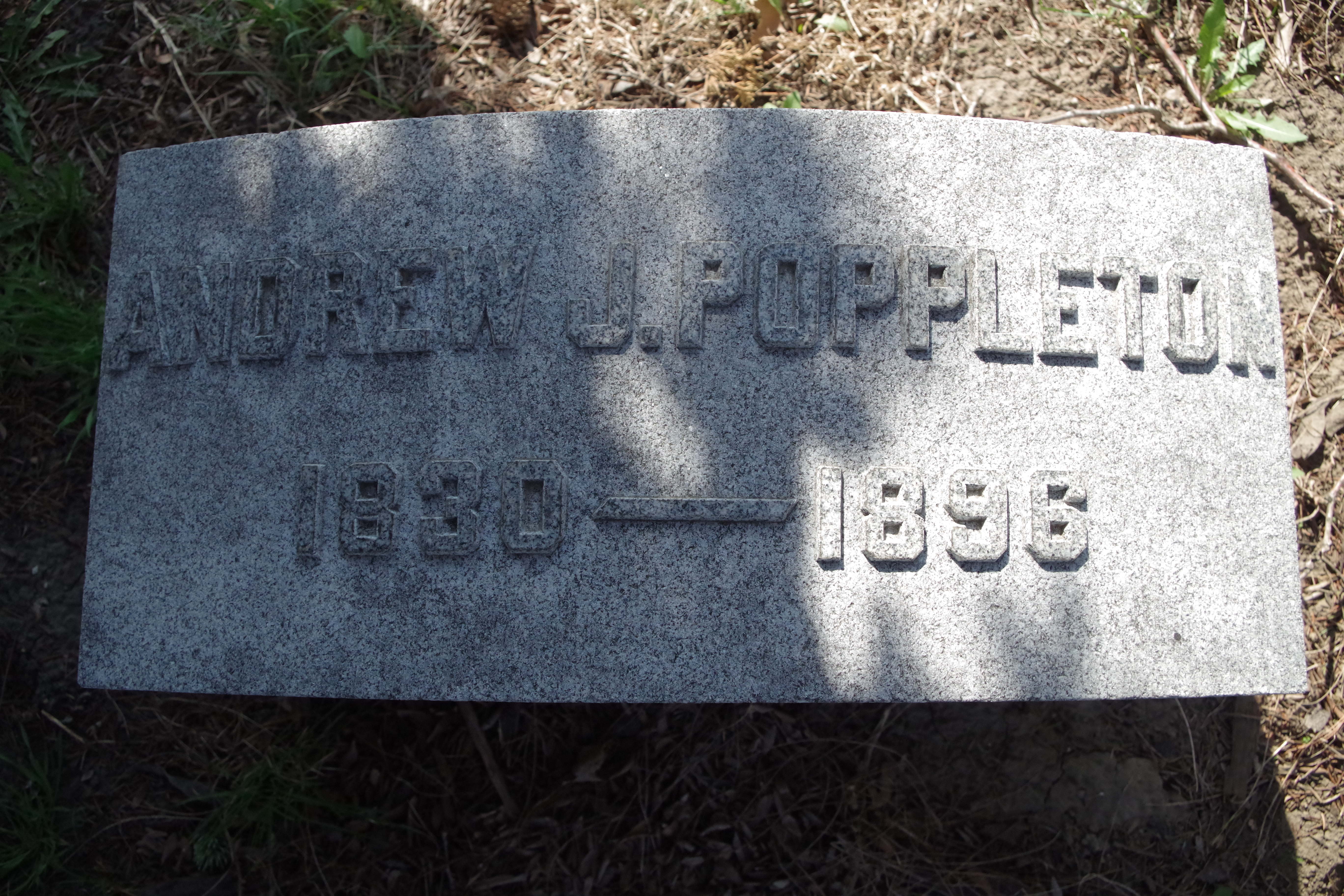 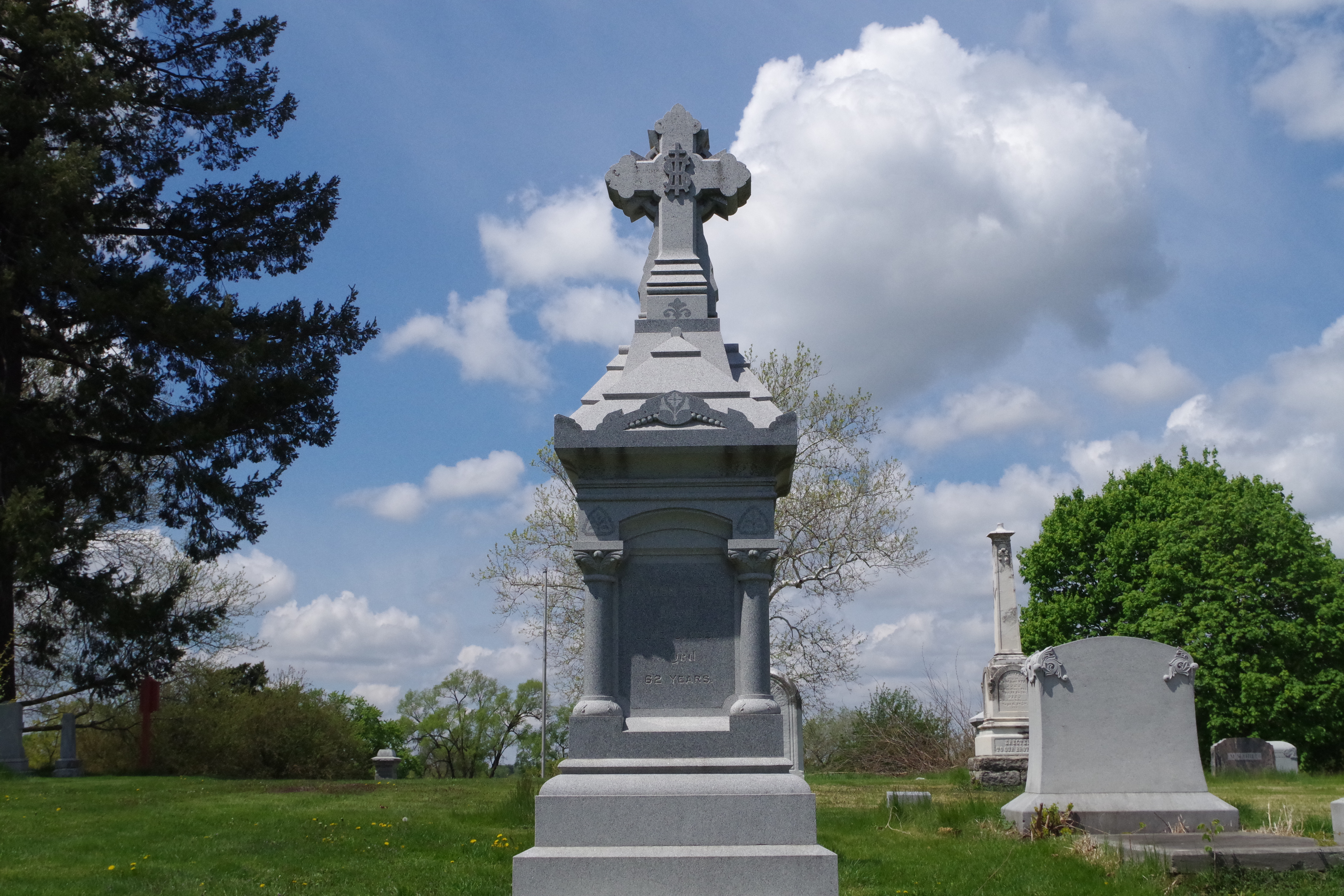 Burial Marker for Anna Wilson, the "Queen of the Underworld" and her gentleman friend Dan Allen. 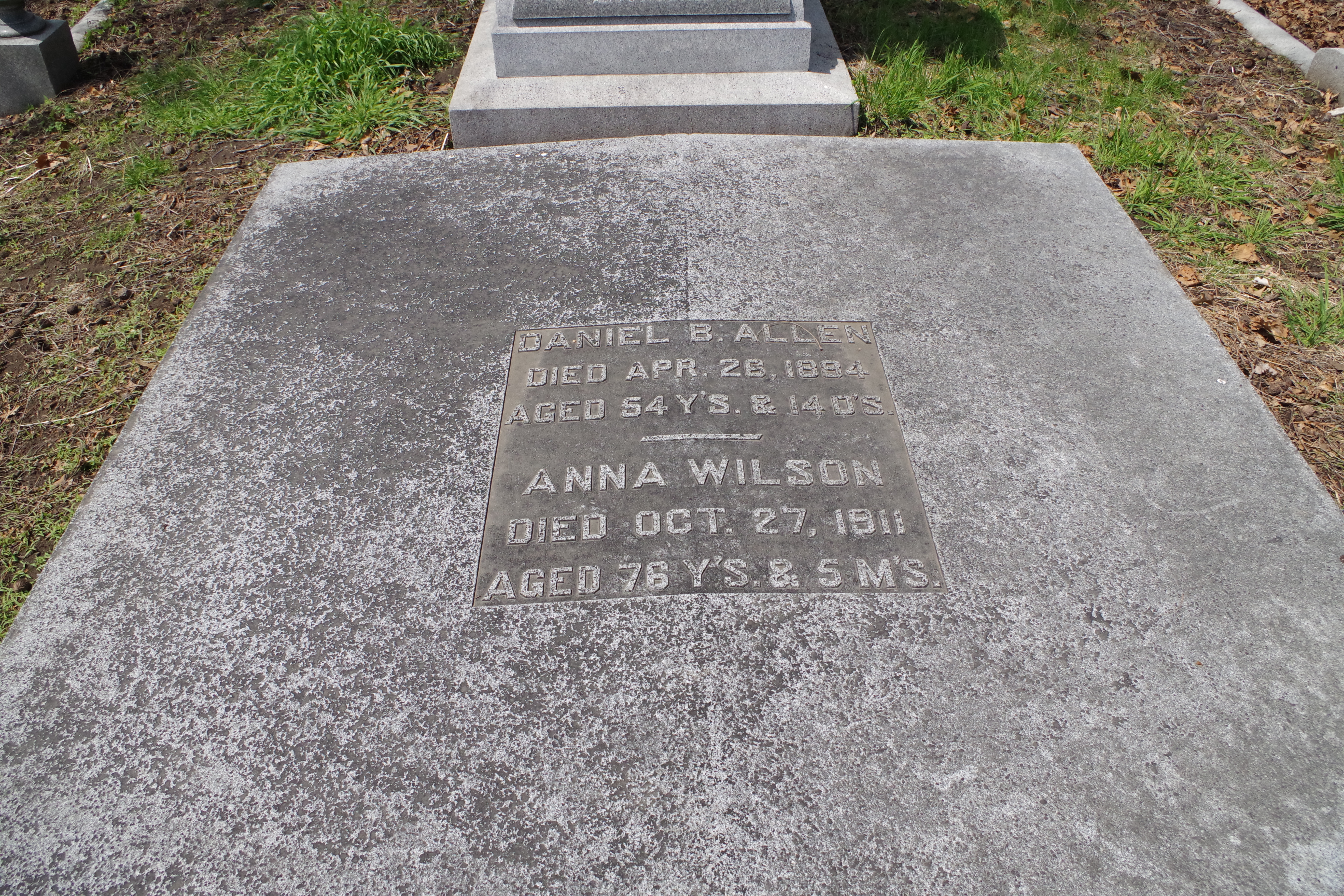 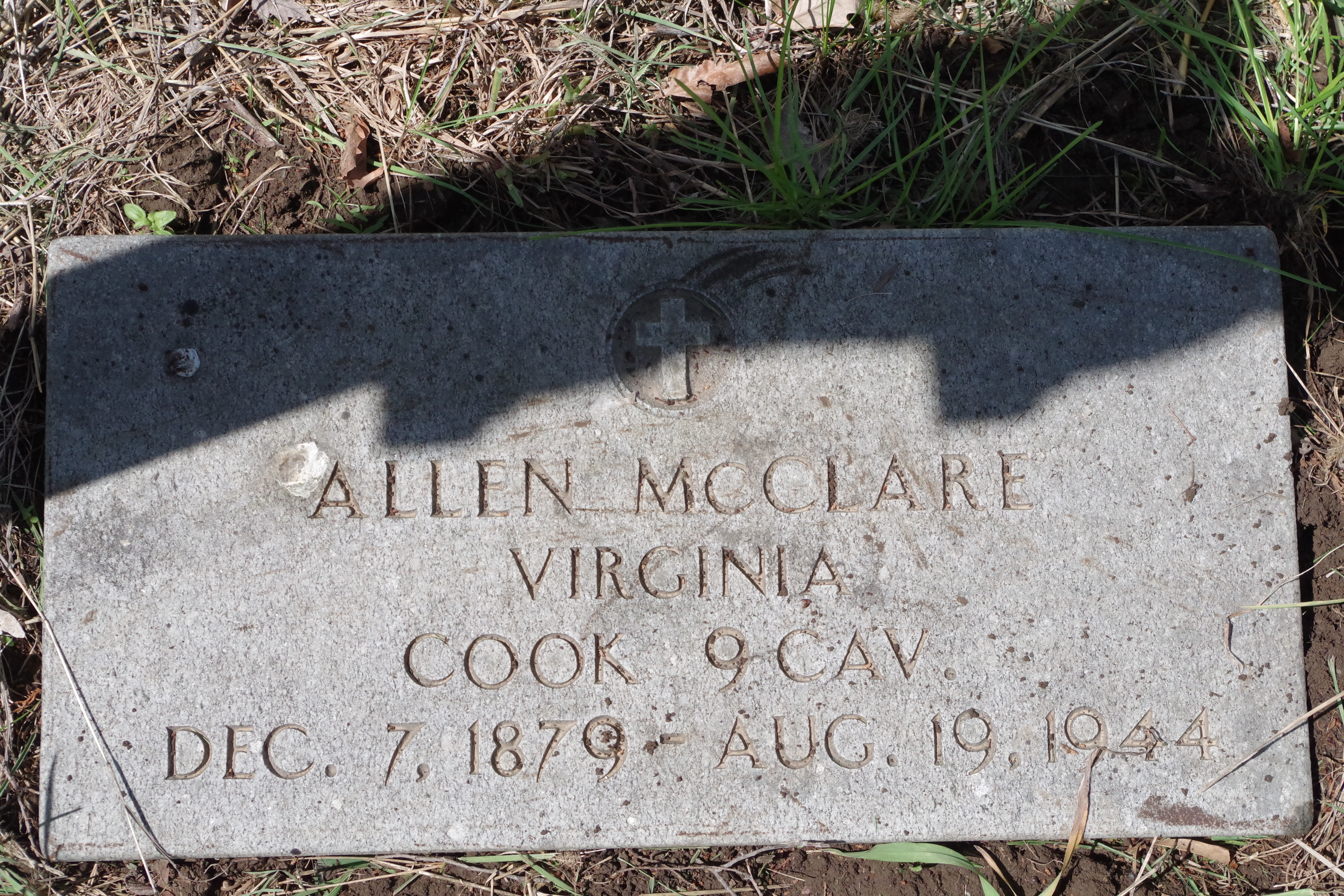 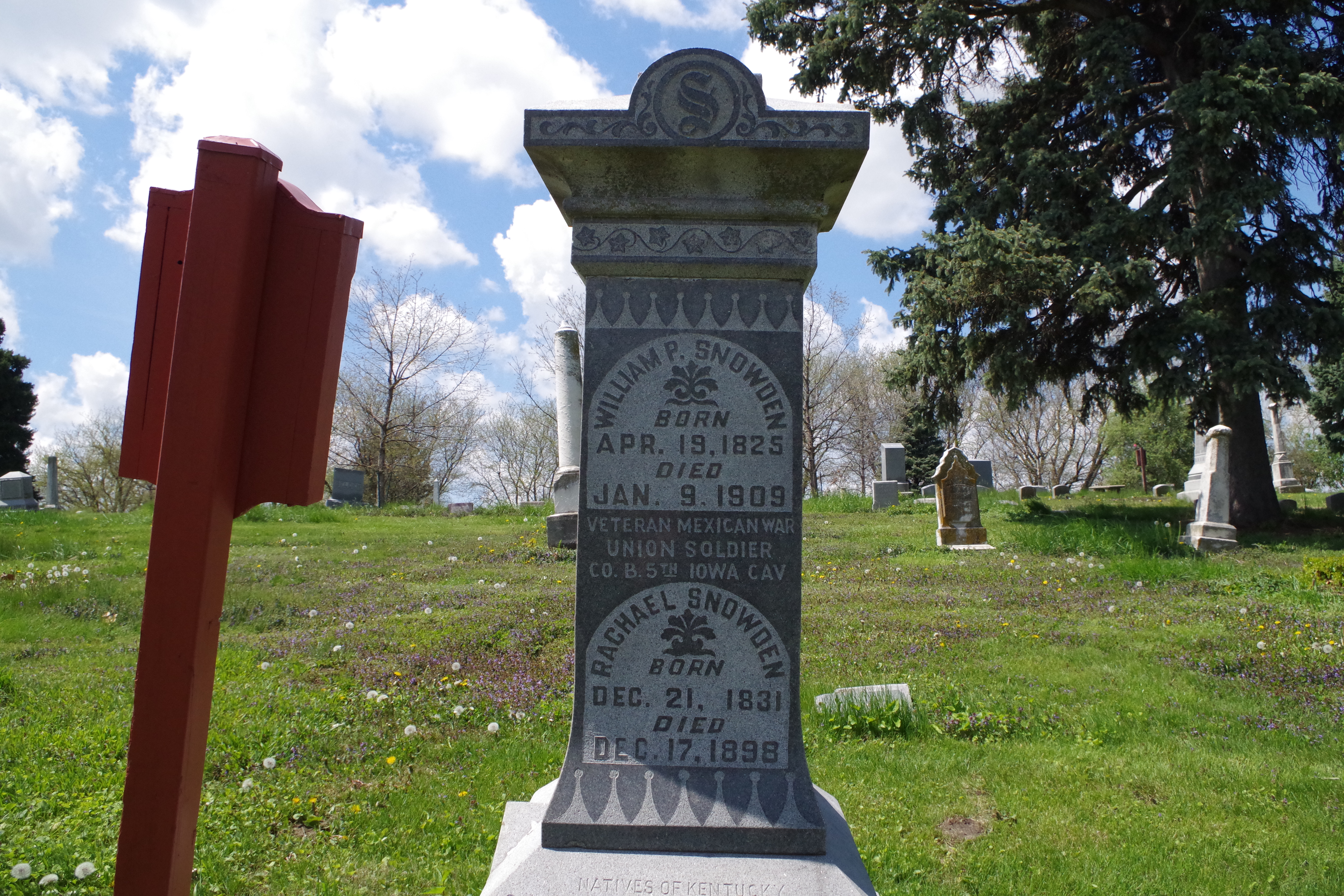 In 1858 the Reverend Moses Shinn platted Omaha City Cemetery as a burial place after authorization of the Nebraska Territorial Legislature.[1]  Shinn appointed Byron Reed, a local Real Estate magnate, to operate the cemetery, and by 1863 Reed was the sole owner  and renaming it Prospect Hill.  In 1868 Prospect Hill absorbed a portion of Cedar Hills Cemetery to the south and took the shape it has today.

Burial Permit number 1 was issued for Alonzo Salisbury, a former stagecoach driver and member of the Nebraska Territorial Legislature.[2]  Over the subsequent years many prominent Omahans have been buried on the grounds.

William and Rachael Snowden, Omaha's first permanent white residents, are buried in Prospect Hill.  The Snowdens' home was near 12th and Jackson Streets, and a marker on the building at the southwest corner of the intersection marks the significance of the home.

Another notable burial is that of Andrew Jackson Poppleton, an Omaha attorney who is best remembered for defending Ponca Tribe Chief Standing Bear in a U.S. District Court in 1879, arguing and winning the fact that Native Americans are persons within the meaning of the law.[3]

Cyrus Tator, the first person to be legally executed in the Nebraska Territory is buried in Prospect Hill as well.  Tator, a judge from Kansas, was found guilty of murdering his business partner and was hanged on August 28th, 1863.[4]  Ironically, the Judge who sentenced him to death, George Baker Lake, is buried in Prospect Hill as well.  Lake was also the judge who presided over the Chief Standing Bear trial.

The 15,000 bodies laid to rest in Prospect Hill represent the rich cultural history of Omaha.  In 1981, The Girls Club of Omaha published Project Prospect, an investigation into the more than 800 African-Americans laid to rest in the cemetery.  The project's purpose was to "acquaint youths of the Black community with the ceremonies of death, the divergence of death and interment rites among different ages, stages and cultures and to generate a resurgence of pride in Omaha's Black history."[5]  Sgt Allen McClare, a Buffalo Soldier who fought in the Indian Wars and the Spanish American War and was in the 10th Calvary which was intermingled with Teddy Roosevelt's Rough Riders on the final assault at San Juan Hill. McClare settled in Omaha, worked as a chief cook for the Union Pacific Railroad and is buried in Prospect Hill's veterans' section.[6]

One of Prospect Hills more infamous burial sites is that of Anna Wilson, "Queen of the Underworld."  Wilson ran an Omaha brothel for many years, and when she passed not only left Prospect Hill Cemetery a sizable donation, but also left her  house at 9th and Douglas Streets to the city to be used as a hospital.  At Prospect Hill's annual Memorial Day Observance, tribute is paid to Wilson in the form of a eulogy, music and a yellow rose placed at her grave.[7]

Located near the center of Prospect Hill, is a memorial to the veterans of the Spanish-American War.  Every year, the cemetery holds an old time Memorial Day Celebration with traditional music performed by The Prospect Hill Preservation Brass Ensemble and a 21-musket salute by Civil War reenactors.[8]

Prospect Hill Cemetery was designated an Historic Site by the Landmarks Commission of Omaha and the Omaha City Council in 1979.  The Prospect Hill Cemetery Historical Site Development Foundation was formed in to protect and preserve the cemetery, not only to insure the people buried within are remembered but also to inform and educate all who are interested in the rich history of Omaha and her early citizens.[9]

Dawn-Dusk for most of the year. It is recommend that you call ahead to verify hours.