Located on a narrow sliver of land at the intersection of Broadway and Telegraph Avenue, the Cathedral Building is one of the most striking buildings in Oakland. Originally known as the Federal Realty Building, the structure got its nickname because of its terra cotta spires which resemble a Gothic cathedral. 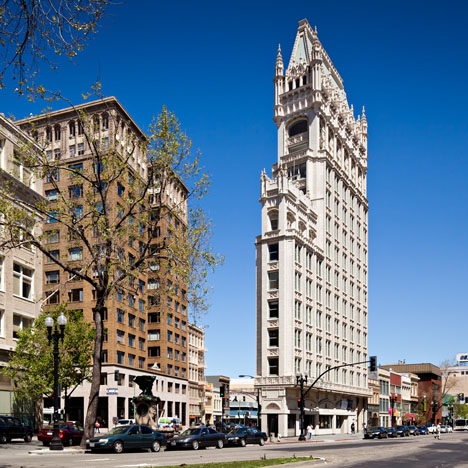 Detailed view of the Cathedral Building 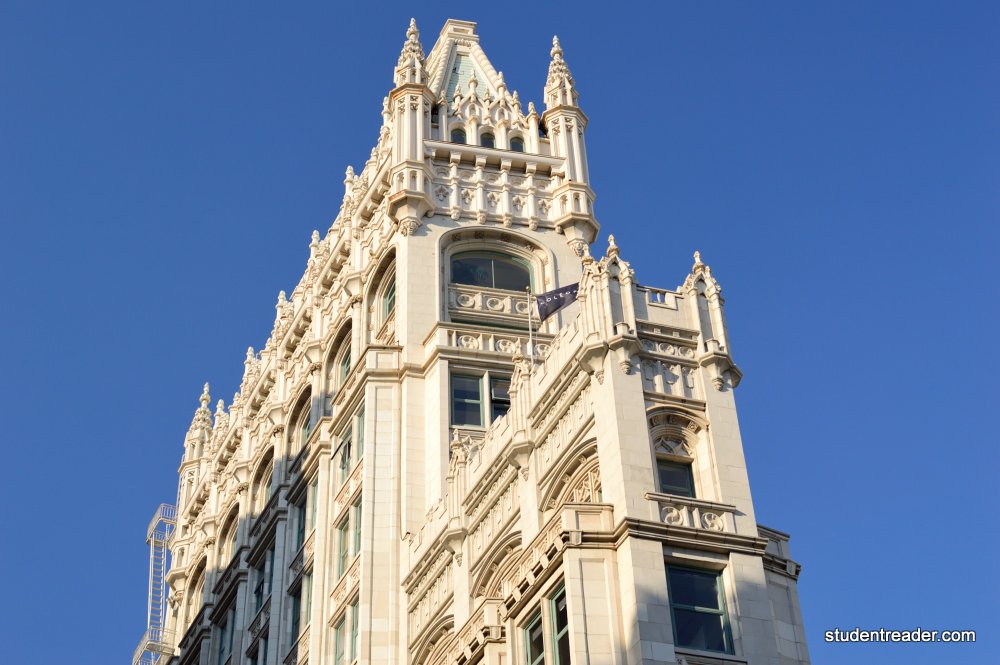 If Manhattan's Flatiron Building had an ornate, West Coast cousin, it might well be the Cathedral Building. The twelve-story building was constructed in 1914 at the intersection of Broadway and Telegraph Avenue, and because of the small plot of land it occupies, it has a thin profile similar to that of the Flatiron Building. The building's architect, Benjamin McDougall, was reportedly influenced by Manhattan's ornate Woolworth Building.

The Cathedral Building was considered to be one of the finest examples of the Gothic Revival architectural style, and at the time of its construction, it was the first Gothic Revival high-rise west of the Mississippi River.

After sitting empty for several years, the building has recently been transformed into high-end condominiums and office space. In 2015, a Bay-area artist, Zo Ziegler was commissioned to create a mural on the building's north-facing wall that commemorates the signing of the United Nations charter in 1945.

The Cathedral Building was added to the National Register of Historic Places in 1979.