Constructed in1852, this Greek Revival mansion is the former home of Confederate General Lloyd Tilghman. The home is now owned by the local chapter of the Sons of Confederate Veterans and the organization operates a museum dedicated to "The War Between the States." As one would expect, the museum offers a neo-Confederate version of history but the museum does include information about the destructive raid of Paducah by Confederate General Nathan Bedford Forrest in 1864. 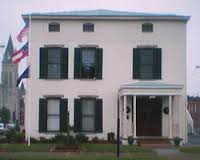 Lloyd Tilghman worked for the railroad in Kentucky, Tennessee, Louisiana, and Arkansas, but when the Civil War started he enlisted in the Confederate army while in Tennessee. 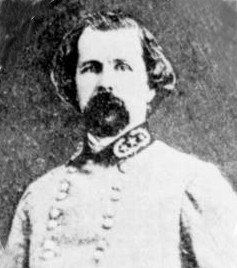 Lloyd Tilghman was fatally injured during the Vicksburg Campaign in 1863. He is buried in New York City, next to his wife. 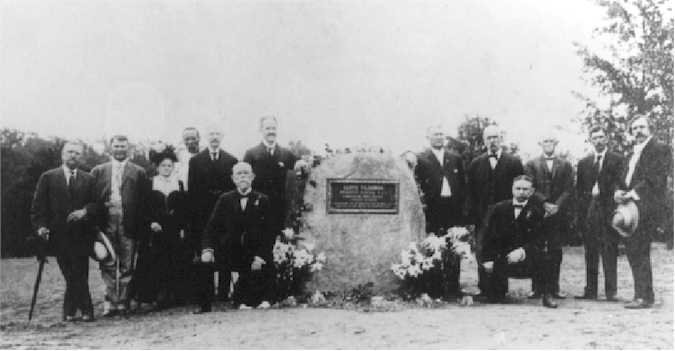 Built in a Grecian style by Robert Woolfolk in 1852, the house remains a part of the Paducah community. The house was rented to the eventual Confederate General Lloyd Tilghman until 1861. The house remained in the Woolfolk family until it was converted into a museum. Now it holds a large collection of the Civil War artifacts and memorabilia, with a focus on western Kentucky's role in the war. Like most local museums, this particular one has faced multiple crises and has survived, despite the multiple times when many predicted that the museum would close. Homes and other historic buildings such as Lloyd Tilghman House in Paducah, Kentucky, both preserve and symbolize the continued relevance of the Civil War and the continued need to consider context and perspective when visiting a museum. It is listed on the National Register of Historic Places.

Lloyd Tilghman was born on January 26, 1818. When he was 15, he enrolled in the United States Military Academy at West Point. After graduating, he left his post and took up a career of a civil engineer for the growing railroad company. In 1843, he married Augusta Murray Boyd and reenlisted in the army during the Mexican American War just 3 years after. Once the war was over, he had gained the title of captain.

In 1852, the Tilghmans relocated to Paducah, Kentucky, where Lloyd continued his employment with the railroad system throughout Kentucky, Tennessee, Mississippi, Louisiana, and Arkansas. In response to the outbreak of the Civil War, Lloyd joined the Confederate army while in Tennessee. He was appointed as colonel of the Third Kentucky Infantry Regiment on October 5, 1861, and rose to a brigadier general as he lost to Union troops at Fort Henry in February 1862. Even though he lost, Confederate President Jefferson Davis praised Tilghman’s efforts at Fort Henry. Following the surrender, Tilghman was taken hostage but was freed during a prisoner exchange in July and was sent to Mississippi.

In the spring of 1863, Tilghman served during the Vicksburg Campaign and was fatally injured with an artillery shell as he was overseeing a Confederate cannon. Lloyd’s son and assistant, Lloyd Tilghman Jr., moved him away from the battlefield. Initially, Lloyd was laid to rest in Vicksburg. However, in 1902, Tilghman’s two surviving sons relocated his remains to New York City to be reburied by his wife.

Tues.-Sat., Noon-4 PM, April-November, and by appointment throughout the year.