The Hinkle-Murphy House, constructed in 1887, has the distinction of being the first Georgian Revival-designed home in the Minnesota. Architect William Channing Whitney (1851-1945), who would later design the Minnesota Governor's Residence, designed the house and introduced the Georgian style to the state. It is named after two of its owners, William Hinkle and William Murphy, both of whom were successful businessmen. Hinkle, the first to live in the house, was the leading flour manufacturer in the city. Murphy was the owner of the Minneapolis Tribune and moved into the house in 1901, remaining there until his death in 1918. Today the house is the location of a law firm. It was added to the National Register of Historic Places in 1984 and can be easily seen from the street.

Built in 1887, the Hinkle-Murphy House was the first Georgian style structure in Minnesota. 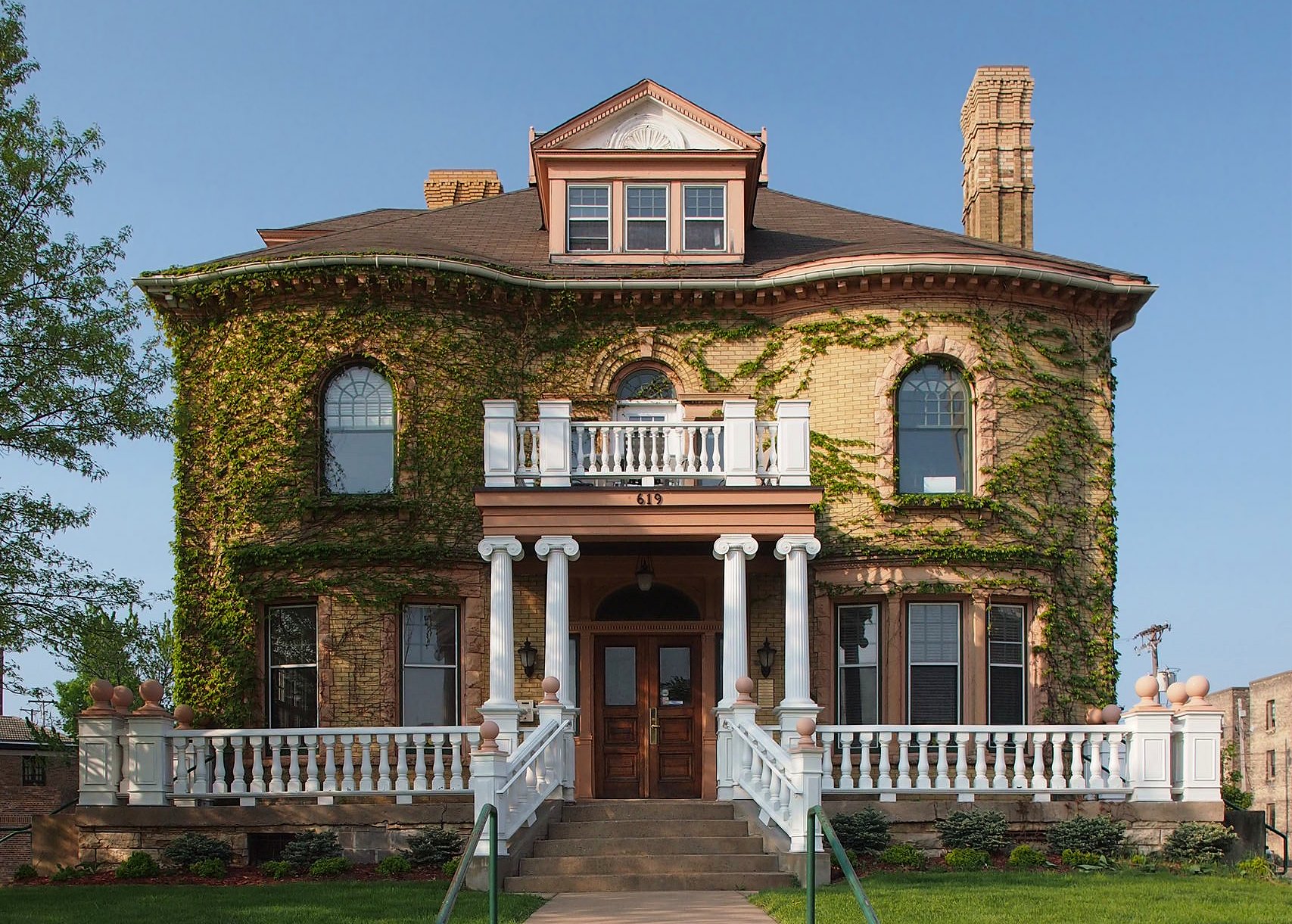 The house is somewhat isolated as it is surrounded by parking lots, giving it a sense of prominence in the immediate area. Its architecture supports this as well. Features include a double-bowed front exterior, a first-floor porch and a small second-floor porch over the main entrance, and four Ionic columnns supporting the upper porch.