Calhoun College is a residential affiliate school to Yale University, and is owned and controlled by the Yale Corporation and its board of trustees. Nestled away in a bustling community in Connecticut, the main complex sits on the street corners of College and Elm in New Haven. It was founded in 1641 by John Brockton and grew steadily over the next two and a half centuries until it's rights were purchased by Yale. Named after John C. Calhoun, a known Confederate and white supremacist, recent pushes to rename the college found to be successful as the Board of Trustees elected to rename the school after alumni Grace Murray Hopper, a measure that will take act in late 2017.

View from College Street of the main building of Calhoun College. 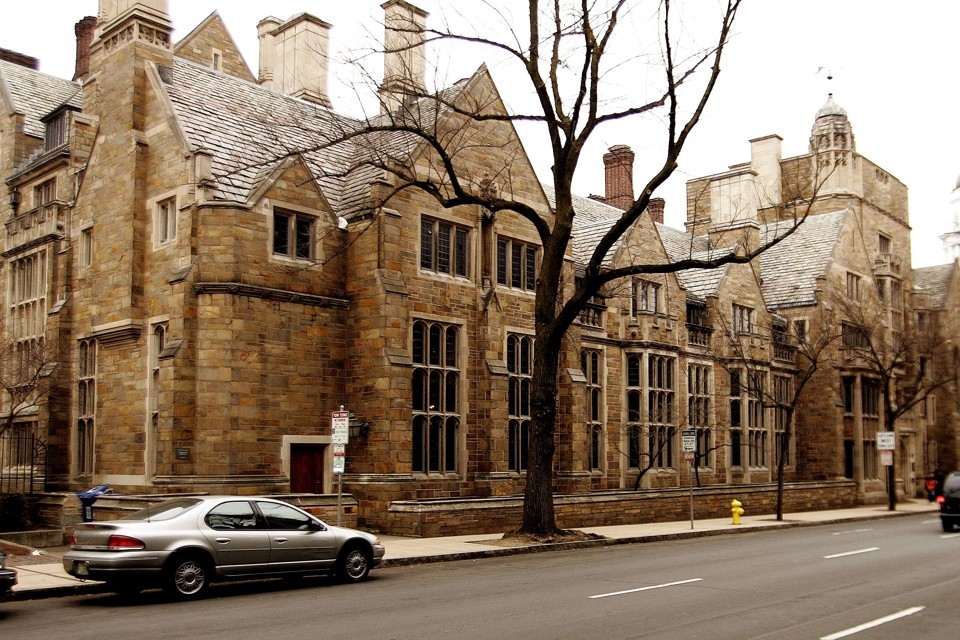 The first evidence of Calhoun College and the land it occupies dates back to 1641 when an educated farmer named John Brockton broke soil and used it for farmland and teach sparingly in buildings on the property. As the American Revolution passed, so did Mr. Brockton. After his death a inn was built for people passing between ports in Massachusetts and New York. Soon it became a meeting hall for a Fraternity called Phi Beta Kappa.

Similar structures rose up and with it came education buildings. Some point before 1800 the college was officially founded. It grew steadily for the next half century until another larger, more prestigious school, Yale University purchased it in 1831. The movement of residential college plans practically industrialized Universities, and Calhoun did not have enough capital to innovate. Yale made it an affiliate school that would house the Yale School of Divinity.

The school, Calhoun College, was named after John C. Calhoun. He was a lifelong politician in the southern states, particularly South Carolina. He forged principles of secession that led to the Civil War. He publicly advocated slavery, and was a known white supremacist. He served as a Confederate political leader during all years of the civil war.

In recent years, the school's association with his name have drawn controversy. As recently as  April of 2016, announcements were made that no changes would be made, despite the correlation of racism with the name. Although, as demand rose from all around the country, and even Alum, the Yale Corporation Board of trustees decided to meet and consider options.

Yale President, Peter Solovey, Yale University Dean Jonathan Halloway, and Calhoun College head Julia Adams spearheaded an agenda to rename the college. From this decision, a committee of professors from Yale and some and it's twelve affiliate schools was formed to find an appropriate name. After extensive research and polling of Alumni they settled on an alum named Grace Murray Hopper.

A lifelong scholar and person of service, Grace collected numerous accolades. She had a doctorate in Computer Science and Mathematics. She took a break in her career to enlist in the Navy for World War II. Upon return, she created the very first computer language (code) compiler, which made it possible for humans to program the first computers. She also wrote the first languages for these compilers to read. She was drafted back into the Navy at age sixty where she served an additional nineteen years, reaching rank of Admiral.

The committee of professors formed from the decision to rename is still together and working today. They continue to search for conflicts of naming among schools and other institutions. Recently, they have called upon major Universities such as Princeton and Texas to make changes to their halls and affiliate colleges.