Fort Independence on Castle Island has a long history of defense in the Boston Harbor. Today, it has been transformed into a popular destination for tourists and locals alike who want a brief getaway from the hustle of metropolitan Boston. The first edifice constructed on the island was a British fortification built in 1634, which underwent several transformations before the British destroyed it themselves during the American Revolution. The United States military took control of the island and established their own armaments. Congress authorized funding for a new fort that was constructed between 1833 and 1851. This fort stood through the American Civil War and World Wars I and II. Eventually, it was preserved and the space surrounding it was turned into a public park. 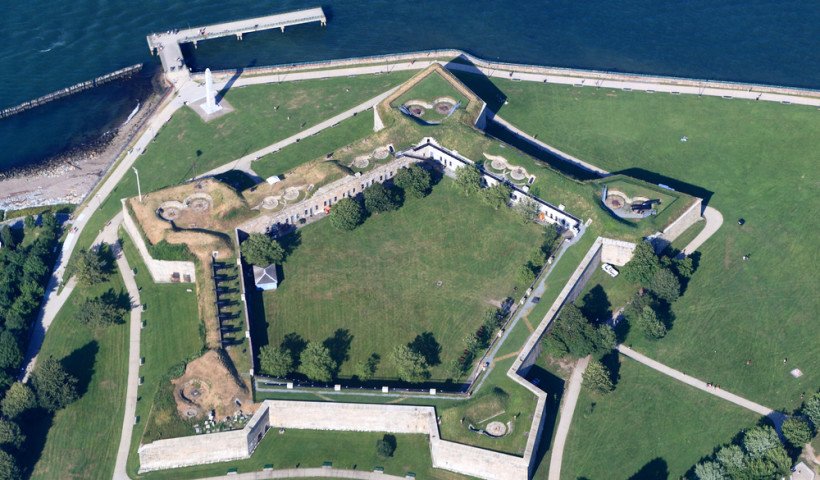 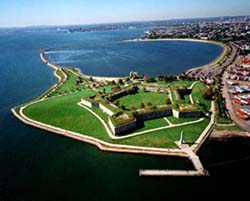 Fort Independence is the oldest fortified site of British origin in the United States.  It was first erected in 1643 on Castle Island and has been transformed eight times since the original construction.  The present fort was built between 1833-1851.  The five-sided structure is shaped like a pentagon. It stood alone on the island at a strategic point in the Boston Harbor until 1928.  That year, the roadway connecting the island to the main hub of Boston was opened to make travel to Castle Island easier for tourists and locals who needed a day away from the busy city.  The island had been connected to the mainland around this time when a port facility was built between the two pieces of land.

The fort was used as a headquarters for the British military during the colonial era.  They abandoned and destroyed their own fort as they evacuated Boston in 1776.   While the British held the fort from its earlier construction until 1776, it was referred to as “the Castle” or “Castle William.”  After the British abandoned the Fort, it was quickly taken over by American forces and officially re-named as Fort Adams. Later, in 1797, the name “Fort Independence” was transferred to the fort from an existing armament north of Boston (in Hull) leaving that fort without a name.  Construction of the existing fort (beginning in 1833) was supervised by Colonel Sylvanus Thayer, one of the nation's leading military engineers of the time. Fort Independence was in operation throughout World War II.  It never saw much action after the American Revolution.  During the Civil War, it was used for training soldiers.  Small arms ammunition was stored at the fort during World War I and later, during World War II, it was used primarily as a degaussing station for ships entering Boston Harbor.

After the federal government had no use for the fort, they turned it over to the Massachusetts Department of Conservation and Recreation. You can tour the fort by self-guide, with the help of signs, or by group with the Castle Island Association. Tours of the historic building are free. The Fort is open to public from Memorial Day to Columbus Day.

Fort Independence offers many public amenities during the summer months. It has direct access to three miles of beaches with active lifeguards on duty.  The park provides outdoor courtyards for recreational use. Fort Independence and Castle Island are both listed in the State and National Registers of Historic Places.

The park is open from sunrise to sunset. Free tours of the Fort run every Saturday & Sunday from 12:00 noon to 3:30pm.