Gettysburg's Seminary Ridge Museum was founded to interpret and share the history of Seminary Ridge and its role within the Battle of Gettysburg, one of the major turning points of the Civil War. Museum professionals restore artifacts and offer exhibits that share the history of this place within the larger history of the American Civil War. The museum is located in a building constructed in 1826 by Samuel Simon Schmucker and the name of the ridge is related to this area's use as the first seminary in the area. This ridge was the location of the Confederate headquarters during the battle and was also the site of a massive military hospital in the months that followed the battle. Brigadier General John Buford used the domed cupola atop the building to view the battlefield during the first day of the battle. The museum opened in 2013, the 150th anniversary of the Battle of Gettysburg.

Seminary Ridge Museum, which served as Confederate headquarters, military hospital, and lookout over the course of the five day battle at Gettysburg. 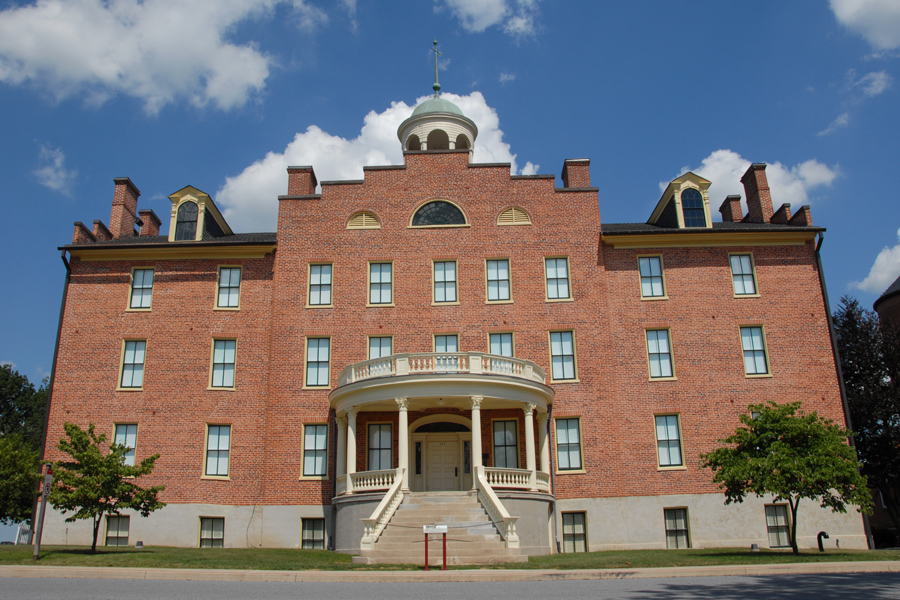 The Hospital Exhibit is just a small part of one of the interactive programs the museum has for its younger guests. Here, students can learn about the medical practices of the Civil War and the medical advancements made since then. 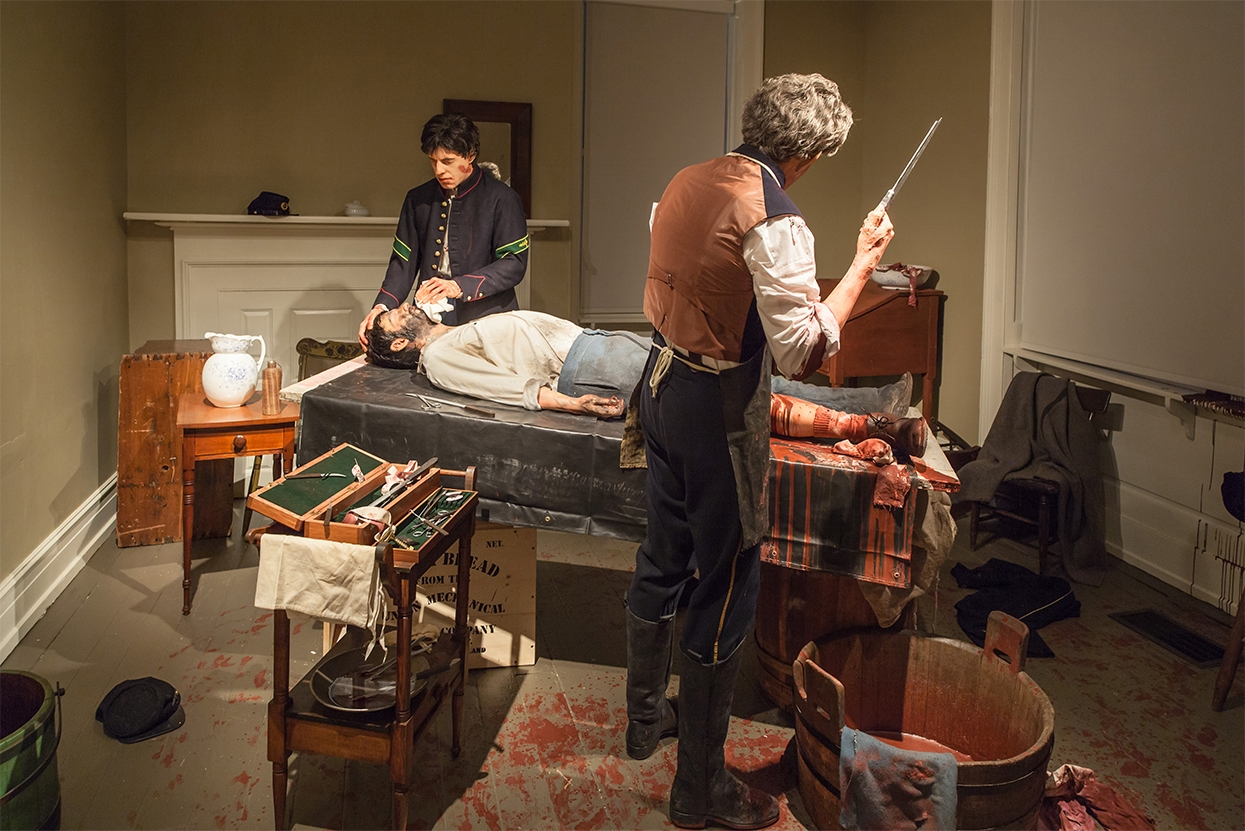 The Cupola, or steeple, where Brigadier General John Buford and Lieutenant Aaron Jerome watched the first day of fighting on July 1st. Their observations allowed Buford and other Confederate leaders to plan accordingly. 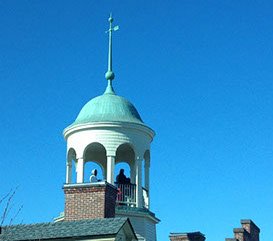 Seeking to force Lincoln into considering a negotiated peace on Confederate terms, General Robert E. Lee moved his forces out of Virginia and into Pennsylvania in late June, 1863. Lee's invading army was pursued by Major General George Meade who was appointed to replace General Joe Hooker that same month. The two forces collided in Gettysburg on July 1st and the Confederate forces secured a position on Cemetery Hill. Seminary Ridge ran perpendicular to the Union stronghold and the building Schmucker had constructed forty years earlier provided cover and a lookout for Confederate forces as the war raged until Confederate forces withdrew on July 3rd.

Samuel Simon Schmucker, the son of a Lutheran pastor and a devote Lutheran, established the Lutheran Theological Seminary in Gettysburg in 1826 and served as its president. A firm believer in the education of both women and more liberal towards the education of people of color than most whites in the antebellum era, Schmucker founded several girls’ schools and admitted the seminary’s first Black student in 1837. When the war came to his doorstep, many people used the school to take shelter from the fighting and Schmucker’s personal offices in the building were ransacked by Confederate soldiers upon its capture.

The main building became a useful tool for the Confederate forces, especially those under Brigadier General John Buford. He, along with his staff, and Lieutenant Aaron Jerome, an officer with the Signal Corps, used the Schmucker Building as a base of operations where they could easily view movement of troops during the first day of battle. It was from this location that they made the informed decisions that helped to lead to a significant setback for the Union forces on July 1st. While in the shadow of Seminary Ridge, Lee chose to continue the fight beyond that first day. However, by July 3rd and following Pickett’s unsuccessful charge across the battlefield, the Union was able to reclaim Seminary Ridge and the Schmucker Building. After the battle, the building became a hospital which housed and treated hundreds of soldiers from both sides of the conflict until mid-September.

When Schmucker was able to finally return, he along with several others began the process of buying the land where the battle took place in hopes of preserving the site of the battle. This land later became what was known as Battlefield Park and this museum preserves the history of the effort to preserve the battlefield and the former seminary in addition to the battle itself. The museum offers interactive programs and also shares what life was like for civilians and soldiers in the Civil War.