Pioneer Park Cemetery dates back to the 1840s and combines the remnants of four cemeteries, portions of which came under the city of Dallas's control in 1951. Now located near the city center, the site for the cemetery was outside the small town of fewer than 1,000 residents when the first headstones were erected in the early 1850s. The last burial occurred at the cemetery in 1921 and today its 800 gravesites are bounded by the Kay Bailey Hutchison Convention Center and Marilla Street on the south and east, Griffin Street on the west, and Young Street to the north. Numerous city leaders and founders are interred within its confines and it was designated a city landmark in 2002 and features several monuments.

The Pioneer Park Cemetery with the Confederate Memorial and part of the Kay Bailey Hutchinson Convention Center complex in the background. 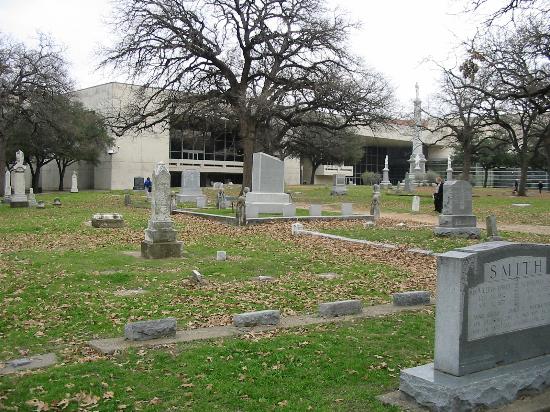 An example of some of the funerary art located within the cemetery. 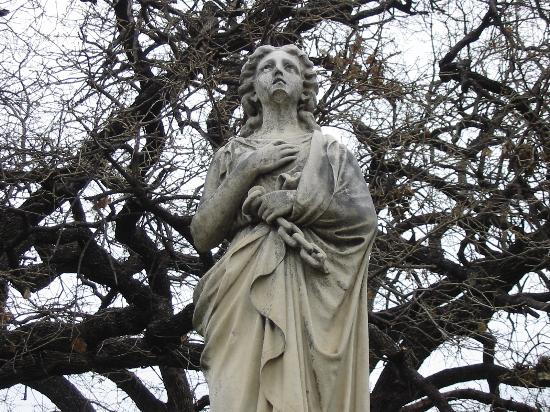 One of many historical markers placed at the graves of notable people who contributed to the development of the city, Alexander Harwood in this instance. 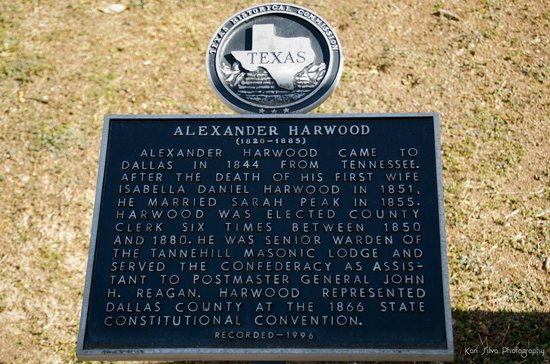 This old photo of the cemetery shows the city growing up around it. The tall structure in the background is the Magnolia Building. 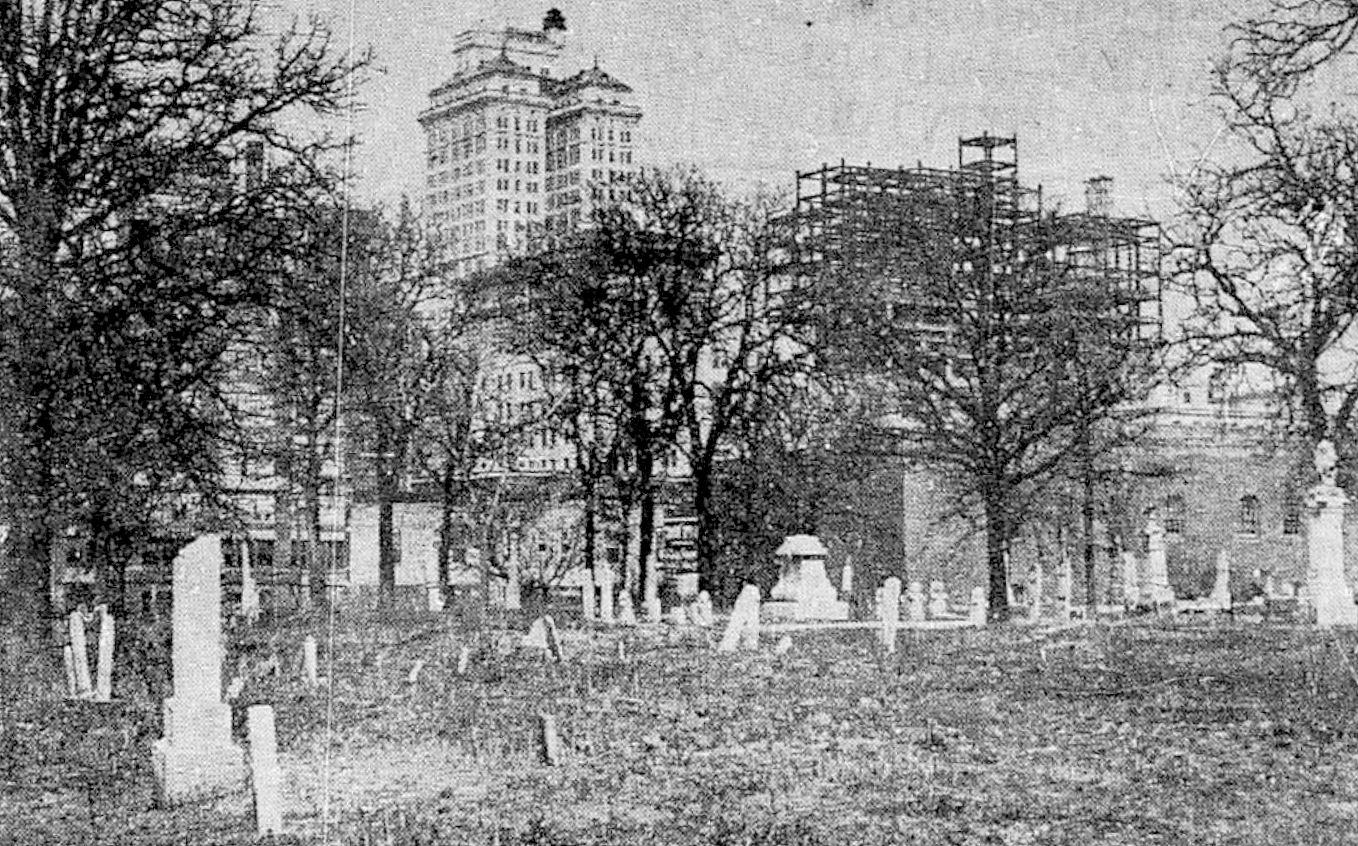 The current Pioneer Park Cemetery is all that remains of the Masonic, Odd Fellow’s Jewish and Old City Cemeteries that trace their roots back to the 1850s, which is only a decade after John Neely Bryan established what would later become the city of Dallas in 1841. While those interred in the Jewish section were relocated by the Hebrew Benevolent Association in 1956, the same year the Dallas Memorial Auditorium was built, the most of the other three cemeteries remain intact.

Despite the fact that the cemetery contains the remains of three veterans of the War of 1812, nine members of the Texas Revolution, six mayors of Dallas, and numerous Civil War veterans, it fell into a state of disrepair and neglect by the late 1800s. Headstones were vandalized and the only thing that checked the growth of weeds was the livestock that wandered the grounds. In 1907, the Santa Fe Railroad, while excavating along the cemetery’s western edge, unearthed numerous remains and, according to the Dallas Morning News, “…hauled away dirt strewn with bones by the wagon load.” There was a movement to disinter all the remains in order to make way for a warehouse in 1922, but local outrage prevented those plans from moving forward.

In 1961, the 60-foot Confederate Memorial, that had been located in City Park, was moved to Pioneer Park Cemetery and still resides there today and by 1969 the city had taken control of the entre cemetery. The cemetery is also home to the Bryan Memorial which honors the city’s founder. In 1973 the Dallas Convention Center complex encroached on the cemetery and in 1999, when the convention center’s vehicular entrance was renovated, human remains were discovered and had to be removed and re-interred within the cemetery.

Some of the more notable people buried at the Pioneer Park Cemetery include:

Juliette Abbey Peak Fowler – Prominent philanthropist and charitable volunteer devoted to the causes of orphans and the elderly; founder of Juliette Fowler Homes now the Disciples of Christ Church.