The Jewish Museum of New York opened in 1904 and is the oldest museum dedicated to Jewish history in the country. 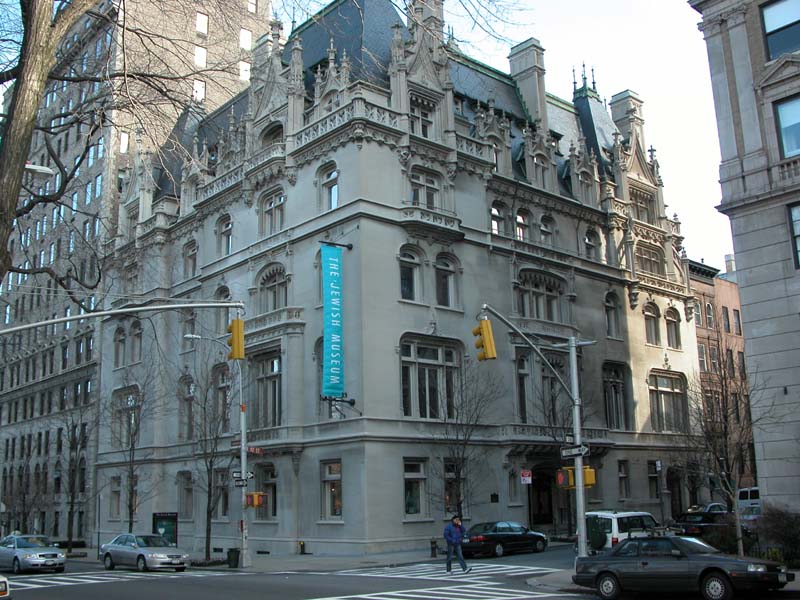 The Museum began after Judge Mayer Sulzberger donated a collection of art to the Jewish Theological Seminary library. With the donation, he made a suggestion that a museum be created for similar works like the ones he donated. The library served as a museum until 1944 when Frieda Schiff Warburg donated her mansion on 92nd street to the Jewish Theological Seminary. The mansion was to be used as a museum for Jewish art, and thus, the Warburg's mansion has served as the Jewish Museum since 1947.

However, the Museum has expanded beyond the original mansion. In 1959, a sculpture court was built beside the mansion. Then, in 1963, a new building, the Albert A. List Building, was constructed to add additional space for the Museum. This would only be the beginning of the Museum's expansion. Under the leadership of Joan Rosenbaum, the Helen Goldsmith Menschel Director of the Museum from 1981 to 2011, the Museum doubled in size to add room for educational programs and exhibits.

During the expansion from 1990 to 1993, a permanent exhibit was incorporated into a two-floor plan. The exhibit is called Culture and Continuity: The Jewish Journey. There are 800 works of art in this exhibit, and these works trace the Jewish experience from antiquity to present day. According to the Museum's website, this exhibit explores two important questions: "How has Judaism been able to thrive for thousands of years across the globe, often in difficult and even tragic circumstances? What constitutes the essence of Jewish identity?" The exhibit tries to answer these questions by showing how Jewish culture has adapted to changing circumstances while holding strong to Jewish values.