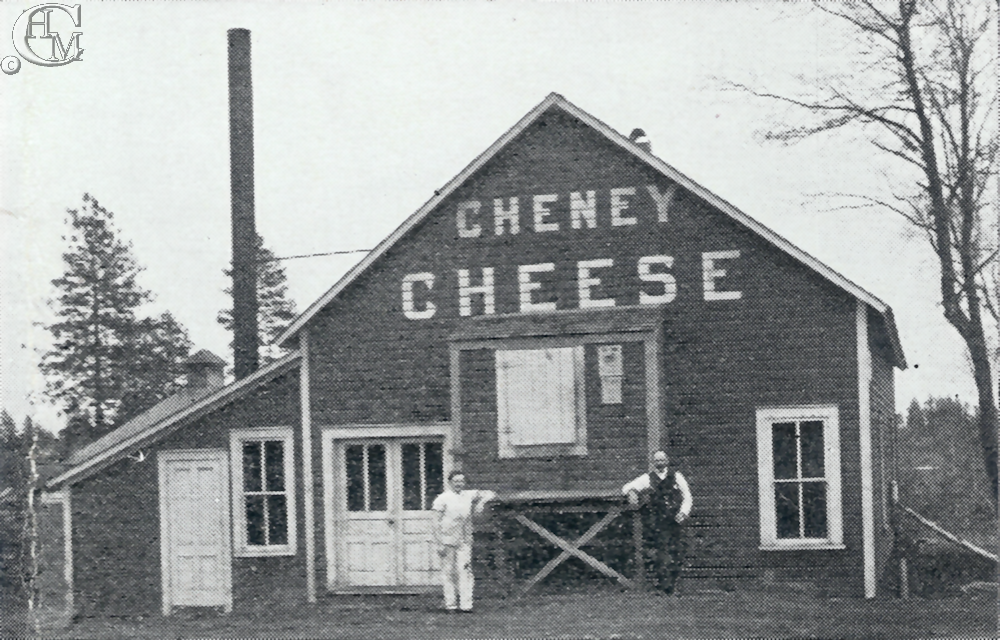 Frederick Reuter opened the Cheney Cheese Factory on May 4, 1903, of which he was sole owner and proprietor.  The factory processed 4,000 pounds of milk a day into cream cheese of such excellent quality it took first prize at the Washington State Fair in Yakima the year Fred entered his product in competition.  This business venture proved to be a great boost to the economy of Cheney and surrounding rural areas.

The Cheney Cheese Factory gives a splendid market to the farmers for their product and pays them from $1,200 to $1,800 each month.

At the time, Cheney produced about one-third of the cheese sold in the State of Washington, since a large portion of the milk produced, especially on the west side of the state, was going to the production of evaporated and sweetened condensed milk.

After years of suffering from the pains of rheumatism aggravated by his work in the cheese factory, Fred was finally forced to give up his thriving business about 1915.

Frederick Reuter served on the City Council, was a member of the Odd Fellows, served as Cheney's Postmaster for 8 years, and served with Cheney's Police Department for 9 years.