Dawson's Row was a group of six dormatories constructed by the University of Virginia in 1859. The neighborhood was named after the first person to donate to the school (not including book donations). Though the dormitories were demolished by the 1950s, the current buildings bearing the Dawson's Row address stand near the originals. They house the W.E.D. DuBois Tutorial Center, Luther P. Jackson Cultural Center, and the Office of African-American Affairs. The latter is located at #4 Dawson's Row (also known as the Luther P. Jackson House). 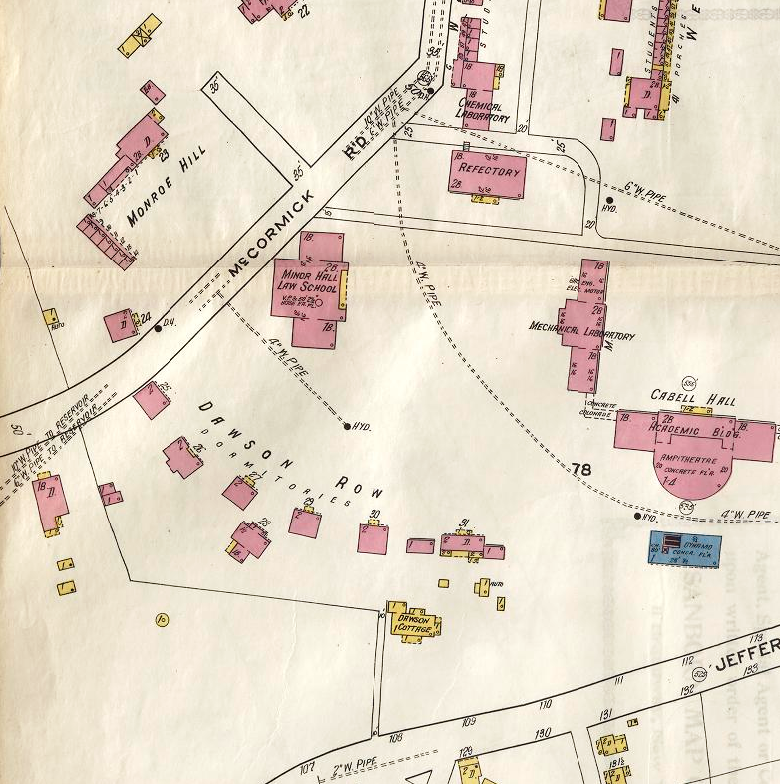 Luther P. Jackson and a Life for Civil Rights (New Perspectives on the History of the South) 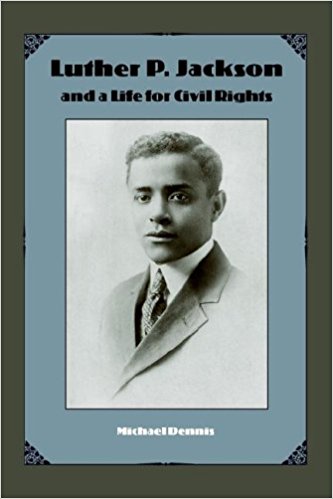 Following his death in 1835, Martin Dawson (born 1772) donated 500 acres of land to the University of Virginia to be used for harvesting firewood. In his will, he also freed his slaves, leaving them each with $200 to start their new lives, and donated money to the foundation of three free public schools. Dawson was an occasional supplier to Thomas Jefferson, who resided at nearby Monticello. He also purchased 256 acres of land from Jefferson below Milton in 1817.

Dawson's donation was the first of its kind to be offered to U.Va. The land was sold and its proceeds were used in the construction of six dormitories (identified with the letters A through F). These were erected in 1859, though a House G was added several years later. In 1912 and 1913, the land around Dawson's Row was leveled and graded to create terraces that would connect the buildings to one another and with Minor Hall. Until they were individually demolished between 1931 and 1953, the buildings served as student housing for the university. For example, in the late 1800s, fraternities did not have dedicated houses and instead the inhabited residential structures (including Dawson's Row) scattered across campus.

Dawsons Row #4 was built in 1855 as a parsonage. It was the first building on the Grounds constructed for a religious purpose. This building was maintained by the YMCA in the early twentieth century. Since 1976, the building has housed the University's Office of African-American Affairs. The OAAA is tasked with "the creation of a supportive environment which promotes the students’ full participation in the University’s extracurricular life and enhances the sensitivity of the larger community to the needs, interests, and culture of African-American students."1