For almost thirty years, Pheonix's first Mormon meeting house stood at this location from 1919-1948. It is located in Heritage Square, a park featuring museums—including the Rosson House—art galleries, restaurants, a coffee bar, ten restored buildings, and a lath structure based on 19th century designs of a beer garden or conservatory. The marker is attached to an exterior wall of the building seen in the street view (the marker itself is behind the art displays). The congregation had 300 members in 1919 and over the next decades and by 1948 outgrew the size of the meeting house. Another congregation bought the building and remained there until 1969 at which point it was demolished. The building was modeled on the southwest style developed by famed architect Frank Lloyd Wright. 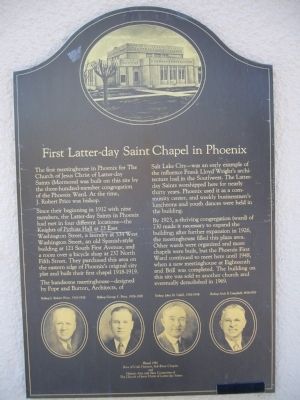 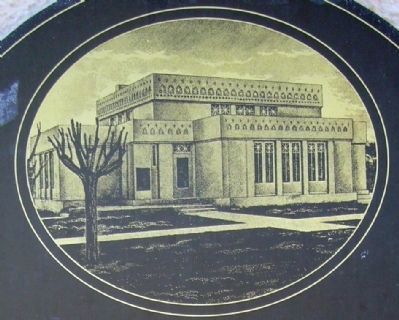