Fort Johnston was a British fort, later a United States Army post, originally built by the British to protect the lower Cape Fear and the town of Brunswick from French and Spanish attack in 1748. Fort Johnston played a crucial role in the Stamp Act crisis, the Revolutionary War, and the Civil War. The only part of the fort that remains today is the officers' quarters, which is used as a museum. 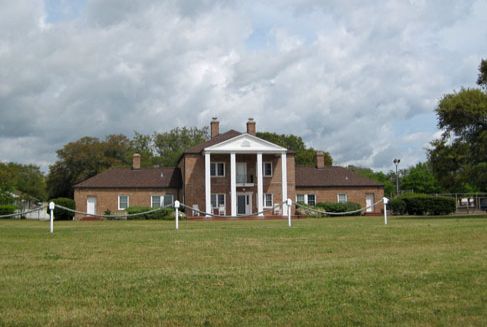 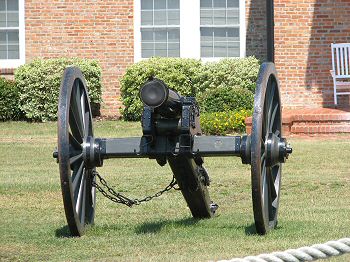 Historical marker for the fort 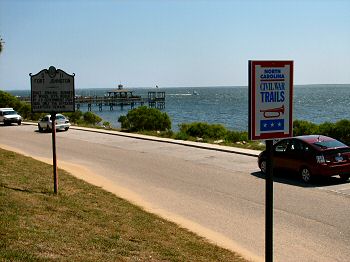 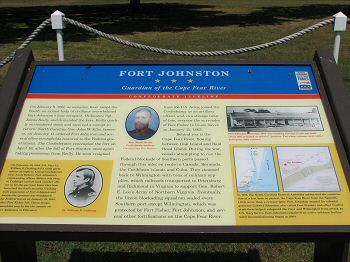 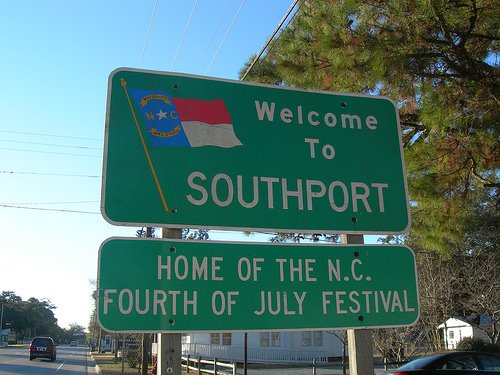 Construction to build Fort Johnston began in 1748 from orders given by Governor Gabriel Johnston, whom the fort is named after. Work on the fort was not complete until 1764, but the original need for the fort was no longer there.

In 1766, Fort Johnston was threatened by American resisters to the Stamp Act. Then from 1766 until 1775, things were peaceful on and around the fort. The fort came under attack again in the early 1170s, when tensions grew between the British and American colonists. Fort Johnston became a place of refuge for Royal Governor Josiah Martin in May of 1775. He heard of the American's plan to attack the fort, so he escaped just in time. When he escaped, a group of Whigs, led by Cornelius Harnett and John Ashe, took over Fort Johnston and burned it to the ground. This was marked the first act of violence against the British in North Carolina. The fort was later rebuilt between 1794 and 1809 by the new federal government to what we can see today.

Nearby in Oak Island, Fort Caswell was built in 1825. This fort surpassed Fort Johnston in importance.

During the Mexican War, the fort was used as a recruitment and training facility. Fort Johnston was part of the Cape Fear Defense System during the Civil War, and contributed to the Confederate protection of Fort Fisher. On Feb. 21, 1881, the U.S. government ended Fort Johnston’s role as a seacoast defense. But, the grounds were still useful. From June 1881 through the present day the fort’s buildings have been variously used by the U.S. Signal Corps, the Weather Bureau, the U.S. Army Corps of Engineers and the U.S. Surveying Corps. The fort was officially given to the City of Southport in 2006.

On the grounds of Fort Johnston today, Cannon "Thor" can be seen. It is nicknamed "Thor" from the mythical god of thunder. It is Southport's full-size replica of a 1841 bronze 6-pound cannon. in May of 1991, Cannon Ltd. of Coolville, Ohio built the cannon for Robert C. DeHaven. "Thor" can be seen in Ted Turner's film "Gods and Generals." DeHaven then gave it to the Southport Historical Society to be used during special events in Southport, most notably Southport's famous Fourth of July celebration and parade.

Every summer the people of Southport prepare for the biggest celebration of the year - The Forth of July Festival. They have been putting together the festival for over 200 years. The celebration has grown from colonial times when ships lay anchor in her harbor and shot their cannons to today's festival where 40,000 to 50,000 people come each year from all over to take part in the festivities. The town's people put together games, entertainment, arts and crafts displays, a parade, and fireworks to end the day. It was incorporated as the N.C. 4th of July Festival in the year 1972.

Use of pictures taken by Morgan Eggleton.