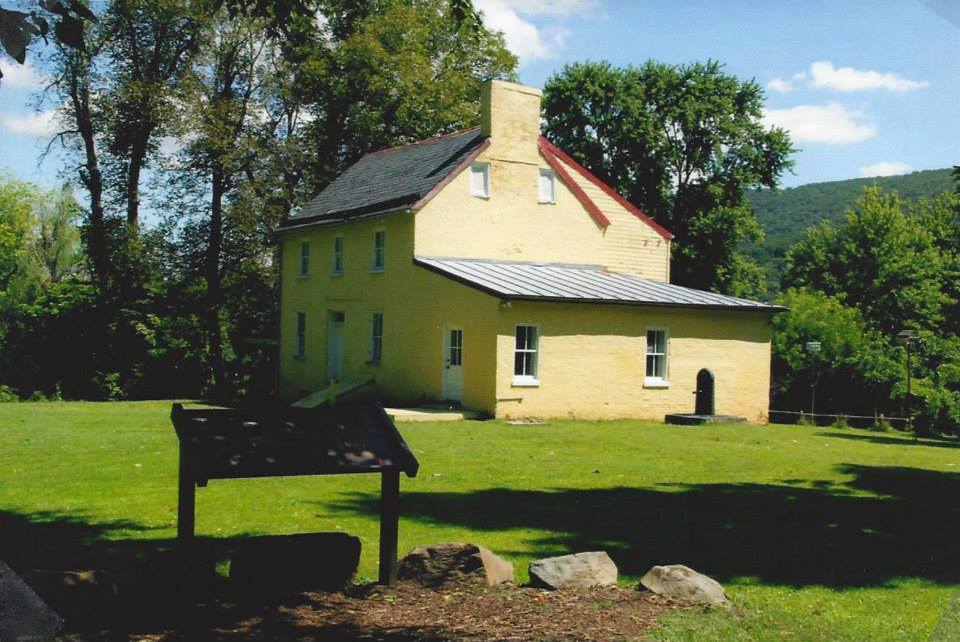 Members of the 22nd New York State Miltia pose with the lodge building in the background. Image obtained from the Virginia Lodge No. 1 website. 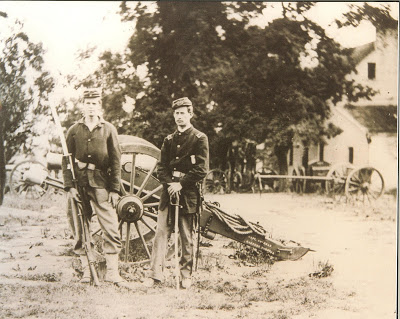 The structure that became the Harpers Ferry IOOF’s lodge was built around 1834 by the U.S. government and was originally designated as Armory Building 23. For nearly twenty years the building served as one of the U.S. Armory’s armorers. During the Civil War the building was used as an office for the Union Provost Marshall, who acted as the military police, and soldiers were imprisoned here. In the summer of 1862, photographers from Matthew Brady’s studio used the building as a backdrop to photograph members of the 22nd New York State Militia, who were stationed in Harpers Ferry at the time. Around this time many soldiers wrote graffiti on the walls, which survive to this day. There is a rumor that Abraham Lincoln spent the night in the building on October 1, 1862 while visiting the Army of the Potomac, but there is no documentation to prove this claim. When the Civil War ended, the government donated Armory Building 23 to Virginia Lodge No. 1.

Virginia Lodge No. 1 can trace its origins back to the 1700s with the creation of a new fraternal organization in England known as the Odd Fellows. The organization was named because of their charitable activities, which were considered very unusual at the time. The Order was based on the principles of Friendship, Love, and Truth. Its goals were to provide assistance and support to the sick, the orphaned, the widowed, and to provide a proper burial for members. Odd Fellows lodges were established all over England, and in 1819 the first lodge was established in the United States. In 1842 the American lodges split from England, renaming themselves the Independent Order of Odd Fellows.

On May 4, 1833, a lodge was chartered in Harpers Ferry and was the first IOOF lodge in Virginia (present-day West Virginia), receiving the designation of Virginia Lodge No. 1.  Originally the lodge held its meetings in the second floor of Harpers Ferry’s Methodist Church. The outbreak of the Civil War in 1861 caused a temporary halt in Virginia Lodge activities, which resumed in 1864. However, by this time the Methodist Church had been destroyed in the conflict. In 1865 the U.S. government allowed the lodge to use Armory Building 23, later selling it to them in 1869. In December of 1865 the lodge came under the jurisdiction of the new Grand Lodge of West Virginia, although it continued to go by the name Virginia Lodge No. 1.

Over the years, Virginia Lodge No. 1 became inactive. The building was included in the Harpers Ferry Historic District, established in 1979 and comprising around 100 structures throughout the city. The Lodge was reorganized in 1992 by Robert L. Spencer and building soon restored with funds from the IOOF. The Virginia Lodge continues to be active in Harpers Ferry, performing community service and supporting charities such as the Educational Foundation. Meetings are held on the first and third Thursdays of every month.