Just under the trestle and a short walk through the woods, we can find the remains of the old crushing plant, in use from the late 1700s to the early 1900s this plant was used to crush the rock harvested from the quarry behind it into more manageable pieces. The rock was then used in various forms of construction, one of the most notable places being Liberty Island, the home of the Statue of Liberty. This site is a mere shell of its former glory, in its heyday, the tops of the building reached as tall as the trees on the sight now with multiple barges being filled to the brim with traprock along their journeys through Farm River to where ever the rock was being used to build. 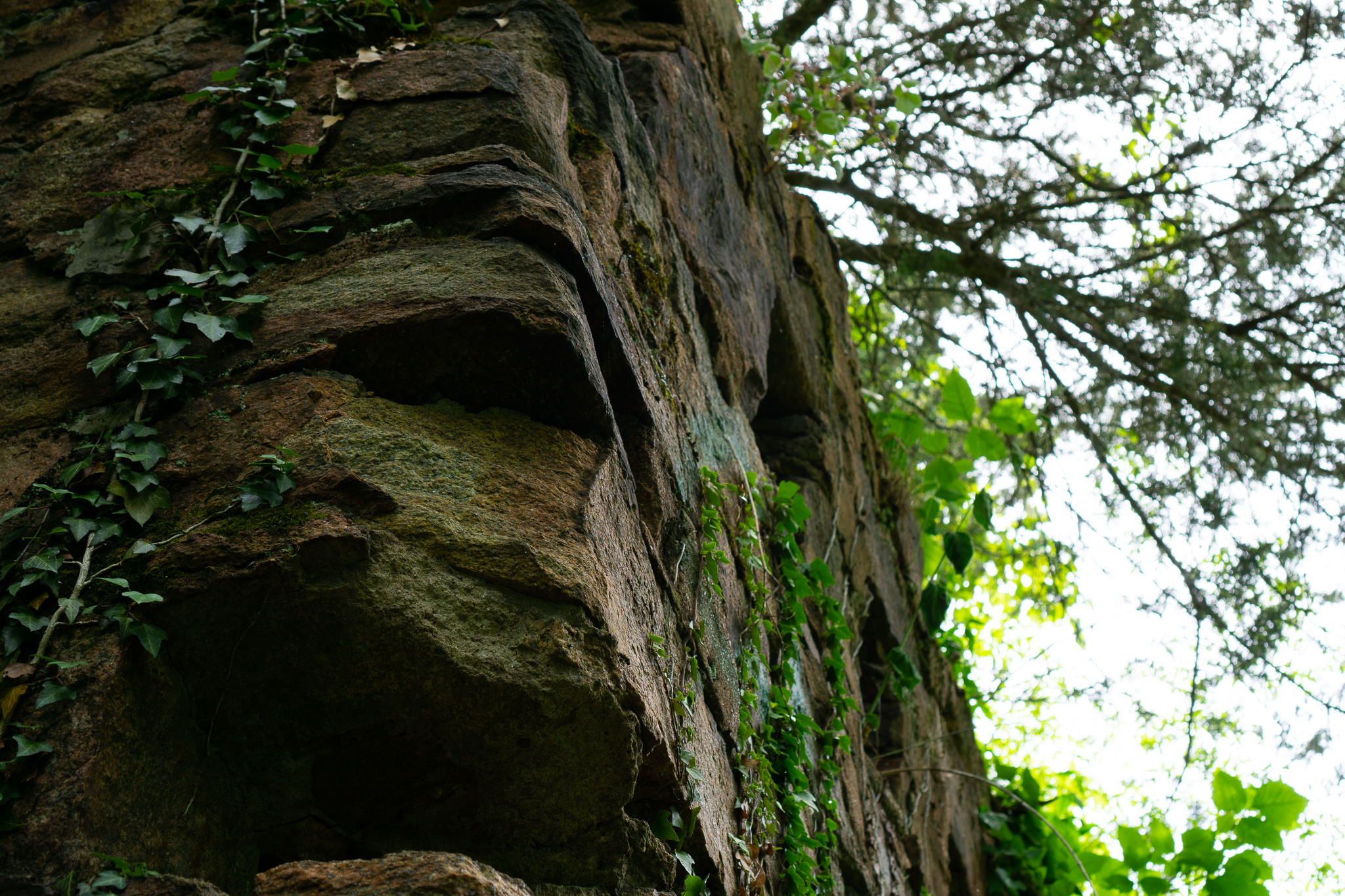 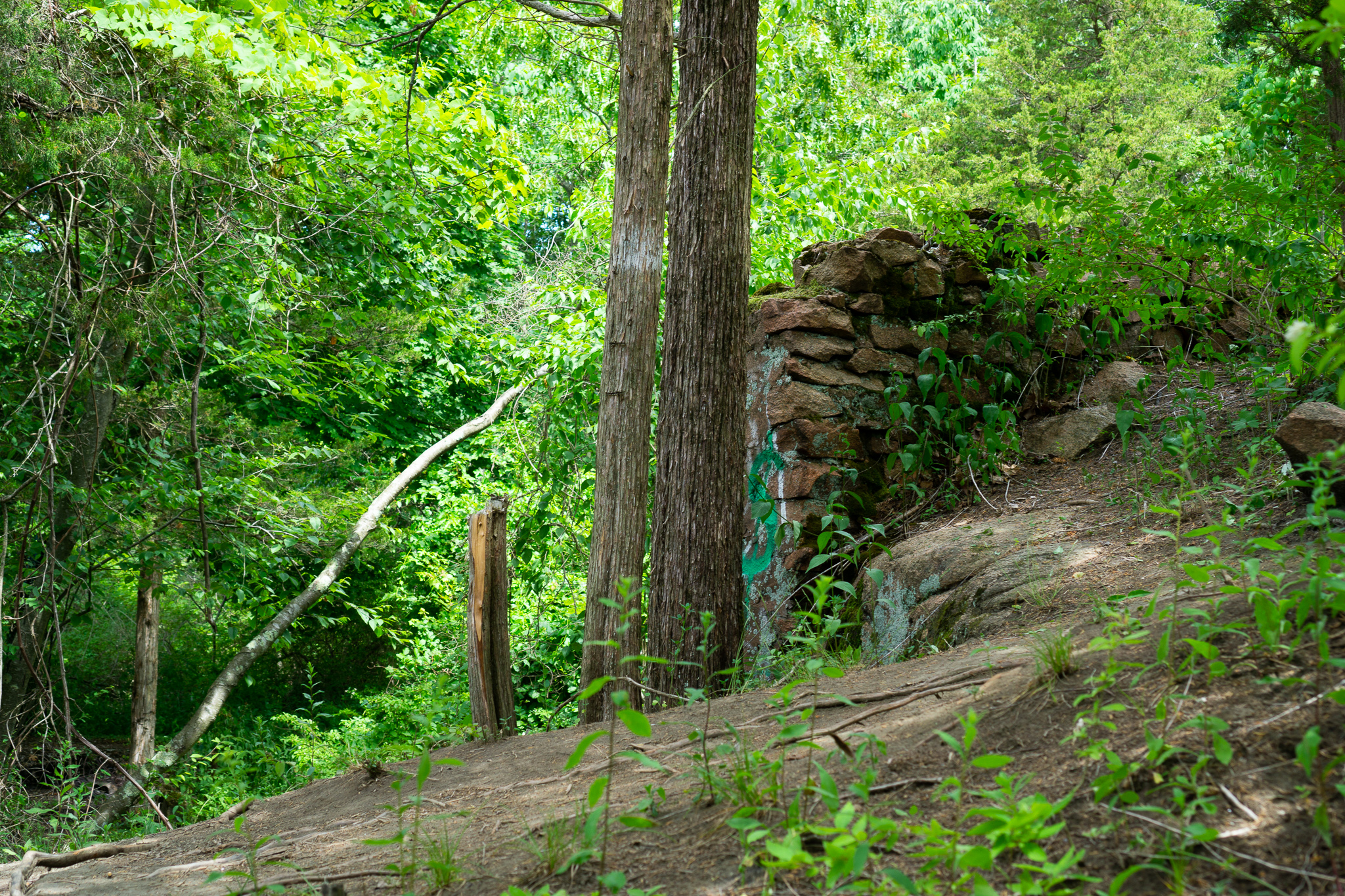 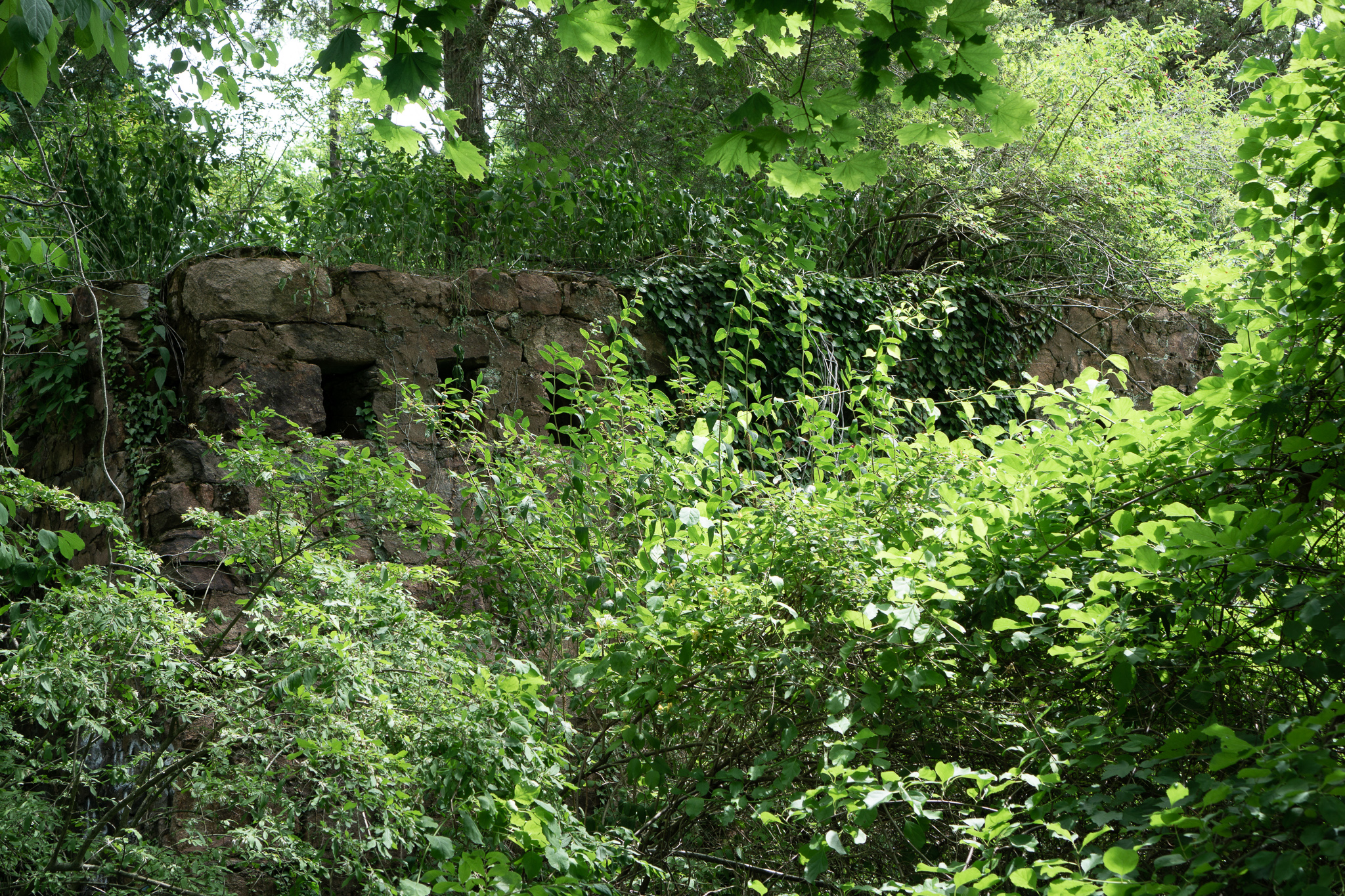 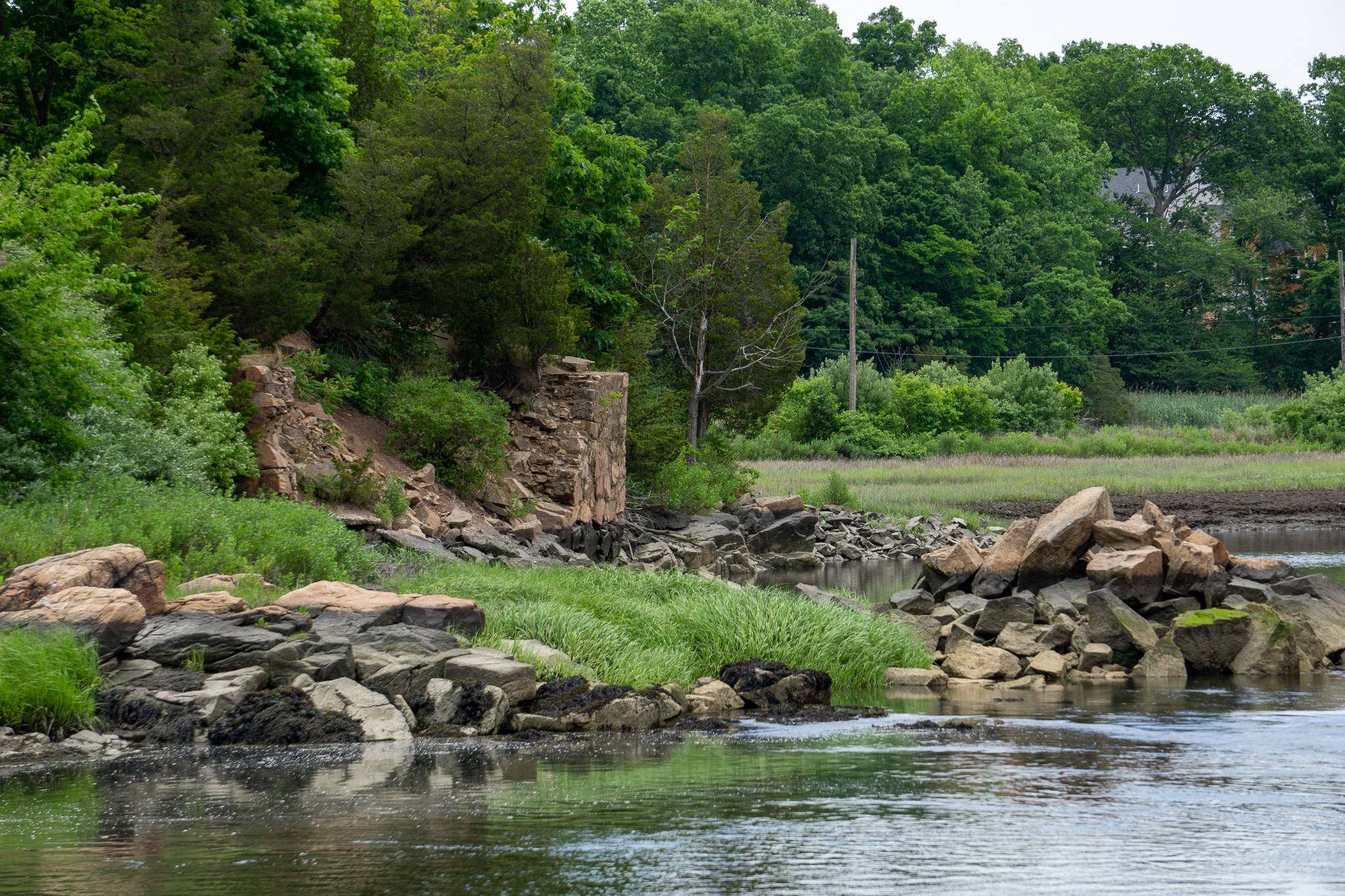 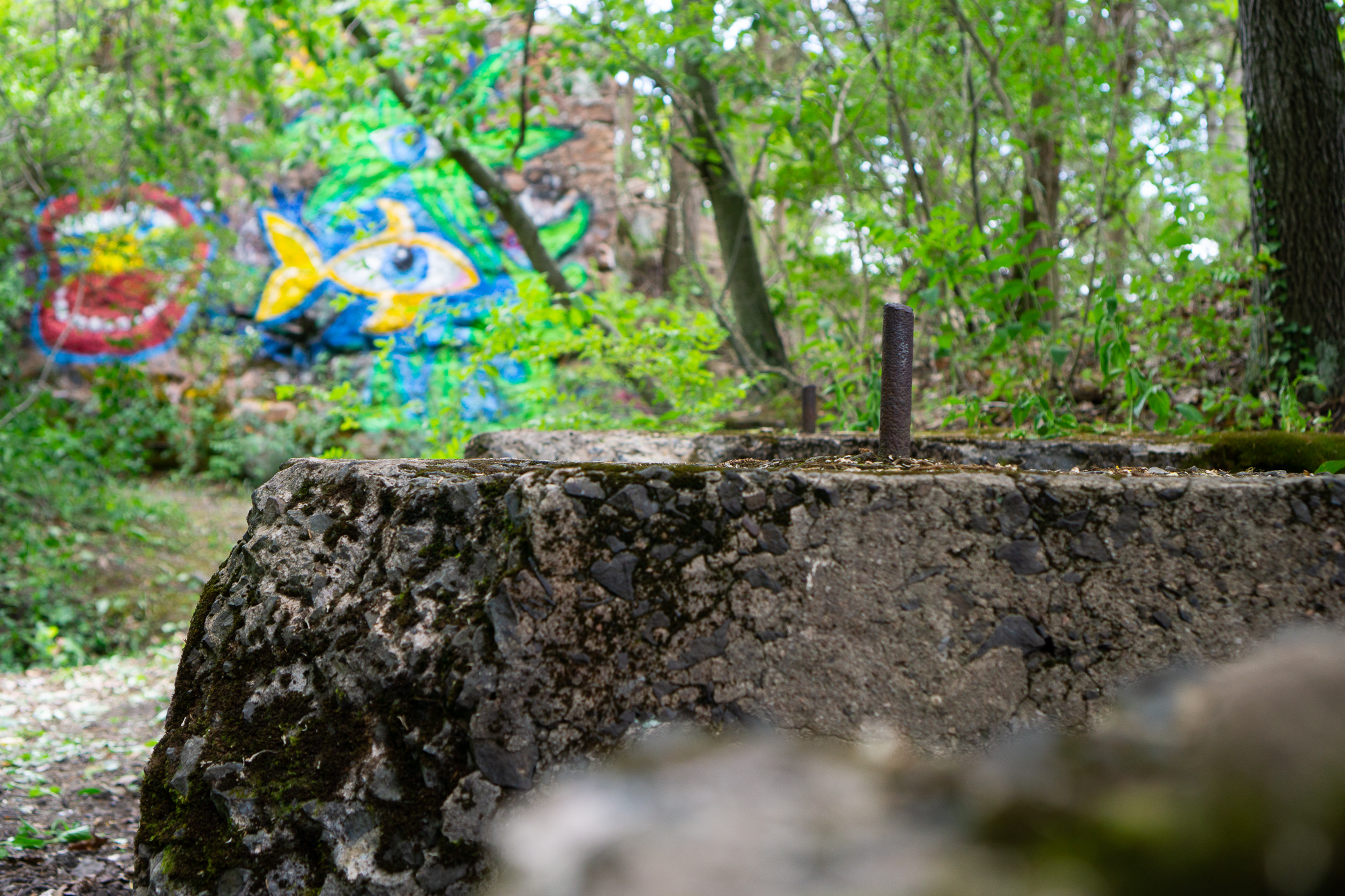 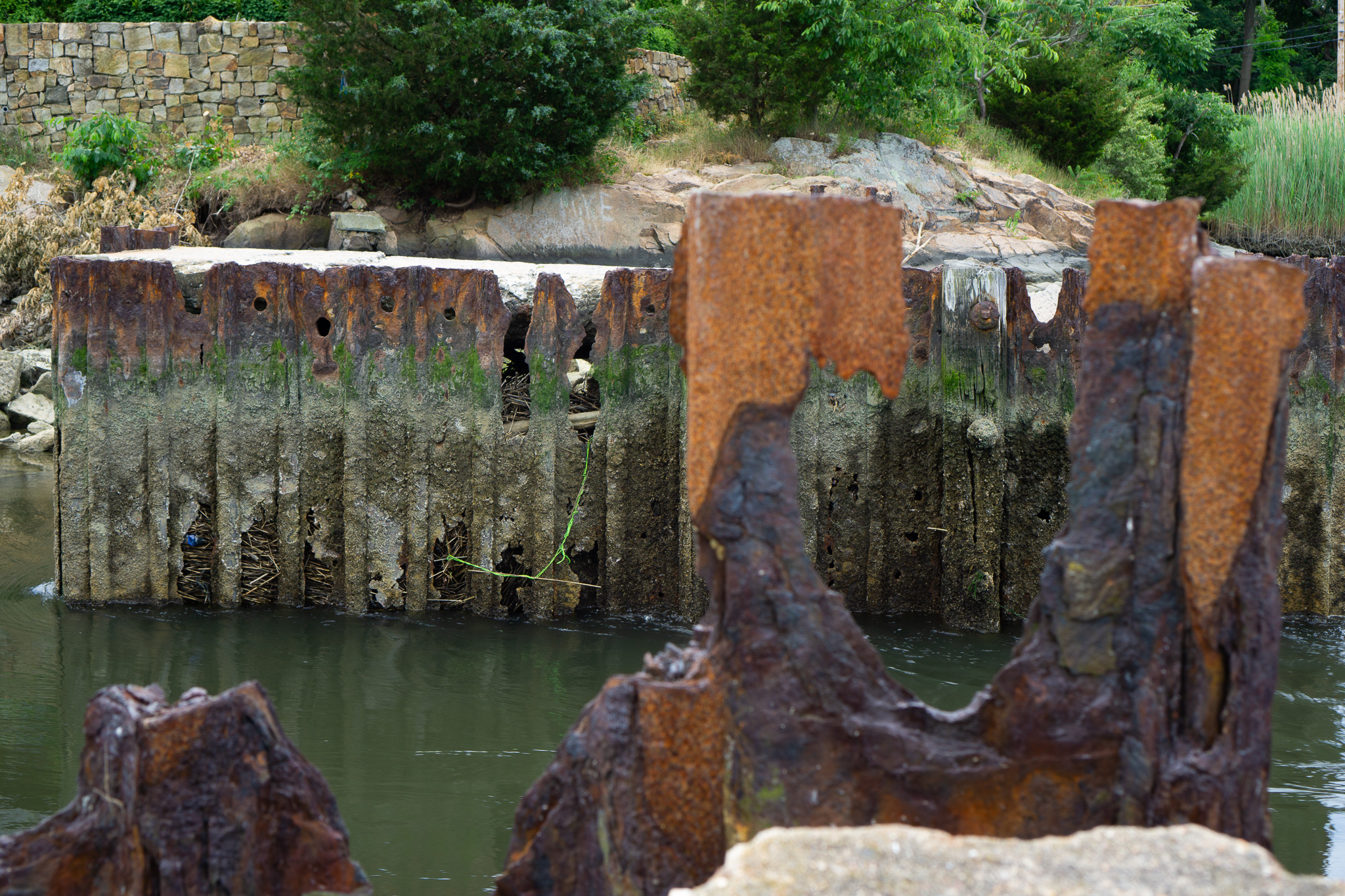 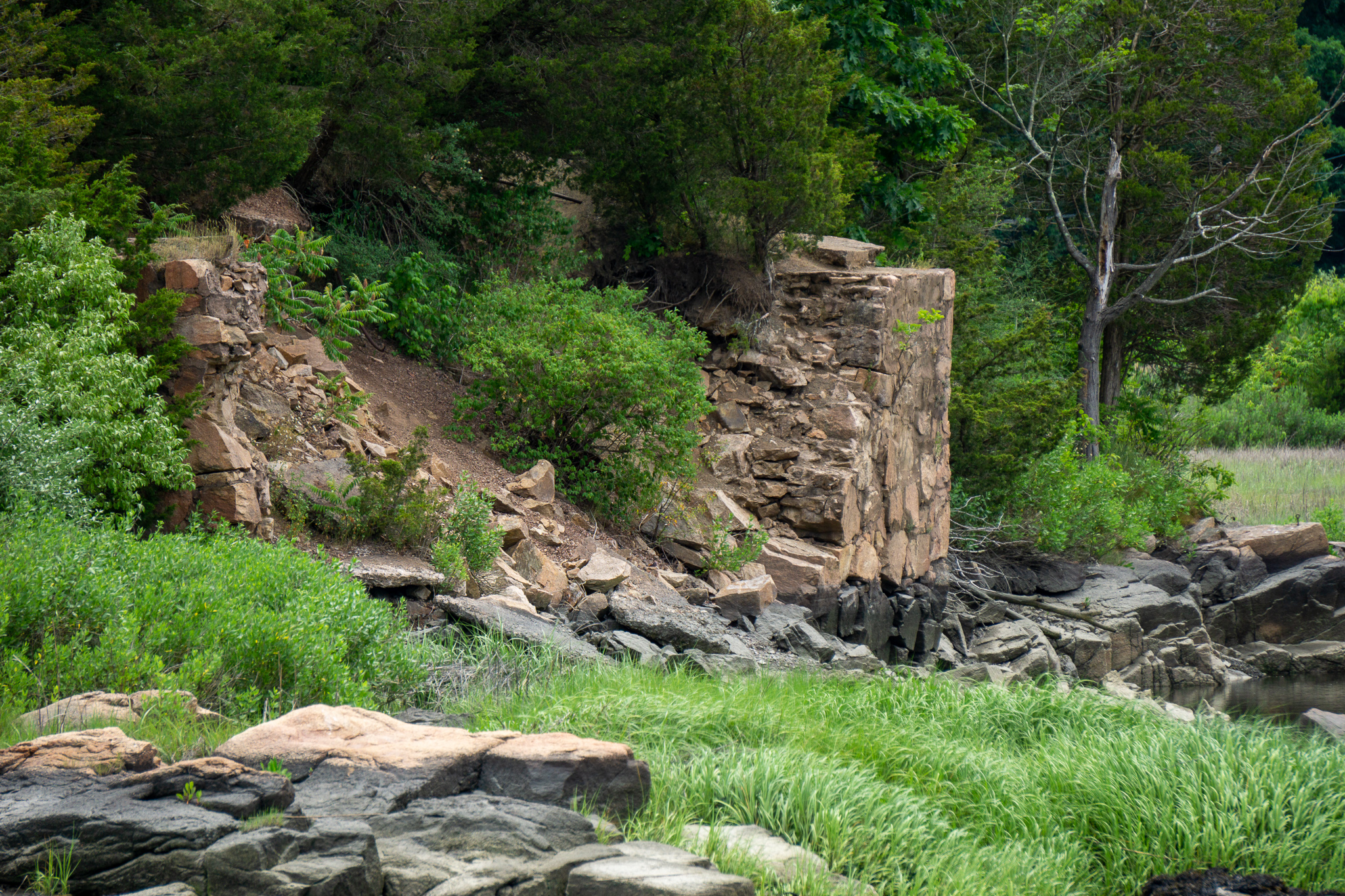 Local folklore states that in 1919, a group of kids rallied together to burn down this plant. The reason this happened you might ask. Because that was the year Branford did not put on a fireworks display for the town.