Temple B'nai Israel is one of Oklahoma's oldest Jewish congregations, forming in 1903. 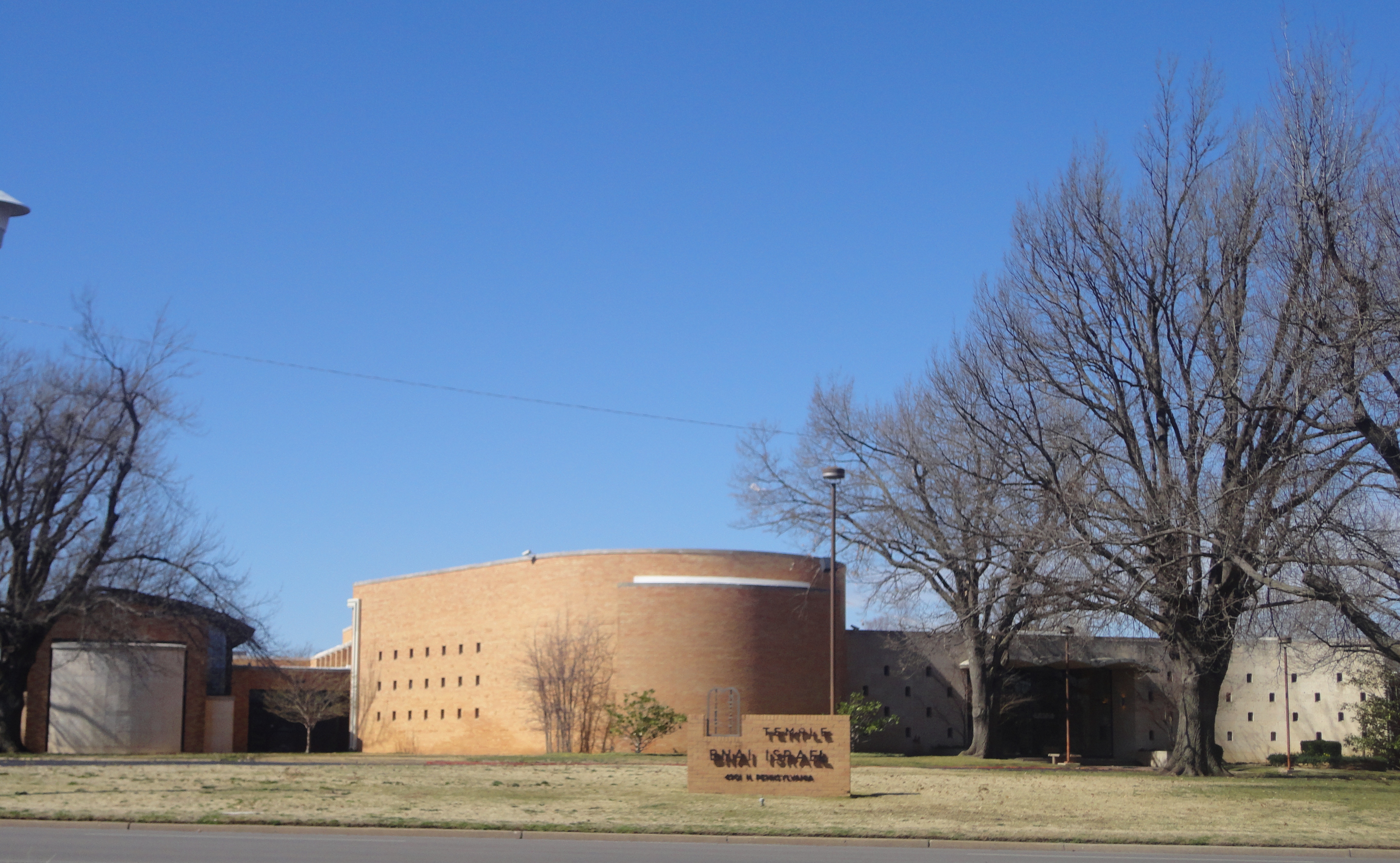 Jews began to arrive in what would become Oklahoma City in 1889, the year Oklahoma was officially opened for settlement. Out of a population of 4,000 in August of that year, there were only ten Jewish men. More arrived in the coming decades and by 1925 the Jewish population numbered 160 families. The number of families rose to 250 by 1951. The congregation built the current temple in 1955 and repaired after it was heavily damaged by a tornado in 1970.

Oklahoma City, like other places in the South, has dealt with anti-semitism. In 1910, when Oklahoma City was chosen to be the state capital over Guthrie (the population in Oklahoma City surpassed Guthrie's in the early 1900s), prominent Jews were accused of "stealing" the designation. The Ku Klux Klan was also very active in the South during the first few decades of the 20th century.