War Memorial Hall commemorates the Techman who lost their lives during World War I. Completed in 1919, the structure was once used for varsity basketball and as an auditorium, dance, and exhibition hall. Today, the building houses gym facilities for Recreational Sports; the Department of Human Nutrition, Foods, and Exercise; and a substation of the Virginia Tech Police Department. The gym provides students, faculty, and staff with space to engage in recreational activities including racquetball, basketball, aerobics, and swimming in the War Memorial Pool. 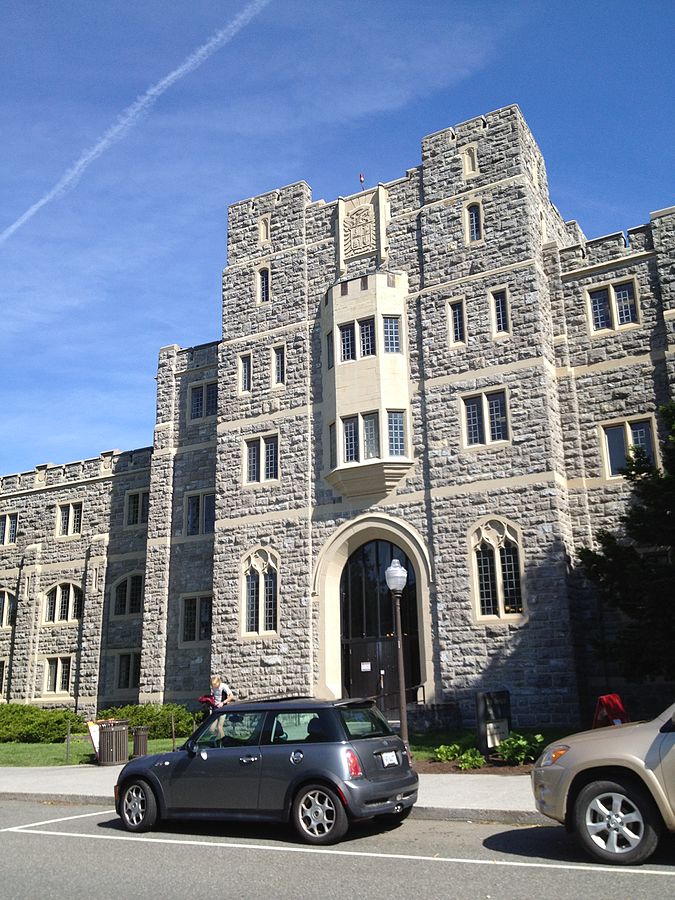 War Memorial Hall, originally known as the World War I Memorial Gymnasium, began with an alumni campaign in 1919 to memorialize Techmen who had lost their lives during the conflict. The resulting building was completed in 1926 for a cost of $436,710 and dedicated on October 23 of the same year. From 1926 to 1961, varsity basketball games were held in the gym. It also served as an auditorium, dance, and exhibition hall; radio and television offices; and Alumni Association Offices. Today, the structure houses Recreational Sports; the Department of Human Nutrition, Foods, and Exercise; and a substation of the Virginia Tech Police Department.

In 1933, the War Memorial Pool, Virginia Tech's swimming and diving facility, was added. The pool complex includes a 25-yard pool with eight lanes and a diving well, complete with underwater windows and a sound system. It has been the site of two Virginia State Championship meets and one Metro Conference Championship. In addition to the pool, War Memorial Gym features other facilities for the use of student, faculty, and staff. These include saunas, weight rooms, racquetball courts, and six basketball courts. In total, War Memorial Gym encompasses a total area of 200,961 square feet of space.

Since its construction, the building has undergone significant renovation and expansion. It was closed in 1972 until 1975 while the work completed. In 1992, a flash flood caused damage that necessitated remodeling. In total, War Memorial Gym now encompasses a total area of 200,961 square feet of space (compared to 91,594 square feet in 1926).