The Alpha Cotton Mill opened in 1880 to much fanfare as Charlotte's first functioning mill. The name, however, was short lived. The following year, the Oates brothers formally changed the moniker Alpha Cotton to one that locals likely recognize--the Charlotte Cotton Mill. While the mill complex engulfs over an entire city block, only this building, and its sister located at 500 West Fifth Street, are original to the nineteenth century. While the mill has long since closed, these original buildings still stand as architectural remnants of the late nineteenth century and now boast restaurants, shops, and apartments. The Charlotte Cotton Mill is credited with ushering in a booming period of industrialization for Charlotte, yet its legacy cannot be separated from a more dubious story of working class struggle in the age of factory labor.

Brick craftsmanship on the exterior of the expansive 1880 mill. Photo by Garrett Nelson. 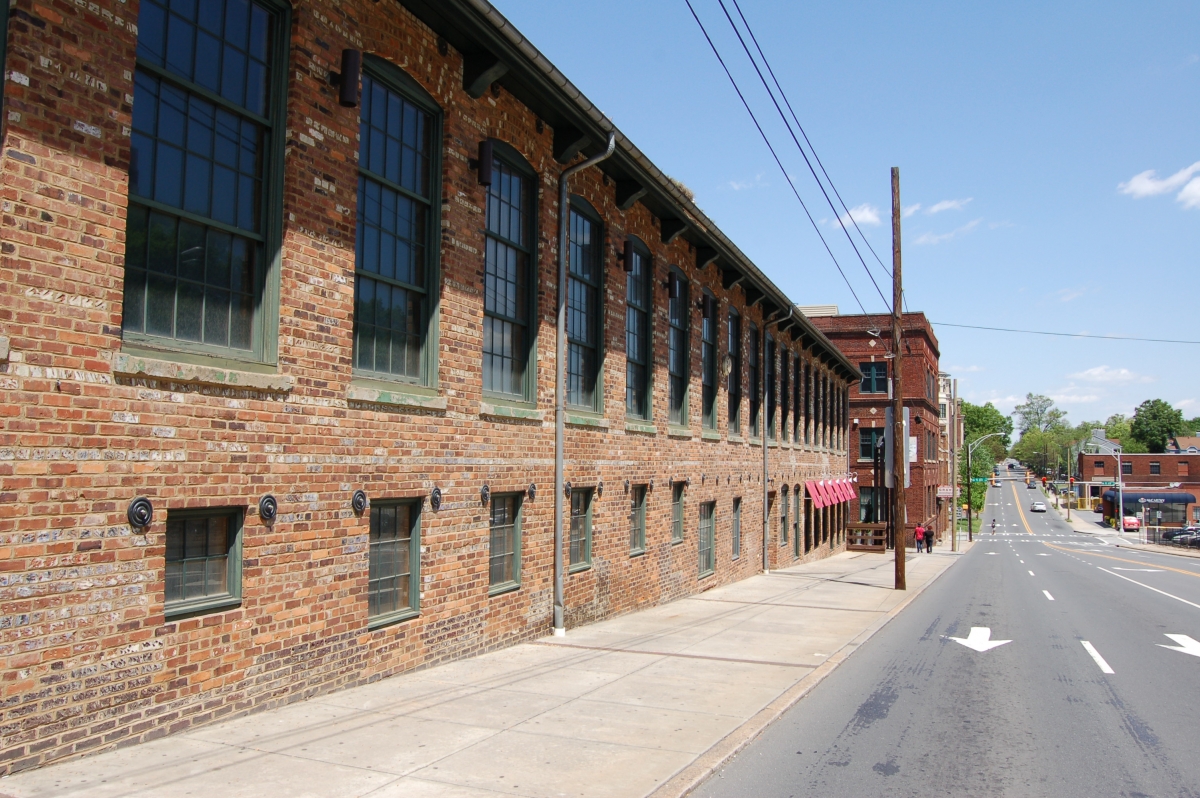 While the sprawling brick building with striking arched windows is appreciated today for its aesthetic qualities, the mill's architectural style was nothing extraordinary in the late nineteenth century. What was out of the ordinary, however, was its height. Multi-story mills were common during this first industrialization era, yet, as the Daily Charlotte Observer noted, the Charlotte Cotton Mill stood only one-story tall.2 Nevertheless, the new mill opened with 6240 active spindles to transform raw cotton into refined thread. At its prime, the mill operated top production levels of 9000 spindles in the L-shaped cotton mill.

Though the Charlotte Cotton Mill was the first within Charlotte's city limits, it was not alone for long. Charlotte soon became a hub for cotton refinement, with sixteen mills and "a combined total of 94,392 spindles and 1,456 looms."1 While many Charlotte citizens were excited about the economic prospects presented by the Charlotte Cotton Mill ushering in a period of prolific mill production in Mecklenburg County, the benefits were not seen by the toiling working classes. With child labor laws and any sort of meaningful labor law reform still decades away, the Charlotte Cotton Mill, like others of the time, employed many women, but also entire families, into the second decade of the twentieth century.2 These laborers endured dangerous and grueling working conditions for an average wage of five dollars per week.

Charlotte remained a cotton-spinning hotbed steadily through the 1920s. Though banking soon eclipsed cotton as Charlotte's main economic pull, Charlotte's mill history represents an important part of Charlotte's transformation from a small, rural town to a booming commercial city. Whereas Charlotte was home to only 7,094 people when R. M. and D. W. Oates opened their doors in 1880, the area was unrecognizable by the eve of the Great Depression, with a population of 82,675--the largest city in the Carolinas.1