This historical marker is near the location of Camp Jones, the encampment of the 23rd Ohio Regiment of the Union in 1863. The regiment was led by General J. D. Cox and included two officers (Major Rutherford B. Hayes, and Sergeant William McKinley) who wold go on to become the governors of Ohio. Hayes and McKinley also won election to the office of President. Like many Virginia and West Virginia markers related to the Civil War, this marker is also near a small battle where neighbors who joined the Union and Confederate armies met in battle. 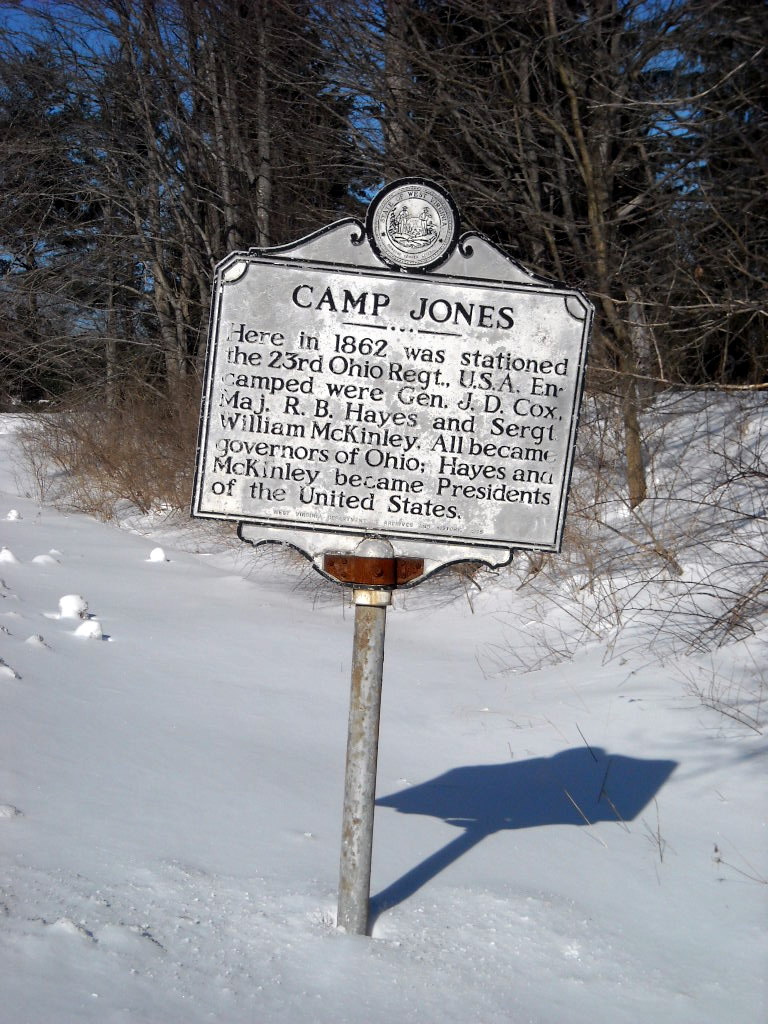 President Rutherford B. Hayes, shown here as a Union officer, during which time he and his troops camped at Camp Jones. 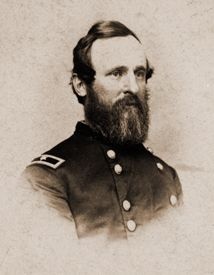 Although a majority in Mercer County supported the Confederacy, many of the residents supported the Union and West Virginia. In July 1861 at Camp Creek Virginia, (West Virginia today) a pro-Confederate company was organized by Captain Richard B. Foley. The men held long-barreled, muzzle-loading rifles and were known as Foley's Copperheads. Most of the men of the company were residents of Spanishburg, Camp Creek and Flat Top.

Russell G. French also lived in Camp Creek and was a strong supporter of the Union. While many of his neighbors joined Foley's Copperheads, French went to Ohio in the summer of 1861 and enlisted in the 23rd Ohio Volunteer Infantry. The Ohio unit marched into Virginia as part of an effort to thwart rebel efforts. The 23rd marched through Charleston, Fayetteville, and Beckley before setting up camp near Flat Top on April 20, 1862. The unit stayed at this camp for about two months.

The Company made camp about one and one-half miles south of Flat Top near the location of the Camp Jones historic marker. As a result, Camp was only six miles from his home.

On April 30, 1862, Captain Botsford and a group of men, including Captain French, were sent from Camp Jones to look for Captain Foley's men and another unit of Confederates from Princeton. The troops went into camp at the home of Henry Clark between Camp Creek and Flat Top. rench and Foley met in battle during The Battle of Clark's House on May 1, 1863,

Foley's Copperheads split into small groups and hid in the woods, waiting and watching for French and the Union soldiers to muster for the morning roll call. When they did, Foley gave his men orders to fire. The battle lasted about an hour and a half. With the arrival of Union reinforcements, Foley's men were forced to withdraw back to Princeton. Foley and French would both suffer injuries during the battle.