Shaarey Tphiloh, which means "Gates of Prayer" in Hebrew, is Maine's oldest, continuously operating Jewish synagogue*. It was founded in 1904 as a merging of three congregations and has been an Orthodox congregation since its inception. Its first location was on Newberry Street, which is located in the 18th century neighborhood of Old Port. It moved to another location on Noyes Street in 1954. Recently, it sold this building and is, as of early 2017, temporarily located at Temple Beth El.

The former Shaarey Tphiloh synagogue, which was to be converted into a squash court. 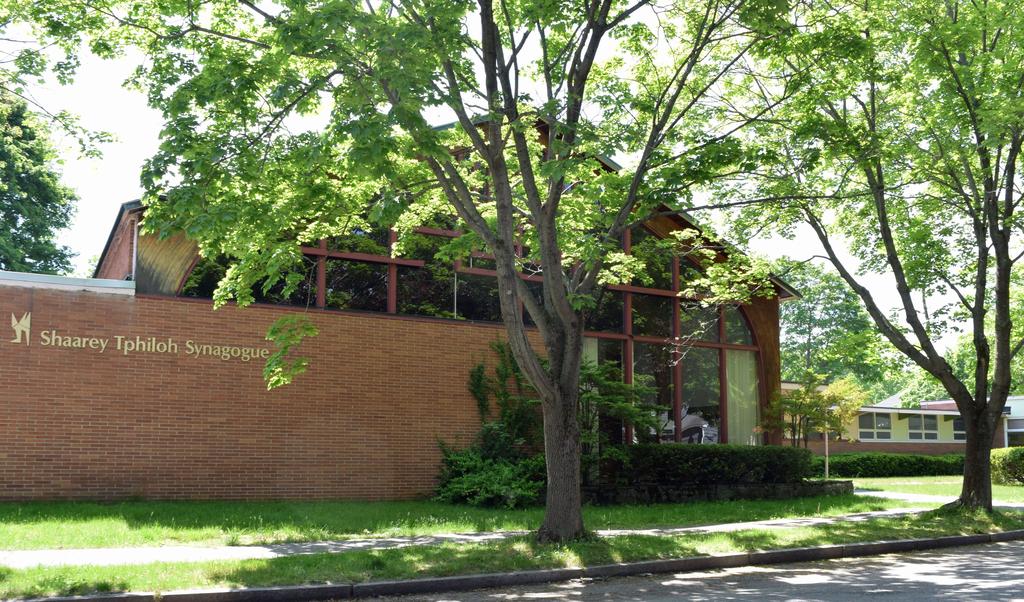 The congregation of Orthodox Jews known as Shaarey Tphiloh has an incredibly long legacy in the City of Portland.  Responsible for constructing one of the earliest synagogues in the city, Shaarey Tphiloh is also the original home of many of the Jewish believers who went on to create the community at synagogue Etz Chaim, which is the State of Maine’s oldest synagogue still in active operation.  Etz Chaim was founded following a schism in the leadership of Shaarey Tphiloh, which resulted in the serving Rabbi leaving with a number of synagogue members to form a new community.

The story of the Jewish community in Portland, fascinatingly, reflects Jewish history at large, being characterized largely by disparate communities coming together to form new bonds that overcome previous differences.  Shaarey Tphiloh itself is a community formed by the fusion of three different congregations in the late 1800s.  Sharith Israel, established in 1883, Beth Judah, also established in 1883, and Beth Hamidrash Hagodol, founded in 1890, all came together in the early 1900s to fund and organize the creation of the Shaarey Tphiloh synagogue on Newbury Street.

Many of the Jews who arrived in the late 1800s and early 1900s were of Eastern European descent, largely immigrating to live in the lower Munjoy Hill neighborhood of Portland.  While the community at large did have some unity in the late 1800s, organizing to create a Hebrew School in 1884 and a Jewish cemetery in 1875, it was not until 1886 that the disparate congregations of Portland Jews came together in full.  In 1886, Portland held a celebration of its centenary in which the organizers reached out to the Jewish community for a representative to speak on the Jewish history of the city.  This event is often credited with the unity of the Jewish community of Portland that followed.  Portland later would become known as the “Jerusalem of the North” by Jews across the United States, due to the piety and cohesion of the community.

Throughout the 1900s, the Jewish community underwent many changes including the birth of a Reform community amid the multiple Orthodox congregations.  Shaarey Tphiloh itself moved from its original location on Newbury Street to a space on Deering Avenue.  While no longer located in its original synagogue, the congregation still meets, carrying on its long legacy year after year.  The current Rabbi is Josh Pernick (as of the creation of this entry in 2017,) a young Rabbi whose first step in his Rabbinic career is service at Shaarey Tphiloh.  The previous Rabbi, Rabbi Herzfeld, left to live in Israel recently (in an act called “Aliyah,” which refers to the conclusion of the Jewish diaspora by returning to Israel.)

Shaarey Tphiloh identifies themselves as an “open, modern Orthodox” synagogue, meaning they hold to Orthodox practice while allowing the modern world to inform their experience of Judaism and participating in the modern world in such a way as to care for their community and humanity at large.  They believe in six core ideals that guide their practice of Judaism: prayer, learning, Israel, openness, youth, and service.