Founded in 1909 and residing on Palm Avenue since 1926 The Dade City Women’s Club has been a communal influence on town people for century's now. The building was accepted into the National Register of Historical Places in 2003.

Front entrance of the building. 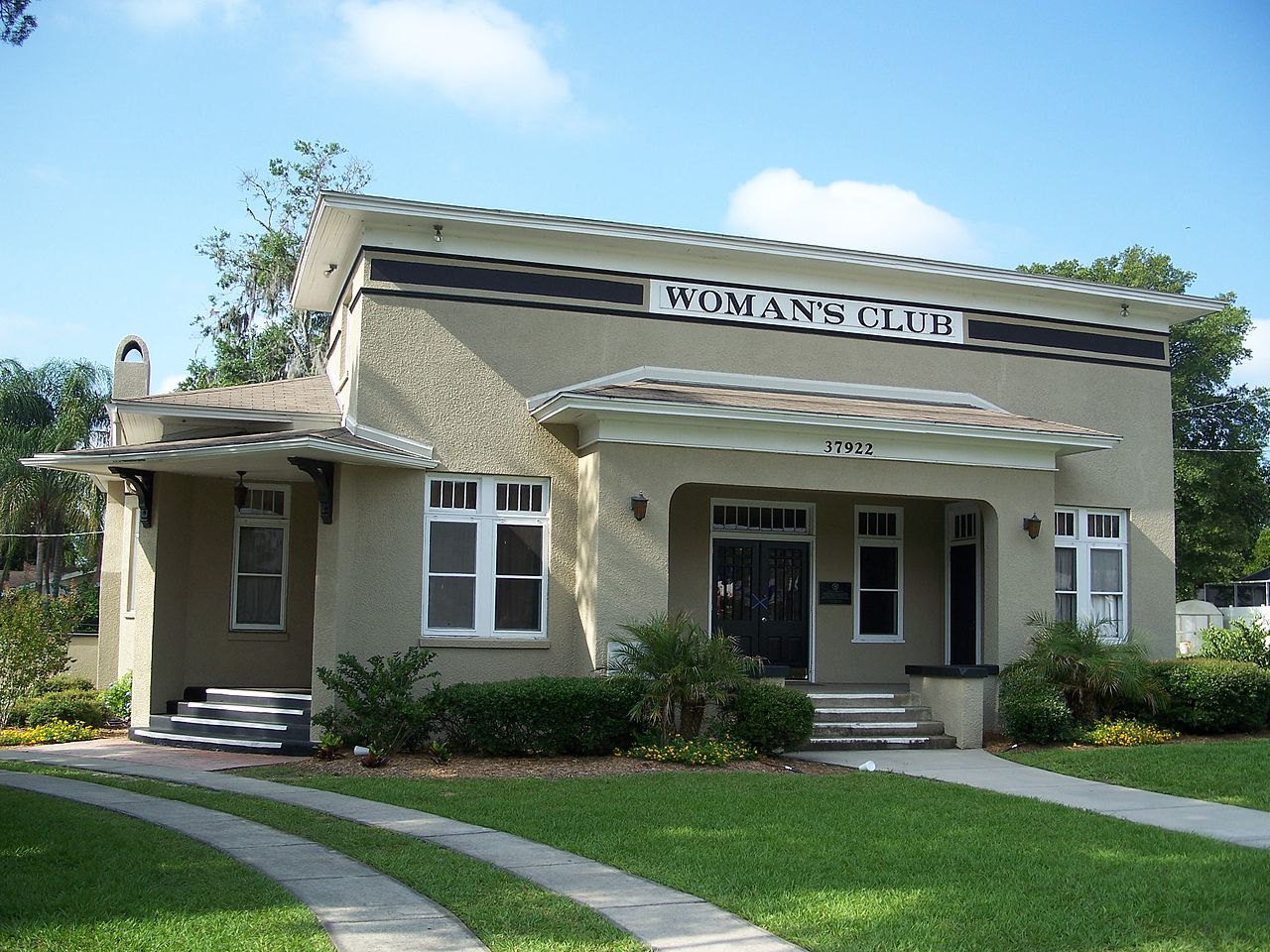 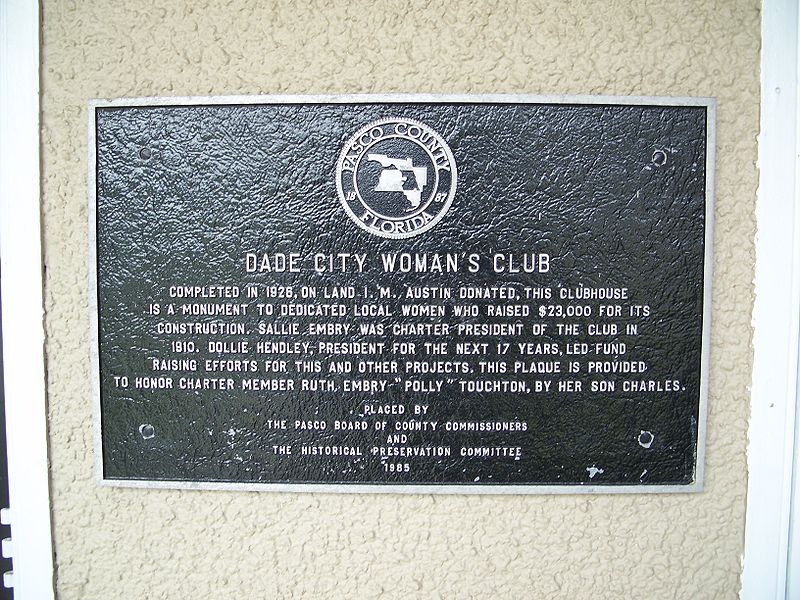 Inside of the club, this shows its old architecture style. 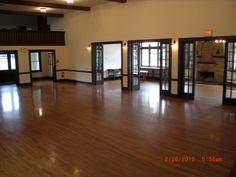 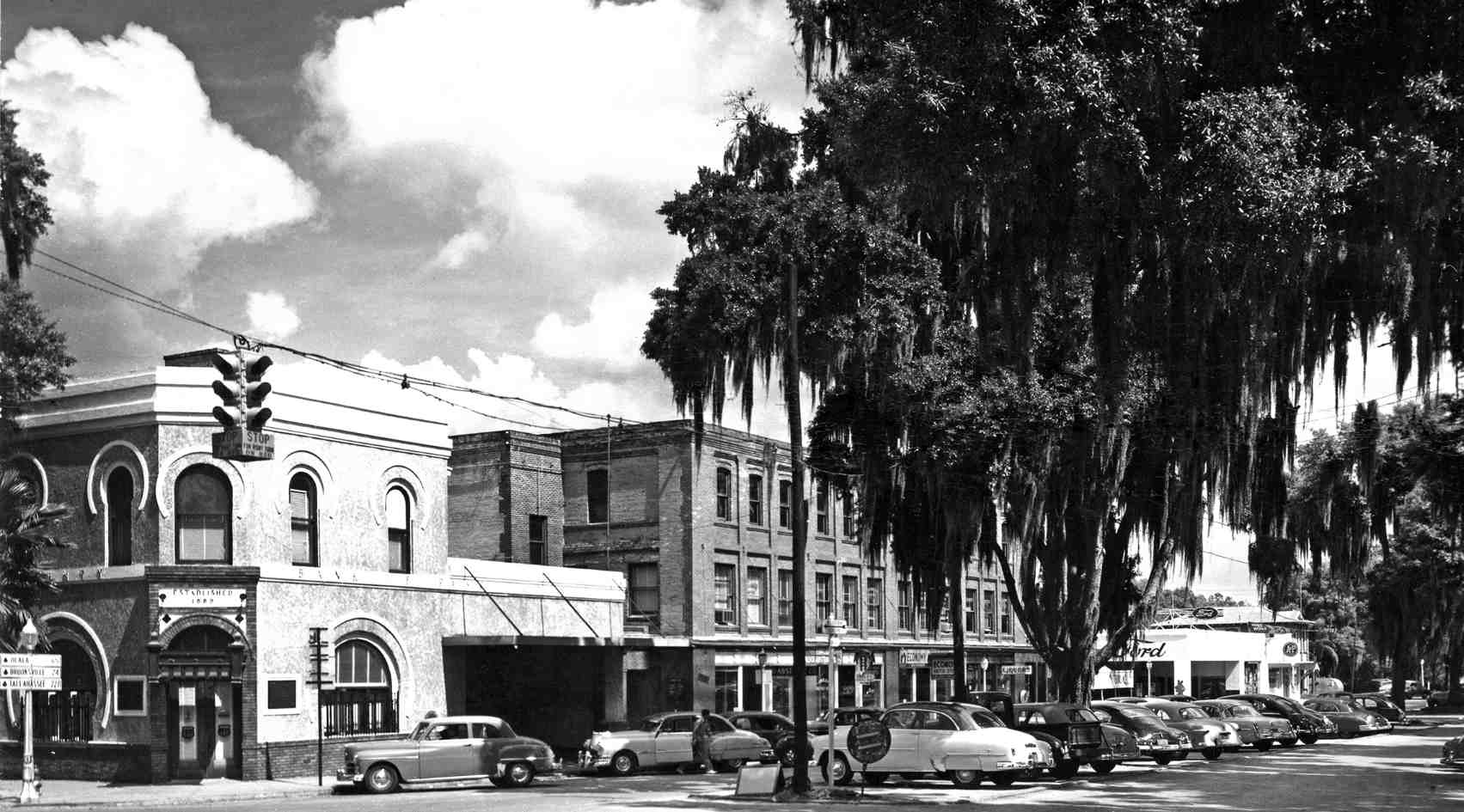 New down Town Dade City, this shows that most of the original buildings still stand. 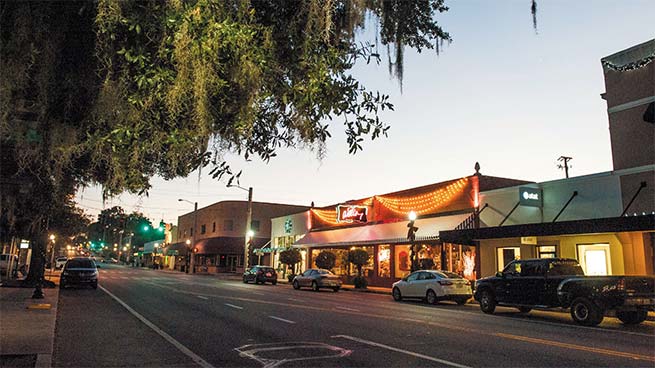 The Dade City Women’s Club, founded in 1909 is the proud home of some of the most influential women in Pasco County. Since 1926 they have been located at 37922 Palm Avenue Dade City Florida but previously had been located in two separate locations before finding its forever place in their small town. The ladies of the club first met in just a salesman sales room next to the city’s only hotel which ended up burning down forcing the women to have to find another meeting site. In 1911 the club bought a place for just 3,000 which they ended up selling for 16,000 during the land boom in the 1920’s. With well over enough money to start the construction of their new building the members purchased a piece of land on Meridian Avenue, so how did they end up on Palm Avenue? Well a town local wanted the piece of land on Meridian Avenue to build apartments at the same time that a New York Developer named Irving M. Austin came down in hopes of developing a subdivision on the outer divisions of the town and actually wanted to pay the club money to build their club on a location near the soon to be subdivision plus donate the lot that they would be building the club on. After agreeing to sell their existing lot to the local town’s men and accepting the money and donated land of Mr. Austin they were up 23,000 dollars and started construction on Palm Avenue in 1926.

During the time that the club was founded in 1909 Women had not yet gained the right to vote, it was not until 1920 when the 19th amendment was passed that American Women gained the right to vote and in that eleven years the women of the club played in impact in rallying behind the Women’s suffrage movement. Three women- Sallie Embry, Dollie Hendley and Ruth Embry, all members of the club were actually the first women to vote when the 19th amendment was passed. Even after the amendment was passed the Women of the club hosted seminars in which they educated women on the importance of voting because at the time even though it was legal, it was not popular for women to vote. After the settling down of the land boom in the 1920’s Florida was still a very popular traveling destination and was getting hit with fast amount of immigration waves. After the devastating wave of hurricanes between 1926 and 1928 the Dade City Women’s Club acted as a rest stop for travelers to have clean drinking water.

The Dade City Women’s Club building was accepted into the National Register of Historical Places in 2003.  The Club prides itself on taking on projects to help their community and town, one of their very first accomplishment is actually considered to be banning free roaming cows from the streets! They have made great accomplishments in furthering the town’s historical preservation, education and environmental causes. The Mission of the Club is "to provide a means by which an individual may be of service to our community, through active participation in programs benefiting education, assisting those less fortunate, and through other charitable purposes, and to work to restore and maintain the historical significance of the Dade City Womens Club building." The Club is now used for a variety of things from school dances to political debates and community gatherings.