Sawyer Air Force Base was commissioned on January 8, 1956 and home to the 473rd Fighter Group. In later years, the base mission included the mainanence and operation of the Voodoo supersonic jet fighter which served as a bomber escort on long-range missions. On June 1st, 1995, Sawyer Air Force was decommisioned. This small museum and its volunteer staff preserve and share the history of the former base and its people

Landing of a B-52 on the expanded airstrip. 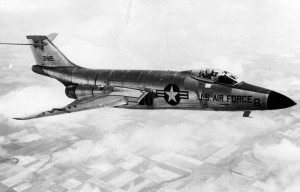 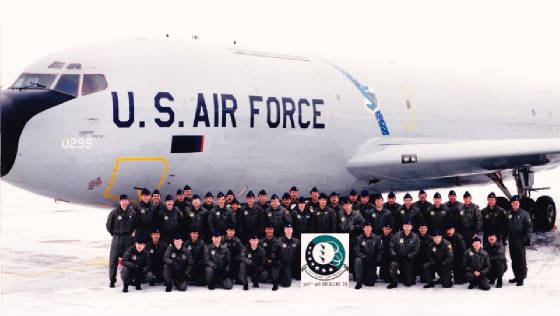 The K.I. Sawyer Heritage Air Museum is staffed by volunteers, many of whom were veterans who lived on the former Air Force base. 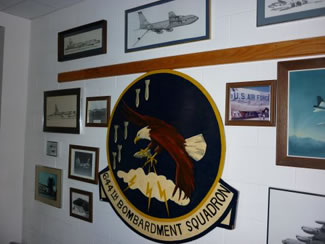 Kenneth Ingalls Sawyer (1884–1944), was a civil engineer and Marquette County commissioner of roads. Sawyer led the effort to build an airport at this location in order to spur economic development throughout Marquette. In 1937, air service came to the area with a small airfield, consisting of a single airstrip named K. I. Sawyer Airport in honor of its leading promoter.

In the early years of the Cold War, the federal government worked to create a network of air bases from which to launch squadrons of bombers as part of their goal to deter nuclear aggression. In January 1955, the government signed a 99-year lease with Marquette County officials and Sawyer airstrip became K.I. Sawyer Air Force Base the following year. The base was home to the 473rd Fighter Group and a 6,000-foot runway. Soon, the runway was expanded to 12,300 feet long and 300 feet wide to accommodate any type of aircraft. After The new airstrip led to a new mission, the support of a wing of McDonnell F-101 Voodoo supersonic jet fighters.

In the 1960s the base became part of the Strategic Air Command, a Cold War-era branch of the Air Force that oversaw a vast network of bombers, refuelers, and jet fighters. The 410th Bomb Wing entered the war in Southeast Asia in 1968 as part of the Operation Arc Light. In the 1970s, the Voodoo aircraft were deactivated and replaced with the F-106 Delta Dart aircraft. By 1977, the base became home to the Companion Trainer Program under the new Air Combat Command.

Due to military budget cuts for the F-15 Eagle aircraft, orders for new planes were canceled and the squadron was scheduled for deactivation in 1985. In September 1987, a Voodoo arrived in the belly of a C-5A cargo aircraft to be put on display commemorating the contributions of all the men and women of the 62nd Fighter Interceptor Squadron. More than 450 men and women from Sawyer are deployed in support of Operation Desert Shield, the final overseas action for the Wing. On June 1st, 1995 the base officially closed with a ceremony and the county airport now occupies a portion of the former base.

While the base was in operations it was sometimes referred to as "K.I. Siberia" for there was an abundance of lake effect snow. The location of the base in an isolated but attractive area provided great outdoor activities for the airmen and their families, including hunting, fishing, boating, and winter sports.The runway was built by some of the best blueberry fields in the state. Some of the blueberry plants were left on the base and provided berries for those living there.

A portion of K.I. Sawyer AFB has been converted into Sawyer International Airport, which opened its passenger terminal for service in September 1999. A project known as Sawyer 6, run by local citizens interested in preserving the historical significance of the base, have collected six aircraft that were used at various times through the base's history.