Artist Stephen Huneck awoke from a two-month coma inspired to create Dog Chapel, which he began work on in 1997. Situated on peaceful Dog Mountain in St. Johnsbury, Vermont, the chapel welcomes “all creeds, all breeds,” with “no dogmas allowed.” Reflected in this work is Huneck’s love of animals and nature, and his belief, based on personal experience, that they could help people heal. He saw the chapel as “a place where people can go and celebrate the spiritual bond they have with their dogs.” Huneck passed away in 2010, but Dog Chapel remains open. 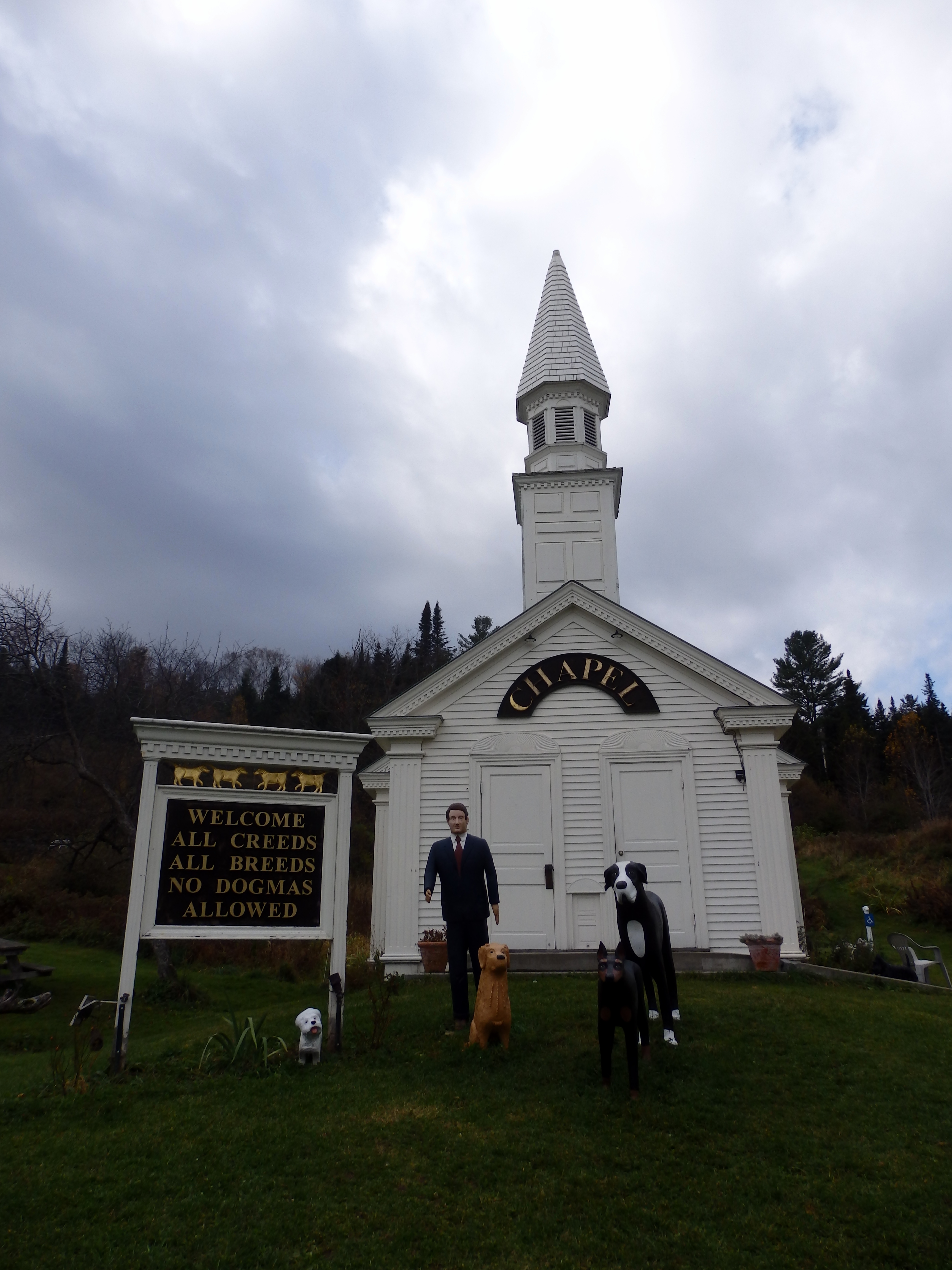 Stepping inside the chapel, visitors immediately notice the thousands of notes left on the walls over the years 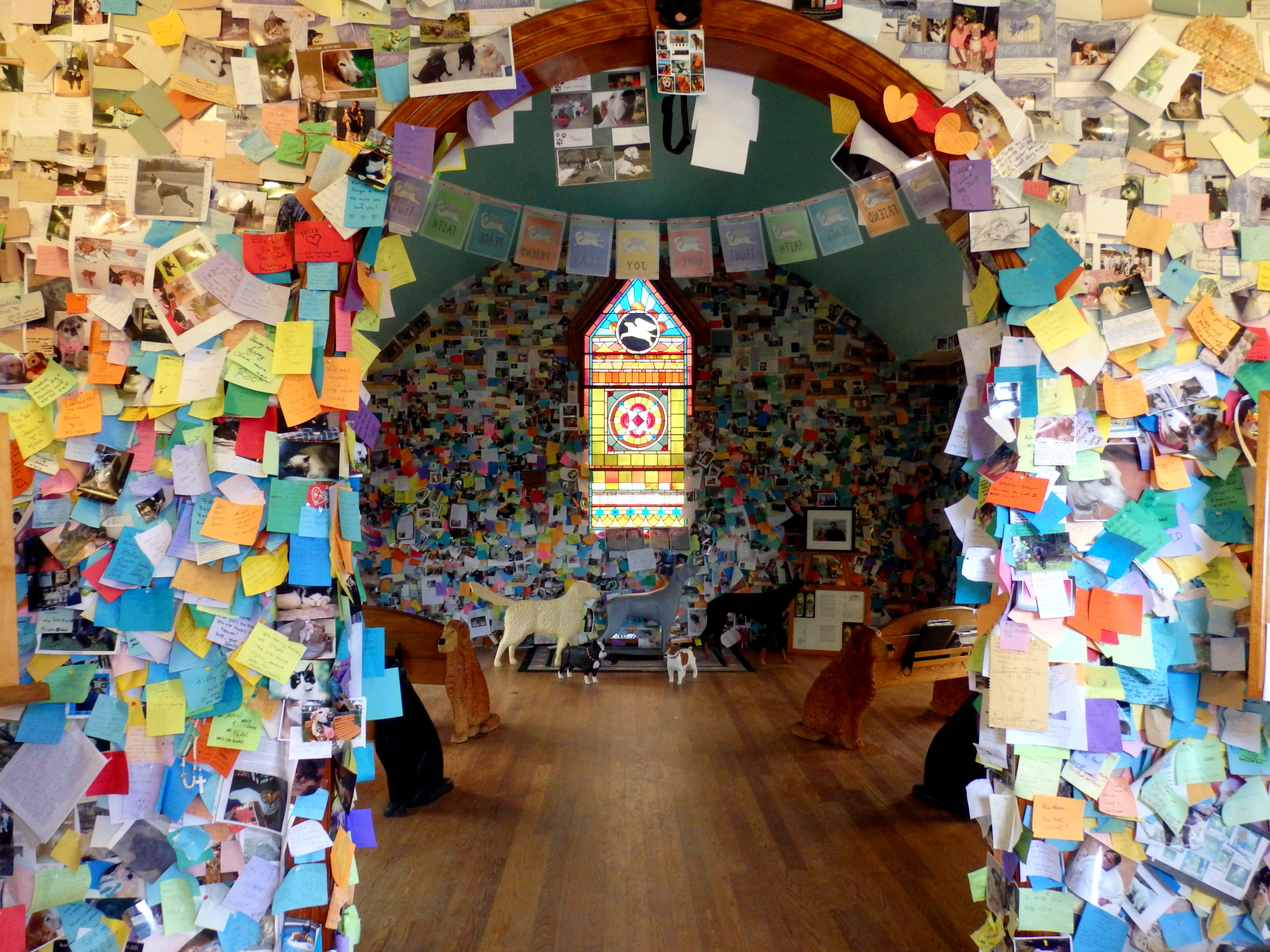 "Dogs have a soul." The chapel showcases Huneck's artwork. 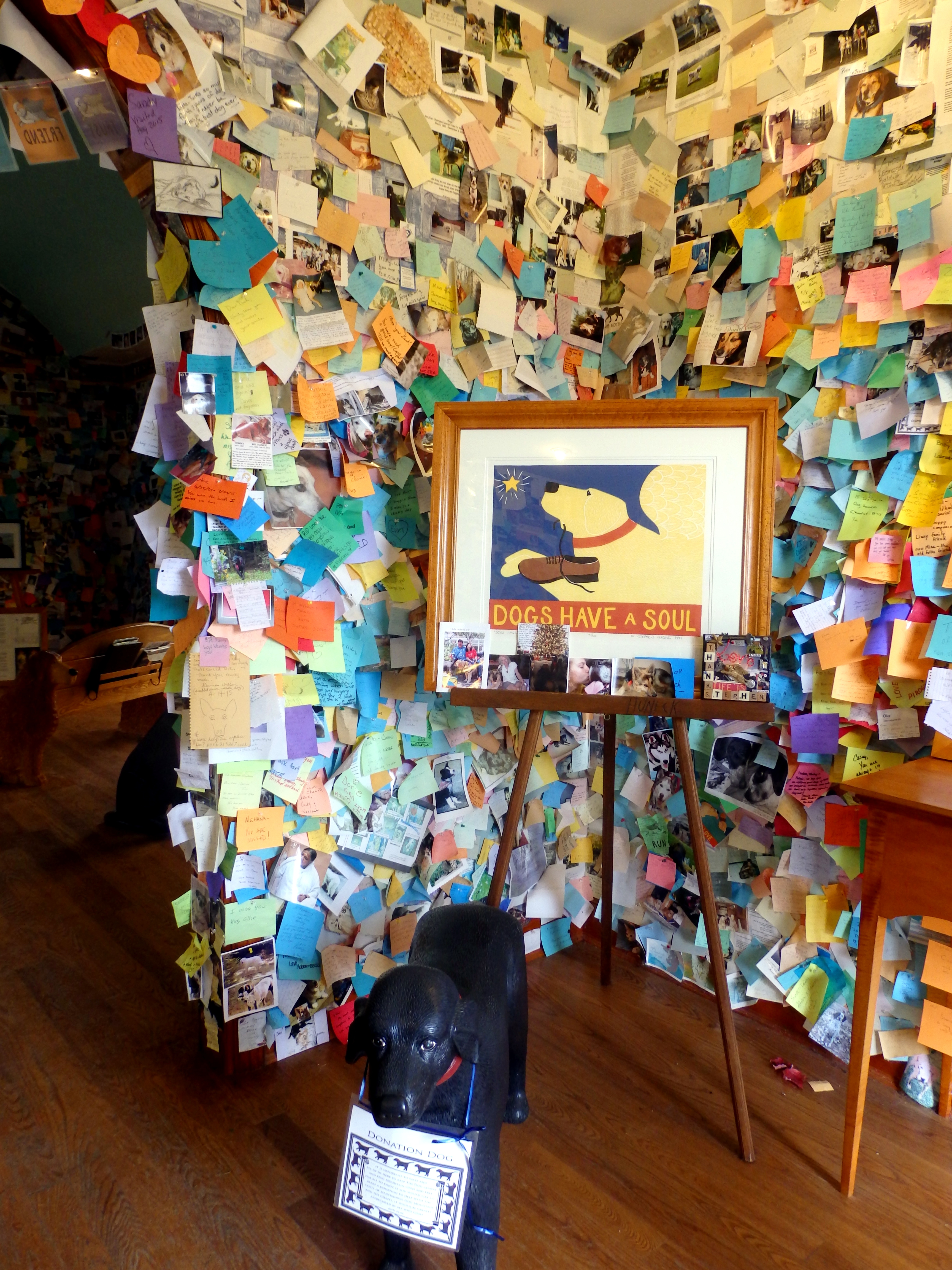 Dog carvings serve as ends to the pews 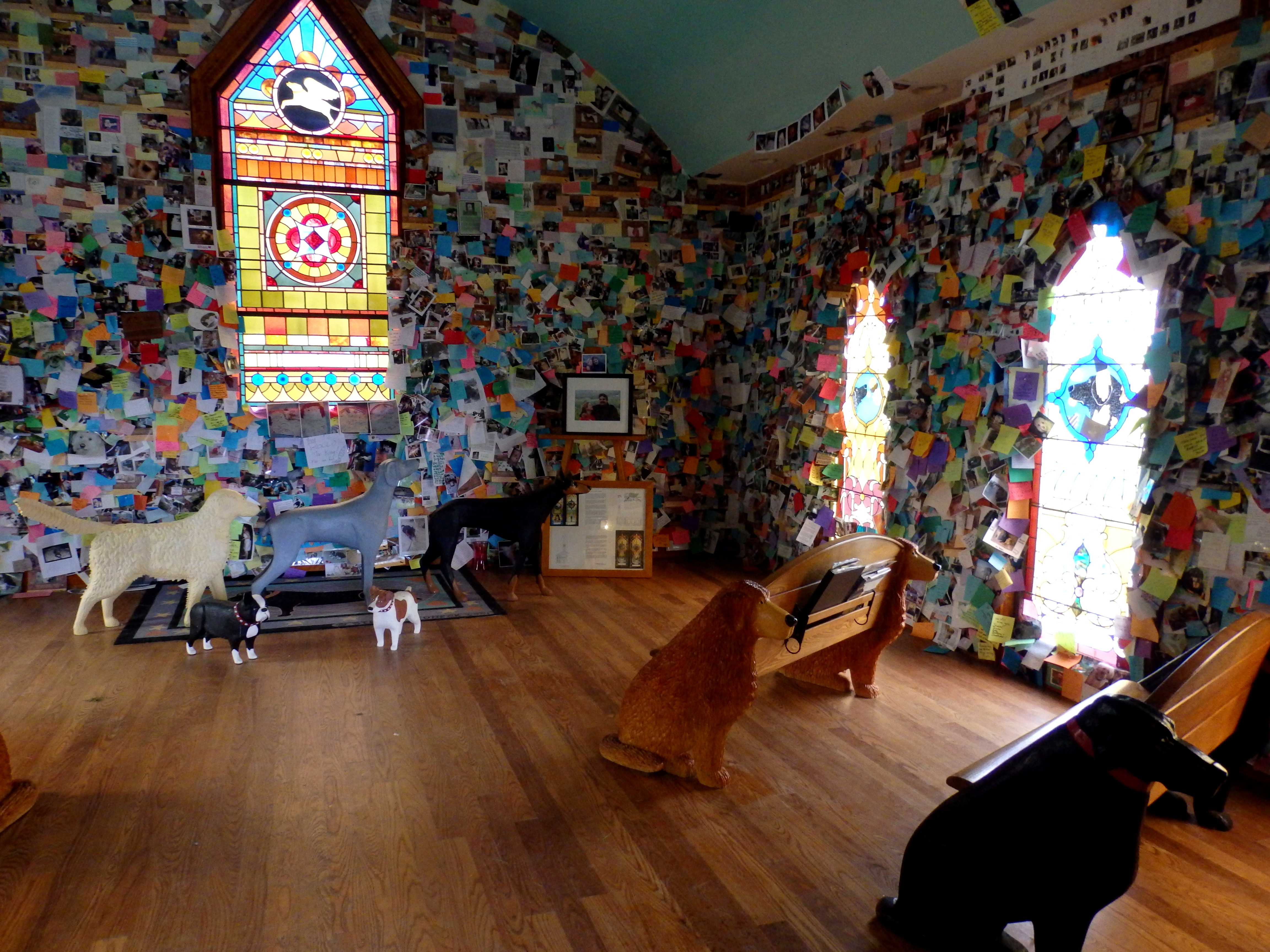 Close-up of a stained glass window 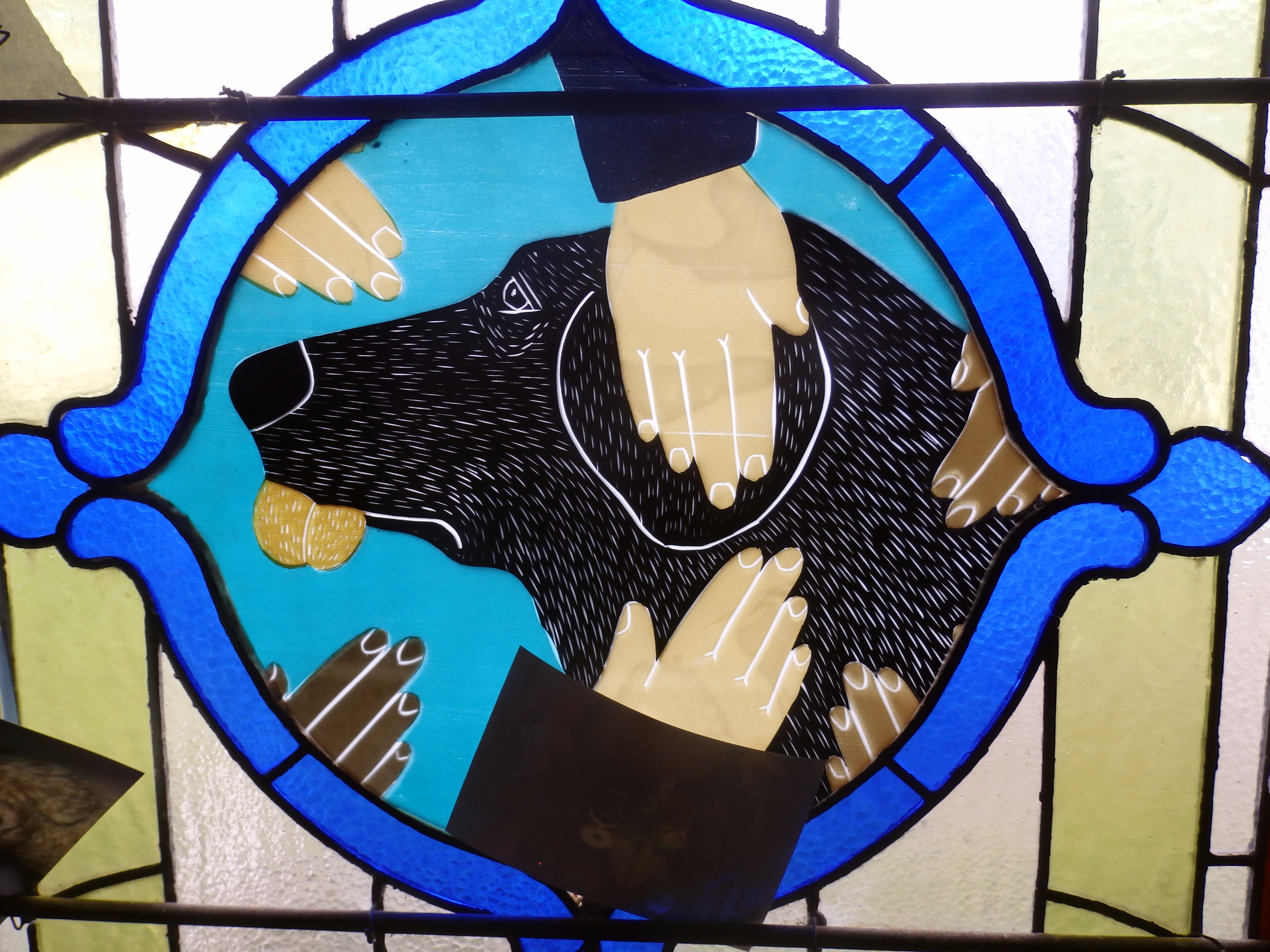 Dogs play outside the Chapel. There are no leash laws, and dogs are welcome all over the property. 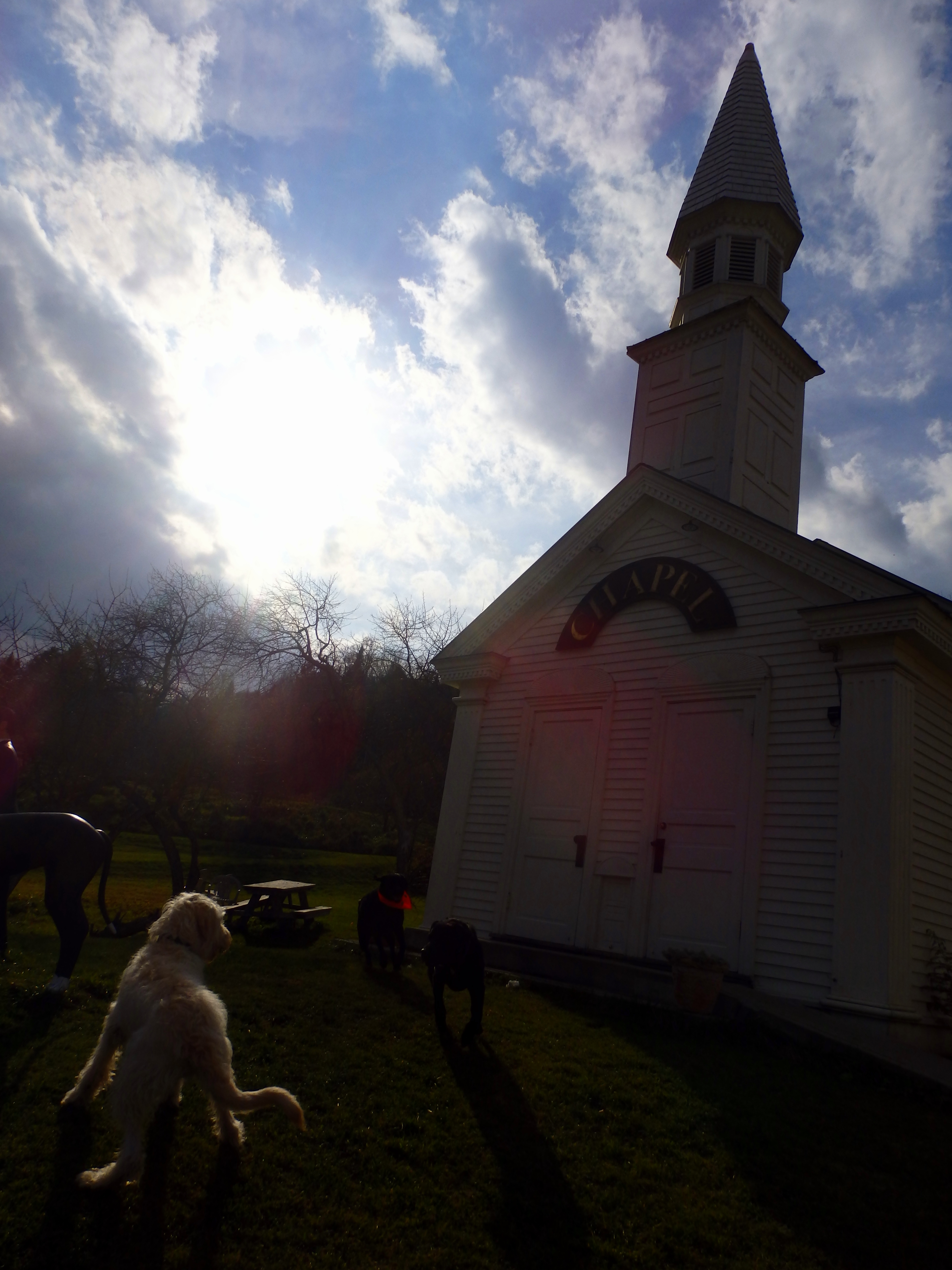 From the outside, the white church looks like many others dotting the New England countryside. Inside, however, its uniqueness becomes apparent. The chapel pews are flanked by wooden dogs. A series of carved dogs serves as an altar. The stained glass windows, obtained from an old church and modified, feature panels depicting dogs in a variety of scenarios: licking ice cream, playing, and flying heavenward. Thousands of photos and notecards paper the walls, left behind by visitors, often in memory of their departed pets.

An accomplished artist, Huneck’s wide-ranging skills include painting, carving, and furniture making. Several of his pieces are kept in the Smithsonian Institution. Huneck also produced ten illustrated books featuring his dog Sally, including My Dog’s Brain and Sally Gets a Job.

Wanshel, Elyse. "A Brush With Death Made Him Build This Dog A Chapel…And It’s Beautiful." Little Things. Accessed February 13, 2017. https://www.littlethings.com/dog-mountain-chapel-stephen-huneck-vermont/.