Built in 1987 and expanded in 2009, the Baitul Hameed Mosque is one of the largest mosques for Muslims adhering to the Ahmadiyya religious movement, which originated in India in 1889. The building has 27,000 square feet of space, featuring two prayer halls, two community halls, a nursery, conference room, library and bookstore. Muslims who belong to the Ahmadiyya movement believe that the Messiah, whose appearance on earth was predicted by the Prophet Muhammad, appeared in the person of Mirza Ghulam Ahmad (1835-1908). Ahmad claimed he was the metaphorical second-coming of Jesus of Nazareth.

Baitul Hameed Mosque was built in 1987 and serves the local Ahmadiyya Muslim community. 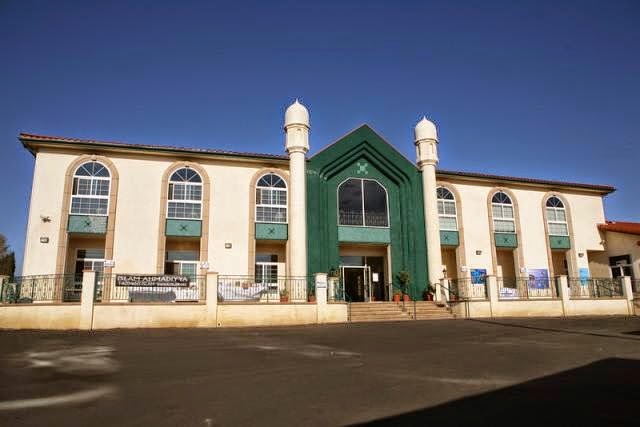