The Wayne County Poor Farm, also known as the Wayne County Infirmary, the County Farm, the Poor House, and the County Asylum, was established in 1877 and lasted until the 1950s. Its primary purpose was to provide accommodations for people unable to support themselves, primarily the elderly, disabled, and destitute. Owned and managed by the Wayne County Court, the farm serviced hundreds of the area’s neediest during its lifetime. Over one hundred people are believed to have been buried on the property as well. In 1959 the farm was sold to the Wayne County Board of Education to provide room for the construction of a new high school building. Today a few remnants of the farm remain scattered around the school property.

From 1914 onwards all residents of the farm lived in what was known as the infirmary. It stood exactly where Wayne High School stands today. Courtesy of Howard Osburn.

Inmates were originally housed in these log and frame structures by the railroad tracks. Courtesy of Dottie Blankenship. 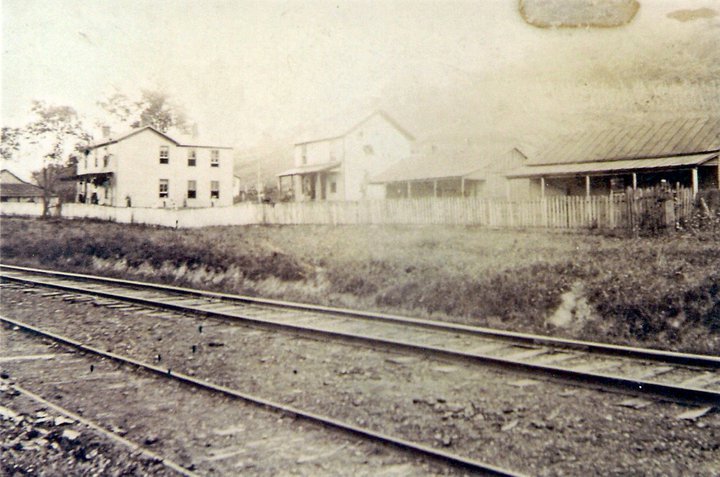 Superintendent Elba Davis and his sons in a tobacco field. The farm grew many different crops over the years. Courtesy of Wendell and Helen Sebastian. 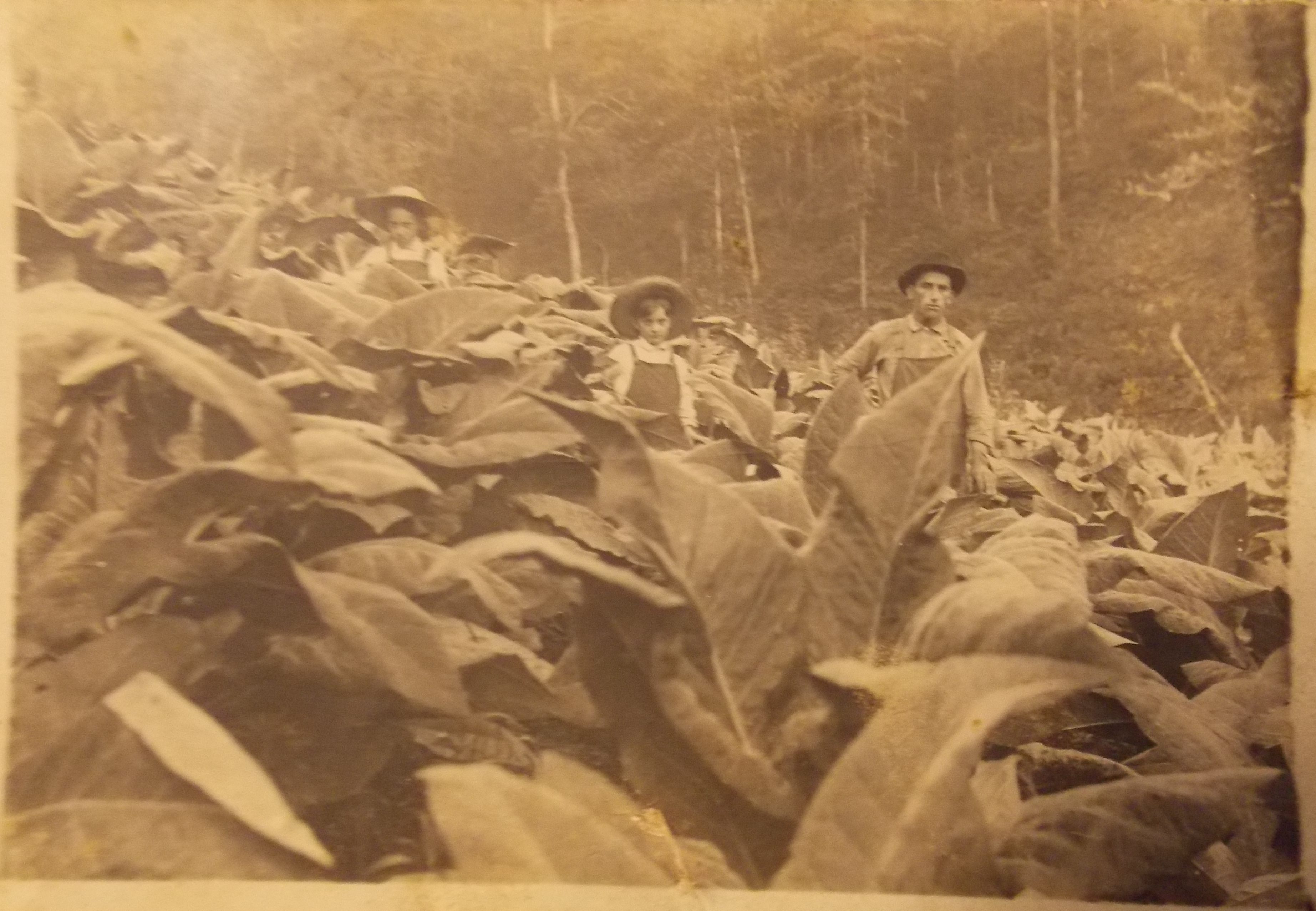 The superintendent and their family would live on the farm as well. Here Sybil and Shirley, children of Superintendent Hamilton Adkins, sit on the steps of the infirmary. Courtesy of Wendell and Helen Sebastian. 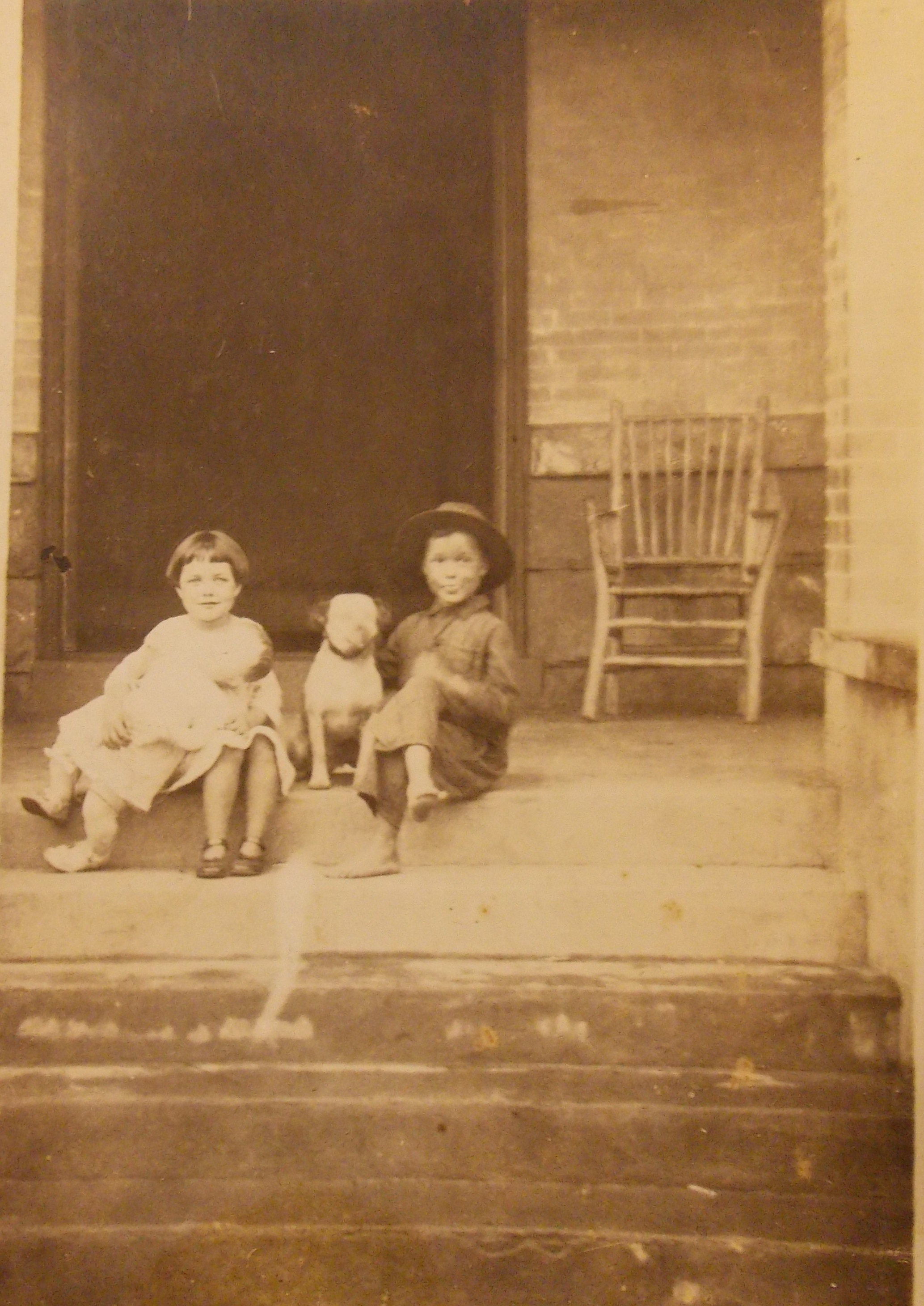 Jimmy Lynch was one of the farm's most well known inmates. He lived there for over thirty years, only leaving when the farm was shut down in the 1950s. Courtesy of Janet Perdue. 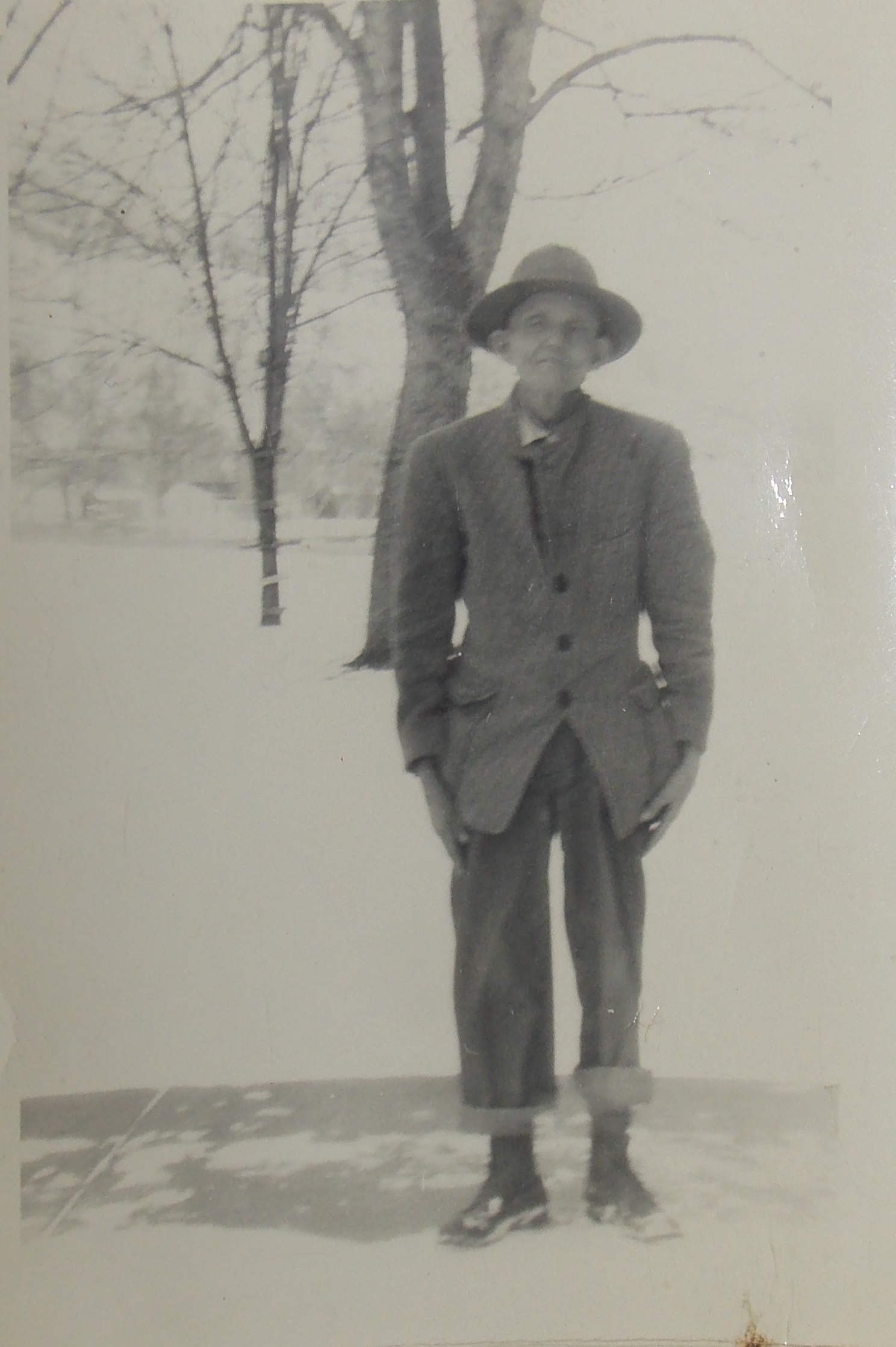 In the 1800s no forms of welfare or retirement existed to assist people who were unable to work for a living. Under West Virginia law, counties were given the responsibility of ensuring the welfare of their poorer residents. A committee known as the Overseers of the Poor originally gave aid to the needy or arranged for them to live with other families, but these methods had their limitations. Some counties across the country began creating poor houses and poor farms, where people who had nowhere to go could live and work together. In the 1870s John W. Trout, grandson of Abraham Trout, returned to Wayne after spending twenty years as a Mormon preacher in Indiana. Having been exposed to poor farms in Indiana, he began advocating for the establishment of one in Wayne County. In 1877 the County purchased a one hundred twenty-four acre farm from Virginia Morris. It was located where Wayne High School and Middle School stand today in a spot across from Twelve Pole Creek.

The County Farm was promptly established and began operations in 1878. John W. Trout was appointed the farm’s first superintendent, a position he would hold for thirty-six years. The original accommodations were log buildings constructed near where the high school’s greenhouse stands today. In 1914 these were replaced with the construction of a massive three-story, twenty-six room infirmary building designed by Ceredo native J. R. Gieske. The left wing served as the living quarters for the superintendent and his family; the right wing was for the farm’s residents; in between was a spacious lobby for socializing. In the 1920s two water cisterns were built to supply water to the farm; this was supplemented by the construction of a pond in 1949. In 1947 a cannery was built to help the farm preserve more of its food; it was also open to the public and taught people how to can.

People living on the farm were referred to officially as “inmates.” The farm held primarily the mentally or physically disabled, the elderly, and single mothers. Many orphaned children would end up on the farm as well; it was even designated the County Orphanage in 1928. During the Great Depression the farm also provided temporary living spaces for some unemployed men. Every able-bodied person was required to work. Women typically did housekeeping and cooked, while the men worked in the fields. Over the years a wide variety of crops were planted, from strawberries to tobacco; a small number of farm animals were raised as well. The intent was for the farm to be as self-sufficient as possible.

The farm always held only a small number of people; at its peak the population was thirty-eight inmates, whereas the Kanawha County Poor Farm held over three hundred at one point. The number was constantly fluctuating. Some people were transferred to other places; some left after becoming able to support themselves; but the majority of inmates lived there until they died. Tragically many inmates had no family willing or available to take their bodies. As a result, most inmates were buried in unmarked or crudely marked graves in an area between Twelve Pole Creek and the N&W railroad line, known now as the Potter’s Field Cemetery. In 1931 a new cemetery was started on the top of the hill across from the infirmary. In the 1940s and 1950s inmates were allowed to choose where on the farm they wished to be buried; this resulted in individual graves being scattered across the property.

By the 1950s the development of hospitals, homeless shelters, and retirement homes had rendered obsolete the concept of a county farm. By 1952 no more inmates lived on the farm, although the infirmary continued to serve as a distribution center for people needing aid. In 1959 the Wayne County Board of Education acquired the farm and all of its property. In 1960 the infirmary was demolished and construction of the new Wayne High School building began on the spot. Many pieces of the infirmary were used in building stone structures across the county. Today there are a few remains of the Poor Farm hidden around the Wayne High School property. The pond, a water cistern, and a WPA powder house have survived. The cannery was used as the band room and later classrooms for the high school before being condemned in 2013. An estimated one hundred thirty-five graves are believed to be on the property, all unidentified and overgrown.