John Wesley Dobbs Plaza occupies the corner of Auburn Avenue and Fort Street in the Sweet Auburn neighborhood. Dobbs was born in Marietta, Georgia in 1882 and grew up in a poor rural community. Dobbs moved to Atlanta when he was fifteen. By the 1930's, Dobbs was a local voice for increasing voter registration in the African-American community. He died in 1961, twelve years before his grandson, Maynard Jackson, Jr., was elected the first African-American mayor of Atlanta. The plaza named for Dobbs opened in 1996 and features an interactive bronze sculpture where you can "see through his eyes" along Auburn Avenue. 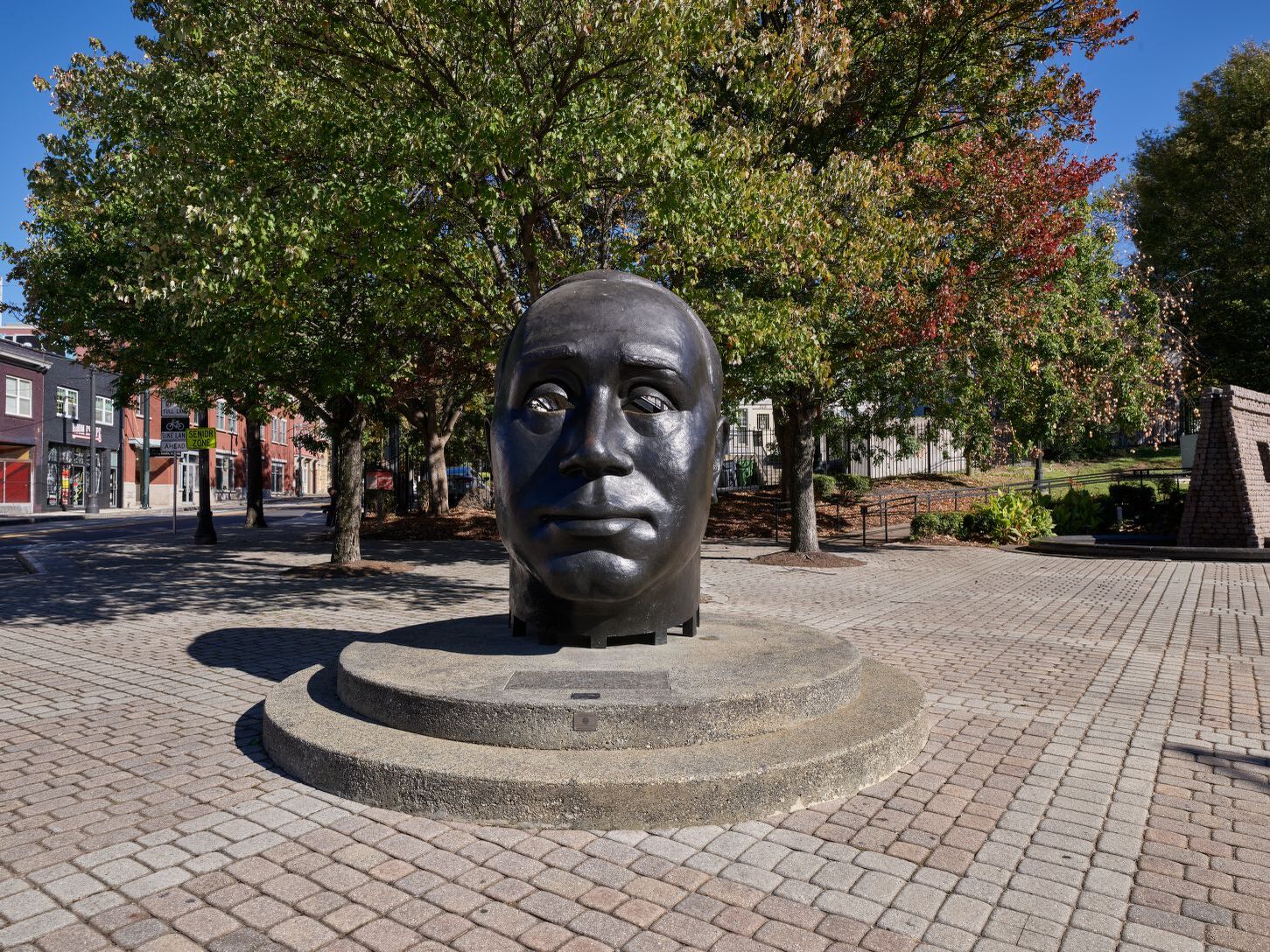 John Wesley Dobbs grew up poor in rural Georgia. He almost dropped out of school due to finances in fifth grade but was able to find work that allowed him to continue his education. Dobbs moved to Atlanta when he was fifteen, where he continued schooling until leaving temporarily to care for his mother who was ill and living in Savannah, Georgia. He never was able to finish the degree he started at Morehouse College.

Dobbs is credited with coming up with the name "Sweet Auburn" for Auburn Avenue and was informally known as the "Mayor of Auburn Avenue." Dobbs made an impassioned, two-hour speech in 1936 at Big Bethel A.M.E. Church on Auburn Avenue, urging Atlanta's Blacks to awaken their political consciousness. He proposed the formation of the Atlanta Civic and Political League, with a goal to register 10,000 voters. Dobbs formed the Atlanta Negro Voters League with an attorney, A.T. Walden, in 1946. The All Citizens Registration Committee formed at the same time. Through their combined efforts, 18,000 voters were added to the rolls in two months.

Another of Dobbs' causes was the integration of the police force of the City of Atlanta. Mayor Hartsfield assigned the first Black police officers to the city's forces in 1948. The eight new hires were stationed in the basement of the Butler Street YMCA and were not given the power to arrest White citizens. The mayor kept one more promise to the voters and installed street lights along Auburn Avenue in 1949.

Dobbs lived to see the first day of integration of the public schools in Atlanta, dying that very night in 1961. The Reverend Dr. Martin Luther King, Jr. spoke at Dobbs' funeral. Houston Street in downtown Atlanta was renamed John Wesley Dobbs Avenue in 1994 by his grandson, Maynard Jackson, Jr., before he left office as Mayor of the city. Maynard was the son of Rennie Dobbs Jackson.

John Wesley Dobbs Plaza opened in 1996, the year that the city hosted the Olympics. The site formerly held the St. Paul Episcopal Church until it relocated in 1969, leaving a vacant lot; a highway overpass now neighbors the plaza. The bronze image of Dobbs in the plaza is hollowed out, in the Nigerian traditional way of creating face masks. The sculpture allows visitors to climb up to the eyes, to literally "look through his eyes" down his beloved Auburn Avenue. The piece is seven feet tall and the work of sculptor Ralph Helmick. The former mayor and grandson of Dobbs attended the opening ceremonies. The plaza was honored with a design award in 1997 from the Atlanta Urban Design Commission. In the words of John Wesley Dobbs, "Get the vote and the dollar and you'll walk in Jerusalem just like John."