The Alexander Black House & Cultural Center is a museum, gallery, and meeting facility operated by the Blacksburg Museum & Cultural Center. The historic home was constructed in 1897. It was once the residence of Alexander Black—a descendent of William Black, whose land was used to establish the town of Blacksburg, Virginia. In 2002, the Queen Anne Victorian style home was relocated to its current location on Draper Road. It was moved in order to prevent its destruction during development activity on Main Street.

The Alexander Black House in Blacksburg, VA; image by By Smash the Iron Cage - Own work, CC BY-SA https://commons.wikimedia.org/w/index.php?curid=39398797 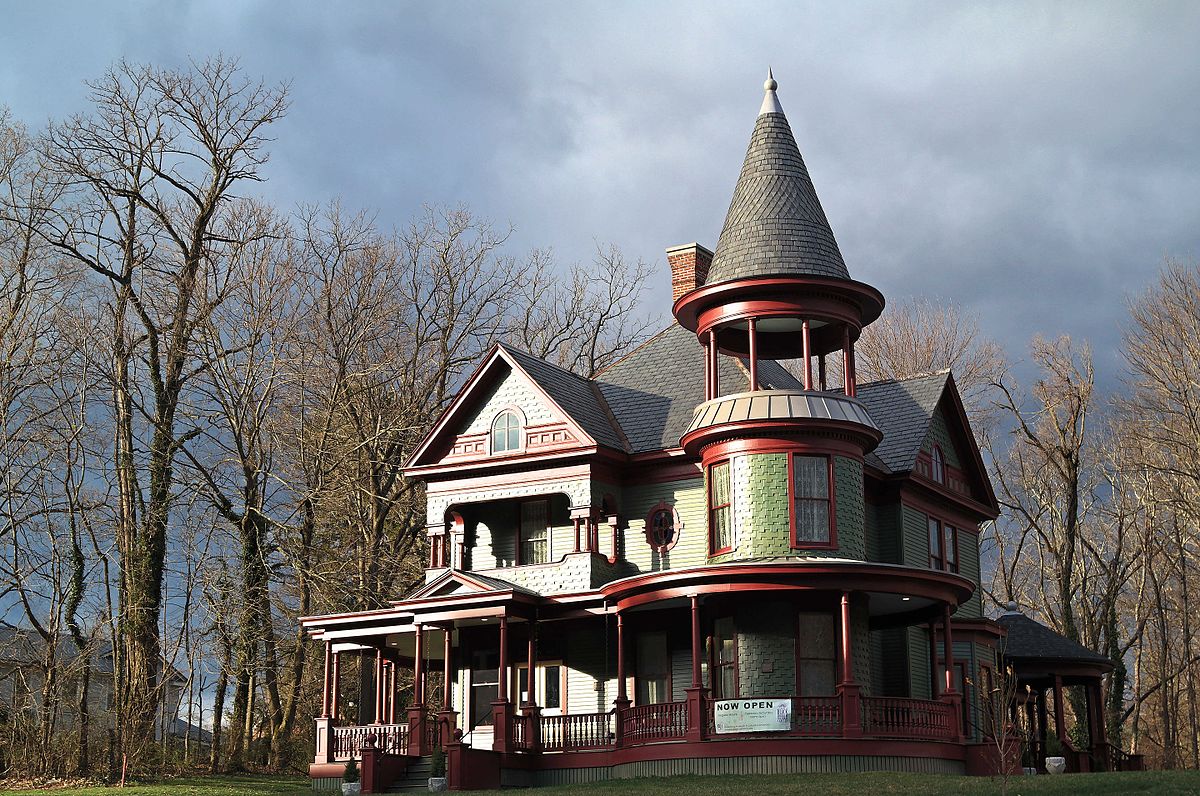 The Alexander Black House was home to Alexander and his family for over 30 years until his death in 1935. Photo obtained from Blacksburg.gov. 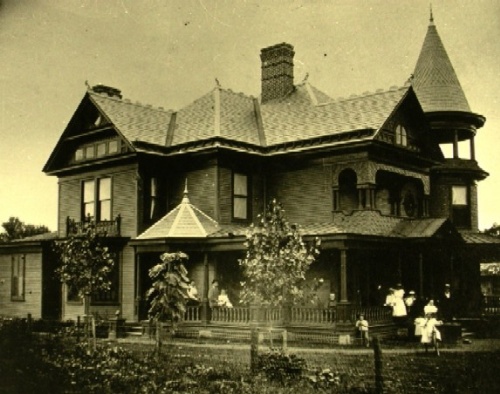 The Alexander Black House as it was being moved to its current location on Draper Road. Its conversion to a funeral home left the exterior signifigantly different from its original appearance. Photo obtained from Blacksburg.gov. 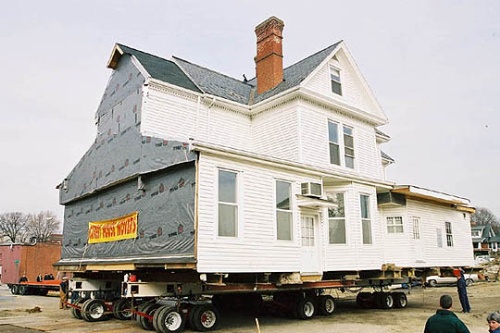 The Alexander Black House & Cultural Center is a historic home administered by the Blacksburg Museum & Cultural Foundation. BM&CF runs two museums in the Blacksburg area, the other being St. Lukes & Old Fellows Hall. The structure serves as a museum, gallery, and meeting facility. Part of the home is dedicated to memorializing the life of Alexander Black, while the rest of the space serves as a community center and as space for art and history exhibits. Also on-site are special event accommodations, gardens, and cultural heritage programs.

This historic home is located on Draper Road, named after the frontier farming area, Drapers Meadow (est. mid-1700). Samuel Black purchased 650 acres at Drapers Meadow, though he never inhabited the land. Upon his death in 1792 the property was split between his sons, William and John Black. In 1798, William set aside 38 acres of this land to establish the town of Blacksburg, Virginia. He would eventually move to Ohio, but his descendants continued to occupy the town.

One such descendant was Alexander Black, a successful local businessman and the founder of the National Bank of Blacksburg. He lived in a modest two-story house on Main Street until a fire destroyed the property in 1896. Later that year, construction began on a new residence—a Queen Anne Style Victorian structure with steep cross-gabled roofs, gingerbread trim, and a turret. The house remained in the Black family until Alexander's death in 1935. Its prominent location on Main Street lent itself to commercial use, so the home was sold to Oakey's Funeral Home, and later to the McCoy Funeral Home.

In 2002, development efforts on Main Street meant that the Alexander Black House was in danger of destruction. The Town of Blacksburg purchased the home and relocated it to a grassy knoll on Draper Road. Glavé & Holmes Architecture (G&HA) restored the exterior of the building to its late-19th-Century appearance, making necessary modifications and additions to provide for its new function, while still maintaining its historical integrity. The project serves as a successful example of public-private partnership.