The historic Old Mill in Pigeon Forge is one of the most visited sites in the Smoky Mountains and is listed on the National Register of Historic Places. The Old Mill dates back to 1830, when it was built to grind Old Mill grains. The property on which the Old Mill sits was purchased in 1807 by Mordecai Lewis, who moved west from Virginia and purchased 150 acres on the Little Pigeon River. After the Old Mill was built, it was the chief supplier of flour and meal in the area, and it generated Pigeon Forge's electricity until the mid 1930s. When visiting the Old Mill District today, visitors can check out shops, candy stores, dine at the Old Mill Restaurant, and even watch millers grind Old Mill grains as they did in the 1800s. 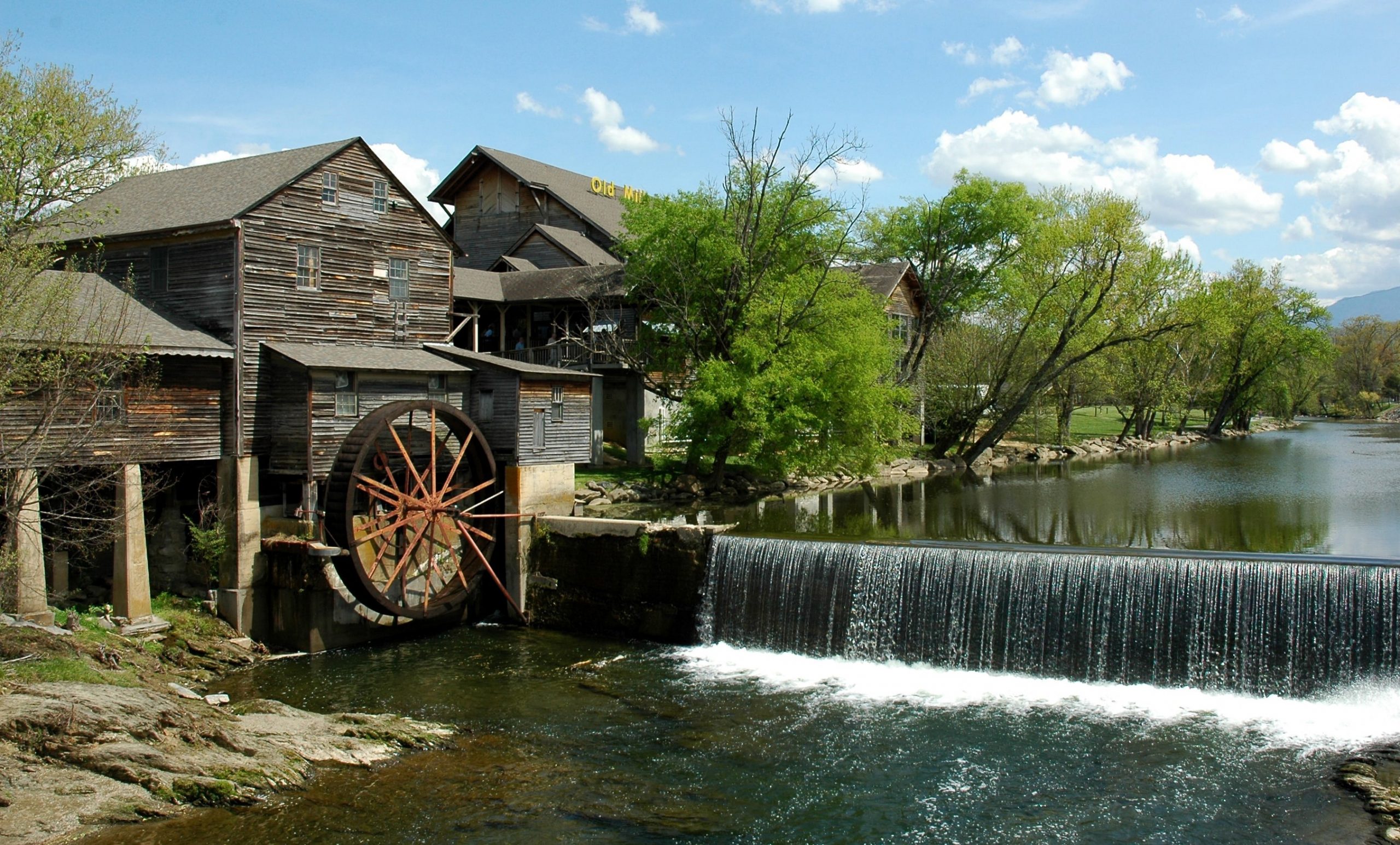 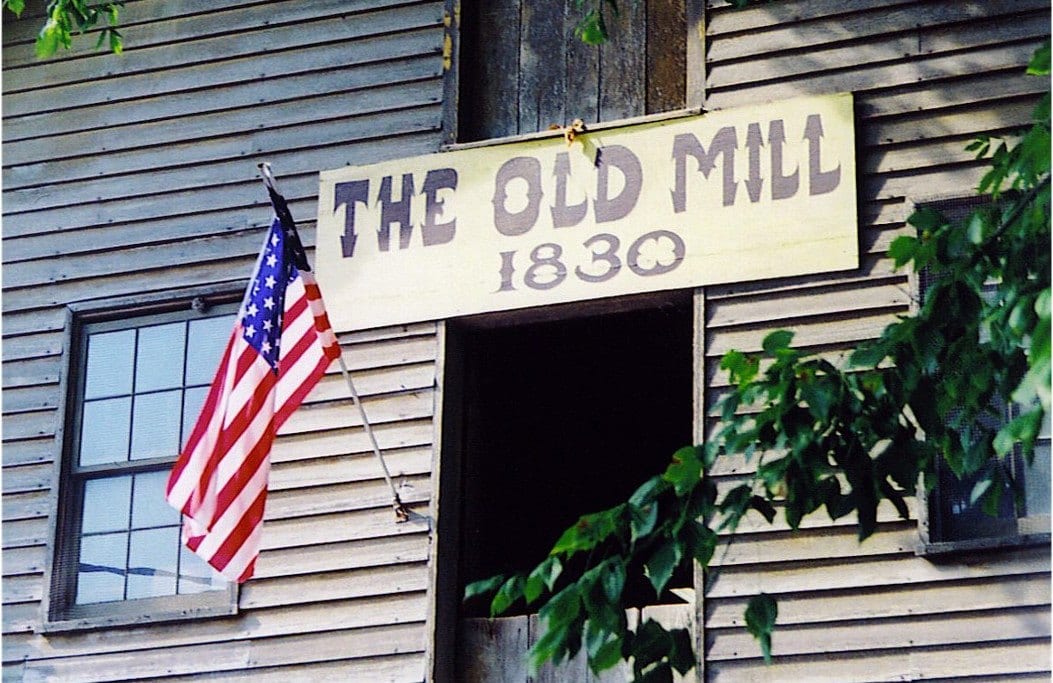 The Old Mill When Roller Mills Were Added, ca. 1889 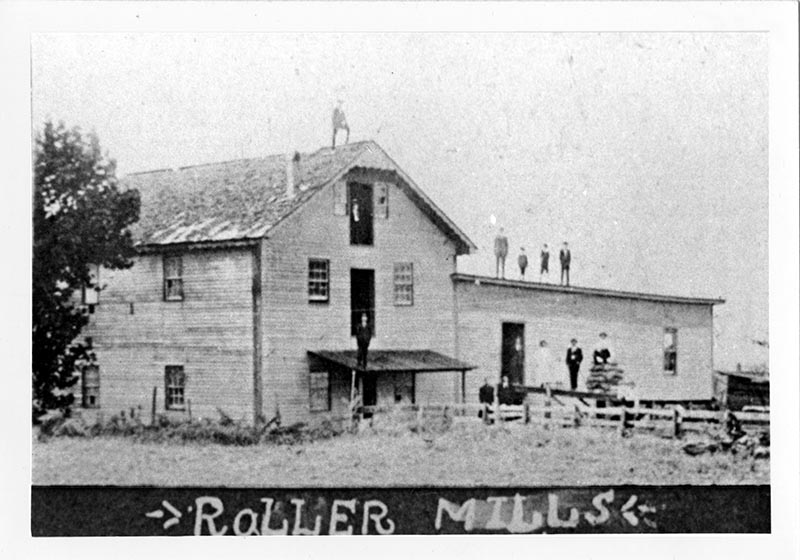 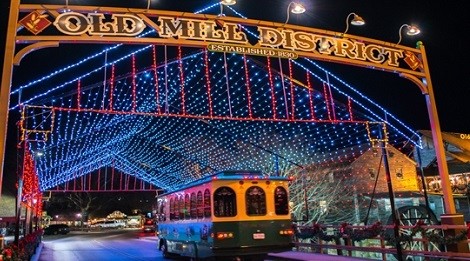 The rich and illustrious history of the Old Mill dates back to the latter part of the 18th century when Mordecai Lewis left the Shenandoah Valley to travel west and elected to establish residency in East Tennessee. Many Virginians decided to go westward after the governor of Tennessee, John Sevier, strongly encouraged them to settle in the state soon after the Revolutionary War ended. In 1794, Sevier appointed Lewis as a Justice of the Peace and the Coroner of Sevier County. At the turn of the 19th century, after Governor William Blount granted him 151 acres, Lewis decided to make his home on the Little Pigeon River.

After Lewis's death, his son-in-law Isaac Love inherited the land and chose the west branch of the river to build an iron forge with his sons. Isaac's iron industry struggled to turn a profit, and in the early 1840s he sold the forge. Later, Isaac's son William would build the Lewis Mill, named after his grandfather, to grind corn. The Lewis Mill was built of sturdy materials such as: hemlock, heart of pine, and Tulip poplar. William Love would become postmaster general after creating the first post office inside the mill. Love also was the one who came up with the name "Pigeon Forge," inspired by the passenger pigeons which sat in the trees along the river.

The second owner of the mill was John Sevier Trotter, who decided to add a saw mill operation. Trotter built a covered bridge across the Little Pigeon River that would come to be known as "Trotter's Ford." The mill would also be responsible for the seven other bridges built across the county. During the Civil War, Trotter was a Unionist who used the second floor of the mill to make clothes for Union soldiers in the region. Additionally, the third floor was used as a hospital. Trotter's son William served with the Union army and commanded a company during the Battle of Fort Sanders.

Soon after the end of the war, a massive flood came, destroying Trotter's bridge and pushing the water wheel down the river. A new steel bridge was built in its place. John Trotter decided to close and sell the iron forge in 1865. Eventually more power was needed in the area due to increased production, so a water turbine was added, as well as roller wheels for flour production. At the beginning of the 20th century, the Lewis Mill became the Pigeon Forge Milling Company and started grinding wheat into types of flour such as Silver Star, Dixie Bell, and Lily of the Valley. Unfortunately, another massive flood would soon sweep through the area and take the water wheel and the steel bridge. This time the steel bridge was replaced by one made of concrete.

When the Great Depression hit, the mill was also affected by the crisis, and for six months the Bank of Sevierville owned it. In 1933, Fred Stout purchased the mill, and it would remain in his family for more than six decades. The Old Mill District continued to flourish when Douglas Ferguson started Pigeon Forge Pottery in an old tobacco barn built by John Sevier Trotter. The home that he built next door still stands as the Pottery House Cafe. After Ferguson's death, the Old Mill established the Pigeon River Pottery in Ferguson's old studio.

With tourism picking up in Pigeon Forge in the early 1950s, the name the Old Mill was bestowed on the old Lewis Mill and the parkway leading into the district was widened to allow for more traffic. In 1993, three families came together to build the Cornflour Restaurant beside the Old Mill, two years later its name was changed to the Old Mill Restaurant. The Old Mill is one of the most treasured and frequented historic places in Pigeon Forge and the Great Smoky Mountains, something the Department of the Interior acknowledged when placing it on the National Register of Historic Places in 1975.

Your Ultimate Guide to The Old Mill in Pigeon Forge, Visit My Smokies. February 28th 2019. Accessed May 26th 2020. https://www.visitmysmokies.com/blog/pigeon-forge/attractions-pigeon-forge/guide-old-mill-pigeon-forge/.