Originally known as Summerville, the Strawberry Mansion was completed in 1789 at the direction of Judge William Lewis. Judge Lewis had purchased the land and original buildings along the Schuylkill River in 1783, at the conclusion of the American Revolution. The city of Philadelphia acquired the mansion in 1867 and turned over care of it to a women’s organization known as the Committee of 1926 who had it restored from 1927-1931. The largest of the Fairmount Park mansions, it is now one of the premier period home museums in the area and is listed on Philadelphia’s Register of Historic Places.

Strawberry Mansion was known as Summerville until the mid-19th century when it was renamed for the delicious strawberries and cream that were served here. 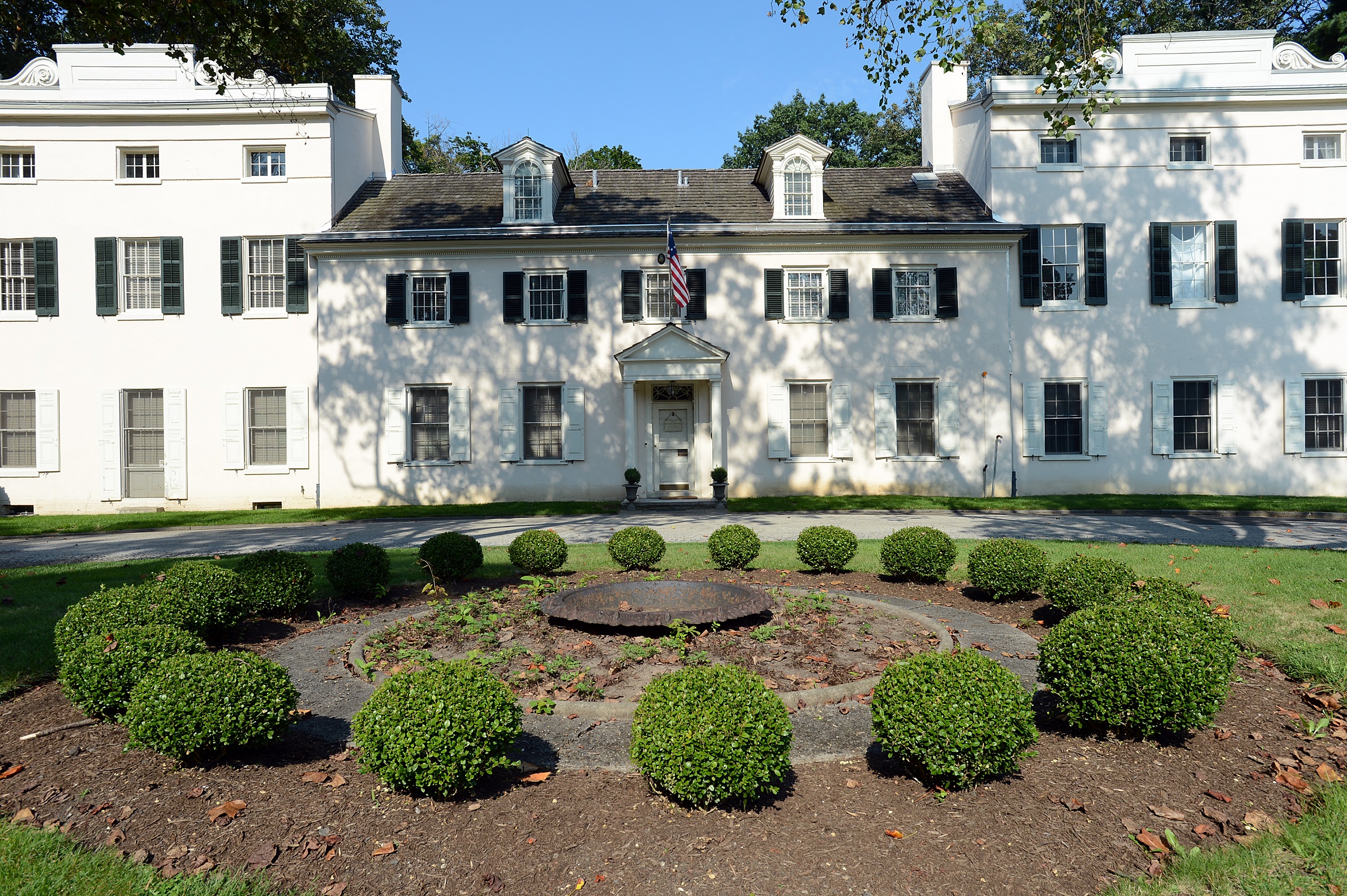 This overhead shot of the mansion reveals its size as well as the bucolic grounds that surround it. 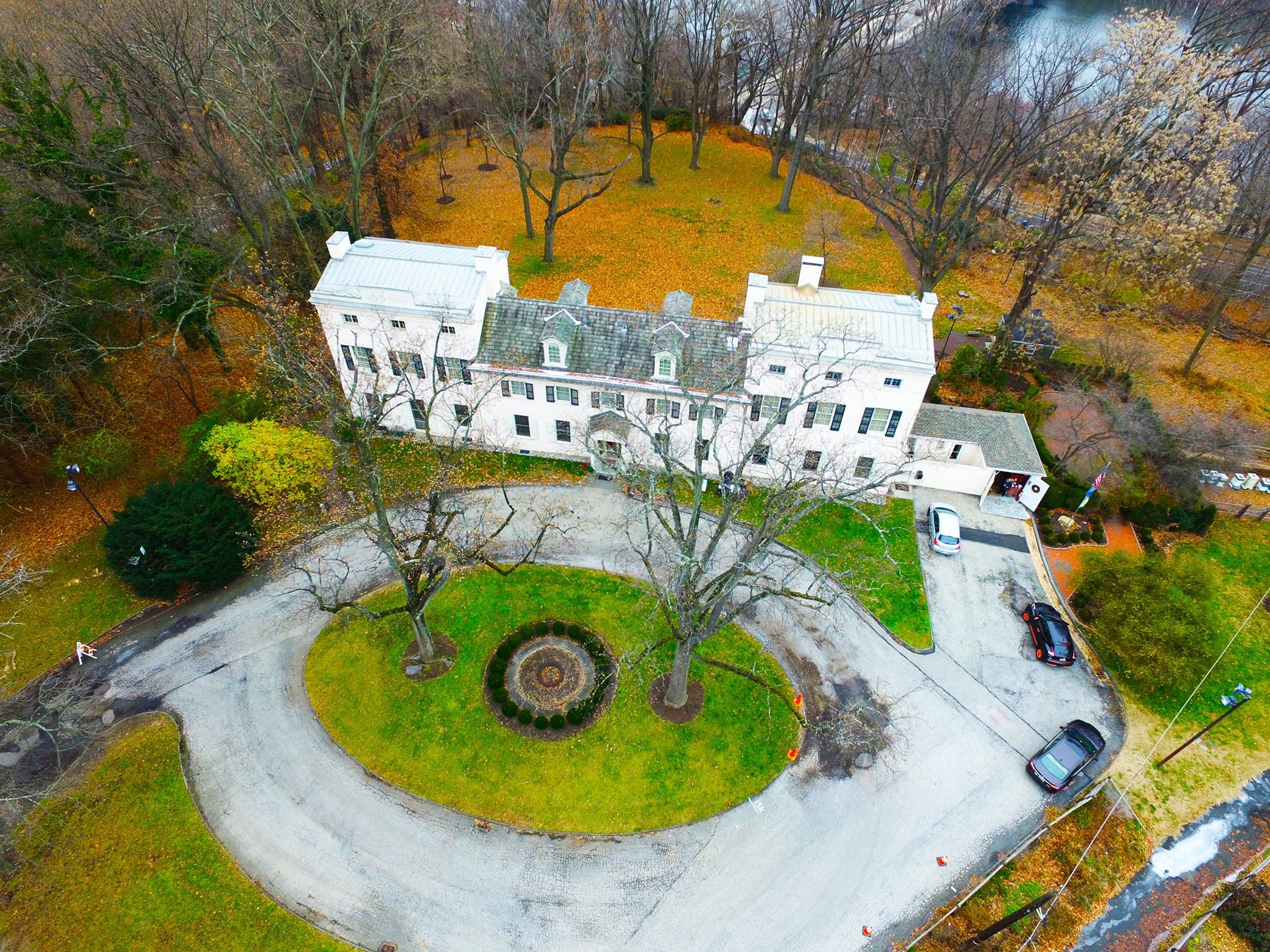 a couple stands in the mansion's Banquet Room that features a large, Dot Bunn mural depicting Philadelphia in the 19th century. 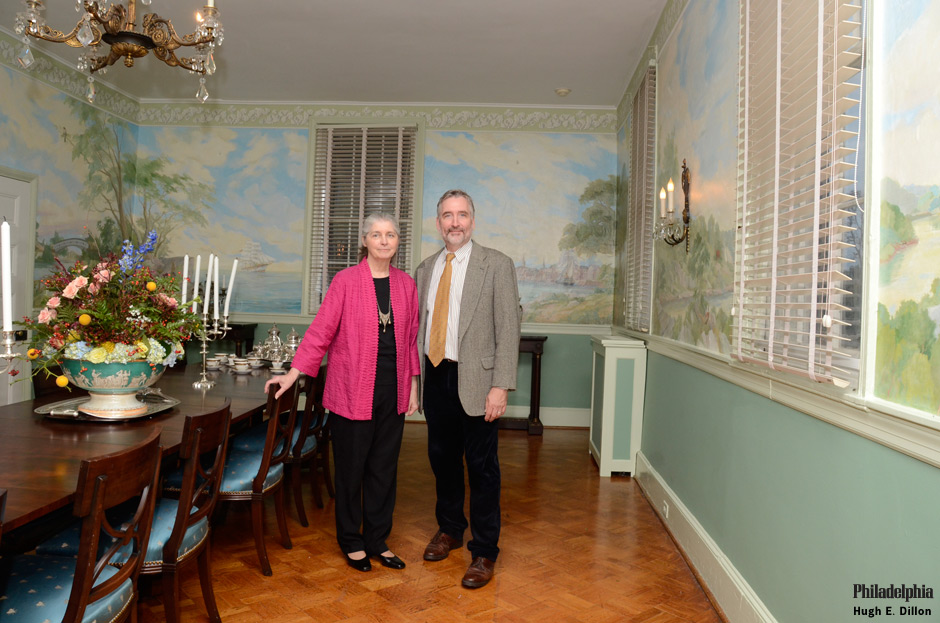 The mansion's ballroom was added sometime around 1828 and has been adorned with furniture imported from France. 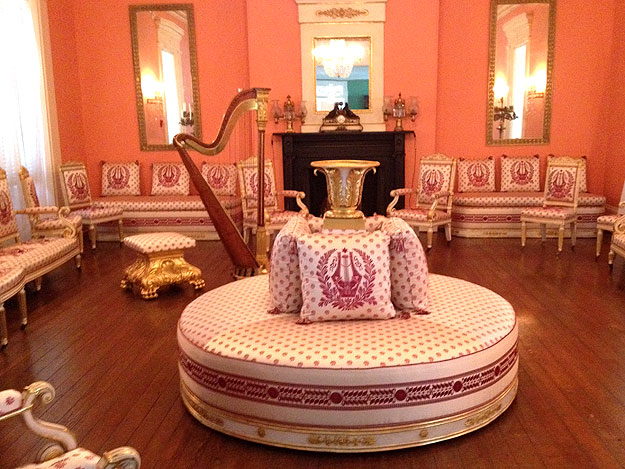 William Lewis was born into a Quaker family in 1751 and passed the bar both before and after the Revolutionary era.  He was known for defending fellow Quakers accused of treason for not fighting during the Revolution, thus establishing the legal precedent of conscientious objection.  A friend of George of Washington, he was appointed to a federal post by the first president and advised Alexander Hamilton regarding the creation of the First Bank of the United States.  He also drafted and helped pass Pennsylvania’s Act for the Gradual Abolition of Slavery in 1780 which was the first legal action against slavery in the country’s history.

Lewis died at Strawberry Mansion in 1819 and the house was rented out until 1821 when another judge, Joseph Hemphill, purchased it.  It was the Hemphill family that added the two Greek revival wings to the original Federal style home sometime around 1828, to include a ballroom.  Hemphill, aside from being a lawyer and judge, also served in the House of Representatives from 1819-1831 and was involved with manufacturing Tucker and Hemphill porcelain.  Judge Hemphill passed in 1842 and the home was sold to George Crock who leased out the home and grounds.  It was during this time that it came to be known as Strawberry Mansion as one of the leasees was famous for serving strawberries and cream.  In 1867, Crocker sold the estate to the city and the area around it came to be known as East Fairmount Park.

The Committee of 1926 had formed around the celebrations of the sesquicentennial of the Declaration of Independence and stayed together as a historical preservation organization that took it upon itself to restore Strawberry Mansion, which it did from 1927-1931.  It has been a period museum house ever since and went through another restoration from 2009-2013, to include the Banquet Room mural project.

Today the mansion features numerous rooms that have been furnished and are maintained by various organizations.  Among its collections are the Sesquicentennial and Millennium Doll Collections and Esther Ann McFarland room that features a display of Tucker and Hemphill Porcelain.  The mansion rooms that are open for public viewing include the ballroom that features French furniture from General George Cadwalder, the attic that holds a toy collection, the library/reception room, the Lewis Parlor, Jefferson Dining Room, and the Gillingham and Empire bedrooms.