From telegraph and radio to radar and satellites, the National Electronics Museum offers visitors access to the electronic marvels that have helped to shape our country and our world. Located within minutes of Baltimore's BWI-Thurgood Marshall Airport and the BWI Rail Station, the museum offers a wide variety of both static and interactive displays, as well as a research library that is open to the general public, with holdings that focus on all aspects of electronics history. Admission is $ 5.00 for adults, $ 3.00 for students, seniors and active duty military. Kids 5 and under are free. 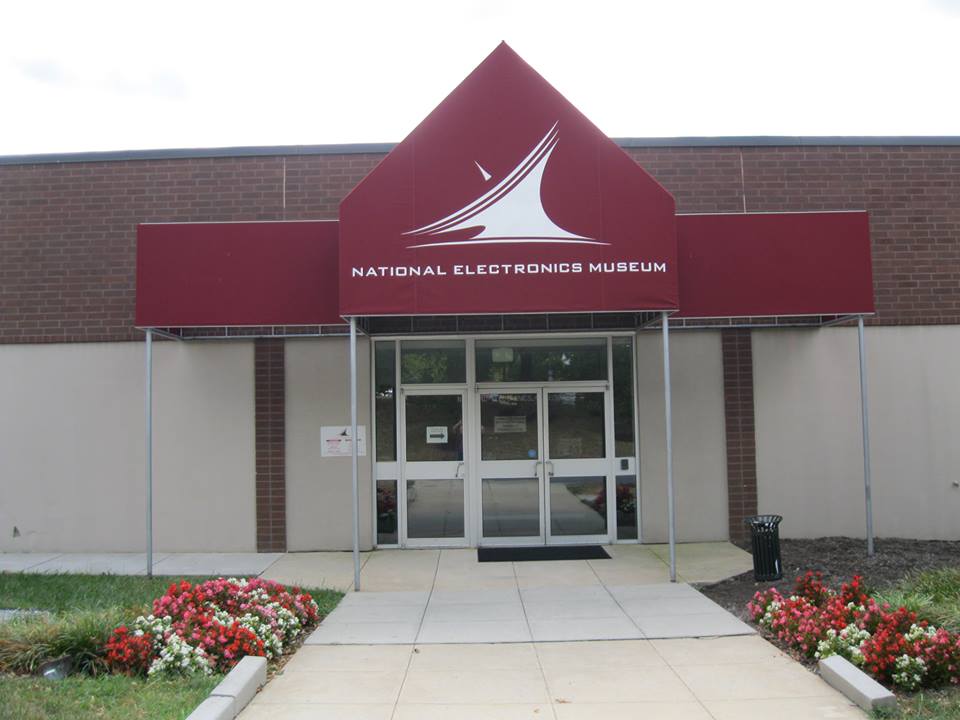 NEM is home to an SCR-270 radar, the type used at Pearl Harbor. We have the radar antenna in our outdoor display, and a recreation of the trailer which contains some of the transmitting and receiving equipment. 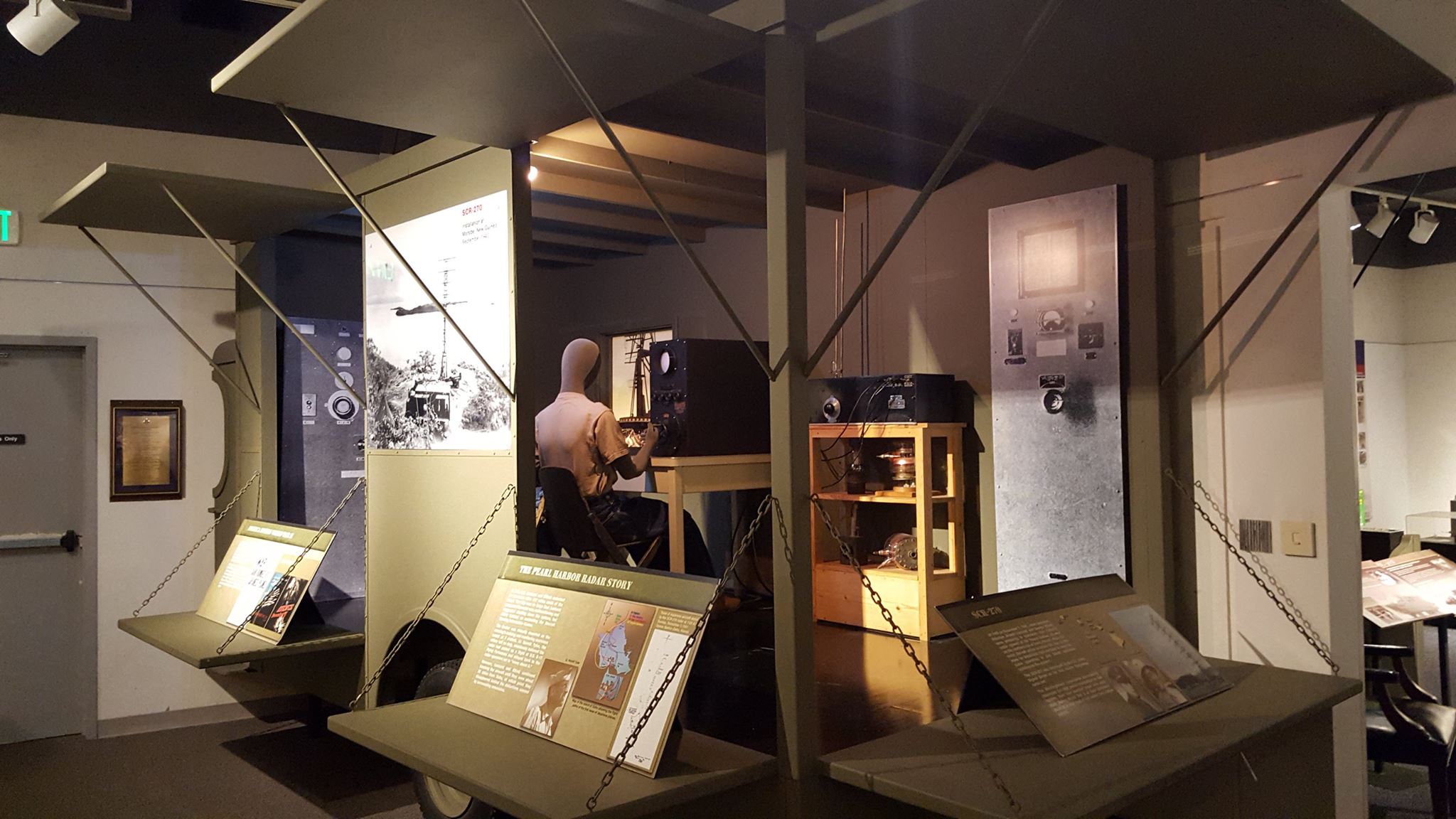 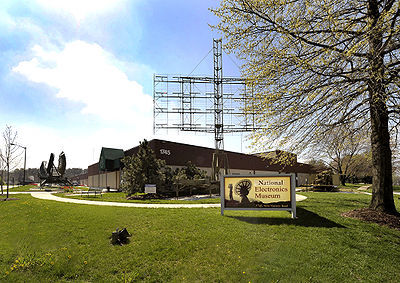 In addition to our historical radio exhibits, NEM has an active Amateur Radio Station, call sign K3NEM. Listen for our net on Wednesdays, Noon Pacific Time, at 14.270 MHz +/- 5KHz. 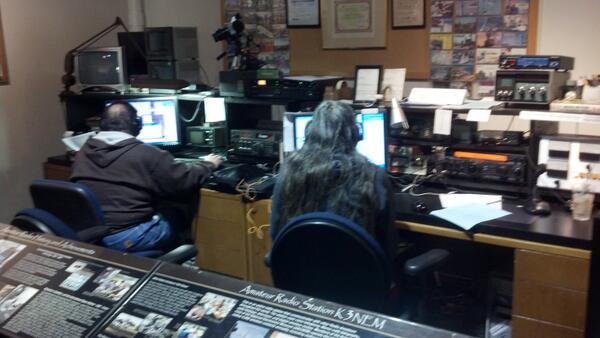 The National Electronics Museum grew out of a Westinghouse Family Day in 1973. Robert Dwight, an employee of the Westinghouse Defense and Electronics Systems Center in Baltimore, Maryland and a key planner of Family Day, saw the event as an opportunity to display employee products that their families had previously not had the opportunity to see. Titled “Yesterday, Today and Tomorrow”, three airborne radar systems, the AERO-13 AN/APQ-50, the AN/APQ-120 and the WX-200 were set out as examples of each era. Throughout the day, Mr. Dwight made the same observation: employees and their families were excited and proud to see the finished products of their work.

This excitement was shared by Mr. Dwight. He decided to actively pursue more radars and other electronic equipment to display to fellow colleagues. Enlisting the help of Jack Sun, a Westinghouse employee, formerly with the United States Air Force, Mr. Dwight wanted to acquire the radar from a BOMARC missile from the Department of Defense (DOD). This missile carried the AN/DPN-53, the first airborne pulse-Doppler radar. The two men quickly ran into a dead end. According to Department of Defense regulations, they could not obtain the BOMARC radar unless they were a legally qualified non-profit museum.

Both Mr. Dwight and Mr. Sun approached senior Westinghouse lawyer Luther Gregory for advice and aid in drawing up the papers necessary to create a legitimate museum. It was a long period before it was realized. Finally, in 1980 the National Electronics Museum was incorporated in the State of Maryland as a non-profit museum.

Westinghouse provided much needed support in the form of financial aid and storage facilities. In 1983, a 2,000 square foot space was dedicated to the museum at Airport Square III, near the present location. In 1986, this space was expanded to approximately 4,000 square feet. The museum hired its first professional staff member in 1989 to augment the all-volunteer staff. In 1992 the museum relocated to its current location at Friendship Square.

Corporate support was continued by the Northrop Grumman - Electronic Systems after it purchased the Westinghouse Defense and Electronics Systems Center in 1996. Plans for expanding within the current location were developed in 1998, and in 1999 the museum was closed for several months while under construction. In September 1999, the doors were opened again to reveal a doubling in size to 22,000 square feet of indoor space, including a new event and meeting space, new exhibition gallery, climate controlled storage area, an electronics laboratory, conference room and a half acre of outdoor exhibit space.

The museum continues to develop with the addition of new permanent outdoor exhibits and improved landscaping. Indoor gallery spaces are being redesigned and updated. Educational programming such as the Young Engineers and Scientists Seminars (YESS) and the Robot Festival are offered on a yearly basis with other events under consideration. The museum has also established the Robert L. Dwight Science Scholarship awarded to outstanding engineering students at the University of Maryland College Park and University of Maryland Baltimore County. Finally, the Museum benefits greatly from the support of grants and donations from various state agencies, engineering societies, and individual contributors.

Members of the Board of Directors have included individuals from corporations and organizations such as the Westinghouse Defense and Electronics Systems Center, Northrop Grumman - Electronic Systems, Anne Arundel County Public Schools, Carnegie Institute, American Association of Museums, the University of Maryland Baltimore County, Johns Hopkins Applied Physics Lab, Allied Signal, and Hertzbach & Company. The staff has grown to two full time museum professionals and several part-time museum staff. The volunteer corps consists of over fifty people who donate regularly over 5,000 hours a year.

As the founders envisioned it, the museum is a place for visitors to learn about the technological achievements and advances by the aforementioned companies and others like them. It also allows those people who have been involved with the objects to look back and share their accomplishments with others. The National Electronics Museum has evolved into an institution that not only appeals to engineers, but to students and the non-technical public as well. We offer people the opportunity to see and experience the “Yesterday, Today and Tomorrow” of the defense electronics industry.