On April 17 and 24, 1960, African American protestors, including the local NCAAP president Dr. Felix Dunn and his family participated in a "wade-in" at a beach near this marker. The purpose was to protest the policy of segregation that prevented African Americans from enjoying the beach. The police removed the protestors but did not file any charges against them. Fortunately, there wasn't any violence during the protest. However, this was not the case during the wade-in in nearby Biloxi, as the police arrested protestors and whites reacted violently against the protestors. The wade-ins did however prompt the U.S. Justice Department to challenge the state's segregation laws. 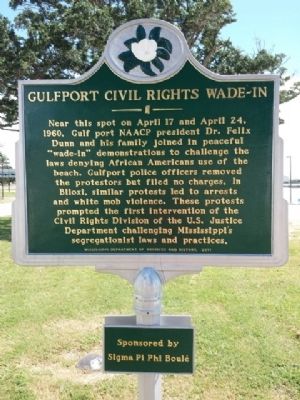 The beach near the marker where the wade-in occurred 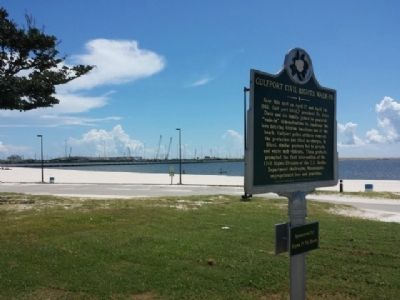 A neighboring demonstration on the beaches of Biloxi led to the arrest of seventy-one civil rights protesters. 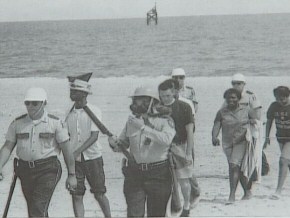