Designed by the New York firm of Mitchell and Grant, Allegheny Commons Park was officially established in 1867, making it Pittsburgh’s oldest public park. The park's origin dates back to the establishment of this area as Allegheny City’s public grazing land or “common” area. The 62-acre park surrounds the neighborhood now known as Allegheny Center which had been the central area of Allegheny City. The park is home to a statue dedicated to labor leader Thomas Armstrong, the editor and owner of the Labor Tribune who also ran for governor in 1882. The park is divided into four sections, north, south, east and west which are directionally relative to Allegheny Center. The park boasts numerous recreational facilities, memorials, and monuments. The park was added to the National Register of Historic Places in 2009.

The park's Lake Elizabeth with Pittsburgh's skyline in the background. 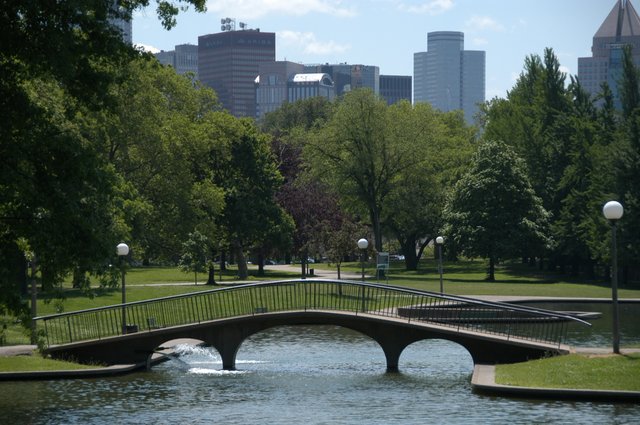 Created in 1889, this statue honors labor leader Thomas Armstrong. The monument resided in West Park until 1969 when it was hit be an automobile. The statue was repaired and moved to this location in 1975 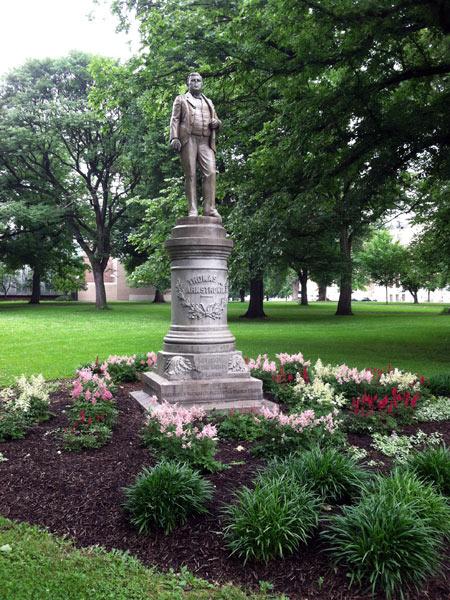 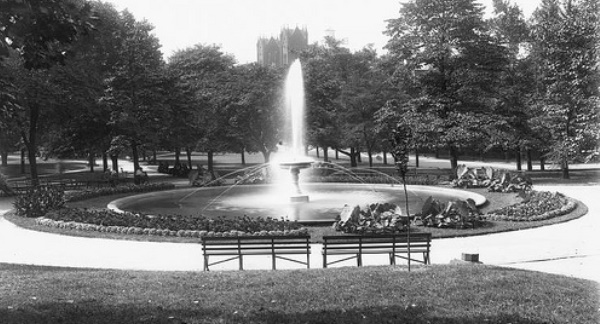 The park got its start as a 102-acre common grazing area in 1783 and the west commons was developed in the 1820s and contained the Western Penitentiary and a theological seminary.  It also served as a camp for Union soldiers during the Civil War.  The park was then created from a desire to create “breathing spaces” for the citizens of Allegheny City, now known as Pittsburgh’s Northside.  The park's size and shape have been altered over the years, especially during the urban renewal projects of the 1960s, but the park’s original intent has endured.  It still offers Pittsburghers a bucolic place to enjoy nature, wander its tree-lined paths and a temporary respite from city life.

The park is home to the National Aviary, playing fields, a small lake, tennis courts, playgrounds and ornamental flower beds.  Various memorials dot its landscape to include the Hampton Battery Memorial, the USS Maine Memorial, the George Washington Memorial, and the Stephen Foster Memorial.  The park contains over 1,000 trees comprised of almost 100 species, such as American sycamore, gingko, northern red oak, London planetree, and cucumber magnolia.

The park recently underwent a planned $17 million restoration effort (cost over-runs place that figure closer to $25 million) which began back in 2002.  Part of that effort involves the $2.5 million design and reconstruction of the park’s northeast fountain and surrounding gardens.  The park is roughly bounded by North Ave, Cedar Ave, Stockton St, and Ridge and Brighton Avenues.