Keller Hall was originally built as the Gymnasium and Social Center Building at Westhampton College in 1936. The building served as the recreational and exercise space of the students of Westhampton college for over 40 years until the university started converting the upper levels into students housing. The building was rededicated for Dean May Lansfield Keller in 1963 at the time of her retirement from the university. She had served as the Dean of Westhampton College since its founding in 1914. Today, Keller Hall makes up a small portion of the University of Richmond’s upperclassmen student housing as well as UR’s performing and visual arts facilities.

Keller Hall after its completion in 1936. 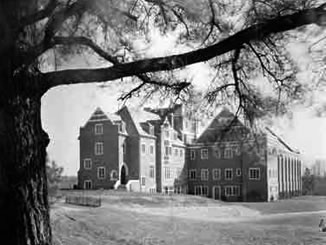 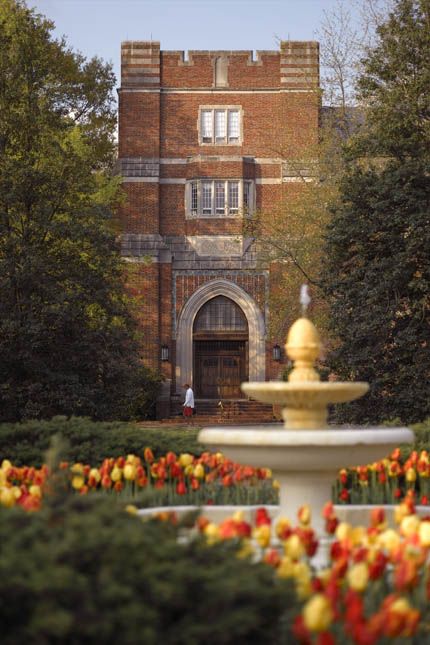 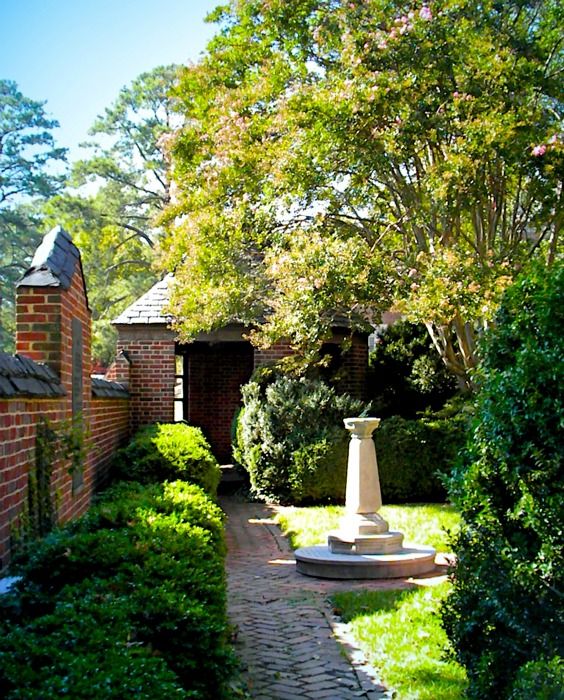 Keller Hall sits on the on the Westhampton College side of the University of Richmond in the quadrangle of South Court, North Court, Gray Court and the Booker Hall of Music. Keller also sits next to the Modlin Center for the Arts, with Crenshaw Field sitting directly behind it. Keller Hall is four full floors, with a beautiful walled-in garden on the side of the building.

Prior to the Gymnasium and Social Center’s creation, the Westhampton students had no other recreational or exercise space, despite the fact that Dean May Keller’s first hire was a gym teacher, Ms. Fannie Graves Crenshaw. When Westhampton College began offering a Bachelor of Science in Physical Education in the 1930s, the efforts to provide Westhampton students with a gym intensified.

The building was designed by Carneal & Johnston in the Collegiate Gothic Style and was described in the Alumni Bulletin of 1936 as “bought with the pennies, dimes and dollars of Westhampton’s daughters and friends.” The Westhampton Alumnae associated played a vital in the creation of the facility, raising $55,000 dollars for the project.

Over the decades Westhampton students utilized the Gymnasium & Social Center for organization meetings, exercise, dances and to relax with friends between classes. The building became an important part of the social scene for the women of Westhampton. In the early 1960s a swimming pool was added to the building in honor of Fannie G. Crenshaw, Westhampton’s first physical education instructor. And in 1964 the Westhampton Alumnae Association had the building rededicated in honor of Dean May L. Keller at the time of her retirement to memorialize her incredible service and contribution to the college.

In 1978, the University of Richmond began converting the upper levels of Keller Hall into student housing. In 1993 the university proposed plans for the Modlin Center for the Arts, that would include space in Keller Hall. Today Keller Hall houses 57 upper classmen as well as a student theater, art gallery, art studios, and administrative offices for the Art and Art History departments.

Keller Hall. History of the University of Richmond. http://urhistory.richmond.edu/architecture/index.html.