Spanning the Red River connecting Fargo with Moorhead, Minnesota, the Veterans Memorial Bridge commemorates the men and women who have served in the United States military. It consists of ten columnns that have emblems representing the different branches of the military (Army, Navy, Marines, and Air Force) and the following veterans organizations: Vietnam Veterans, Disabled Veterans, AMVETS, the American Legion, and the Veterans of Foreign Wars. 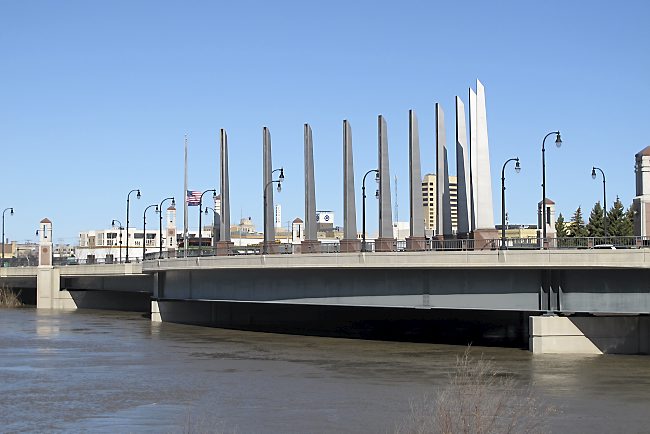 There are also three a few interpretive signs attached to the bridge wall describing different aspects of Fargo's history. One examines the tremendous impact of gasoline horsepower on Fargo and Moorhead. The next sign, titled "The Next Great City," describes the founding of Fargo and Moorhead by the Northern Pacific Railroad in 1871. The third interpretive sign, titled "Red River Transportation / A Busy Port," examines the history of transportation in the region from Fargo-Moorhead to Canada.