Opening in 1818, Cades Cove is one of the most visited destinations in the Great Smoky Mountains. Once known as “Kate’s Cove” after an Indian chief’s wife, this particular cove, an isolated valley in the Great Smoky Mountains National Park, drew the Cherokee Nation back again and again for its plentiful wildlife and good hunting. Native Americans, however, were not the only ones interested in this location over the years. Settlers of European descent began to make Cades Cove their home as well where they would cultivate the land and establish thriving farm land on it due to its fertile soil. Like many other historic sites, Cades Cove has been preserved by the Great Smoky Mountains National Park to look as it did in the 1800s and encompassed into the largest open-air museum in the entire park. The majority of the original settlers in the valley came from Virginia, North Carolina, and east Tennessee. As visitors drive, hike, or bike the eleven-mile one-way loop road around the Cades Cove site, they can see the original pioneer homesteads, barns, businesses, farmland, and wildlife. 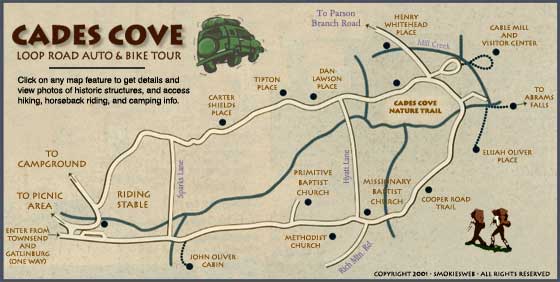 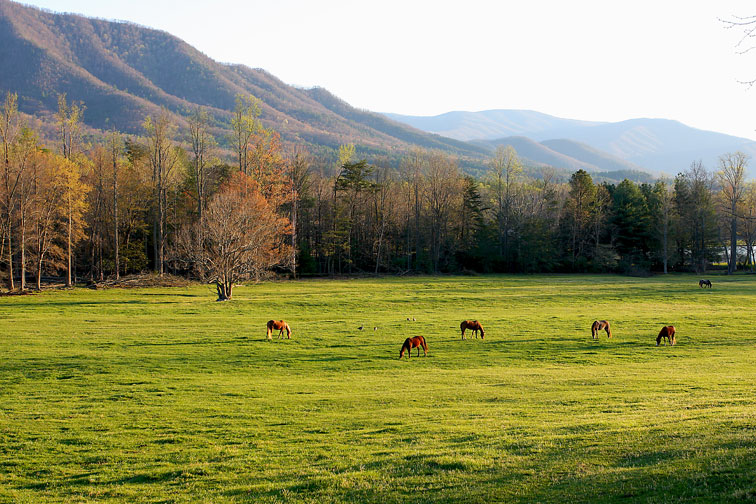 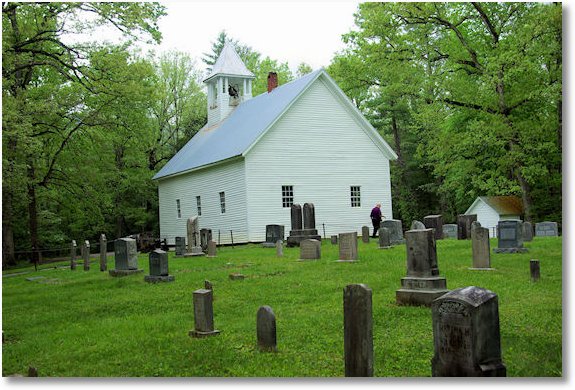 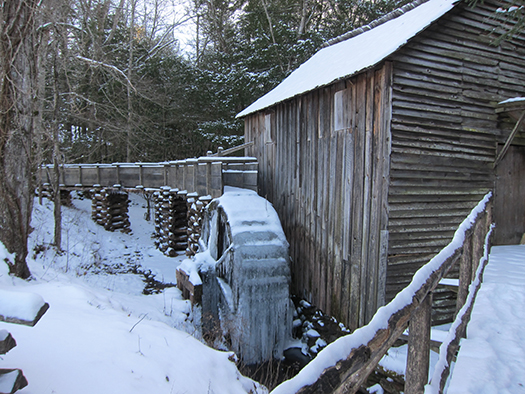 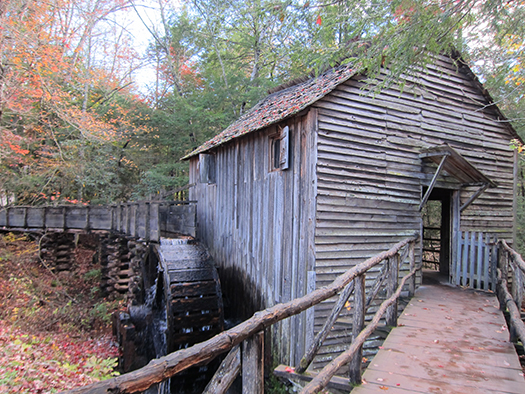 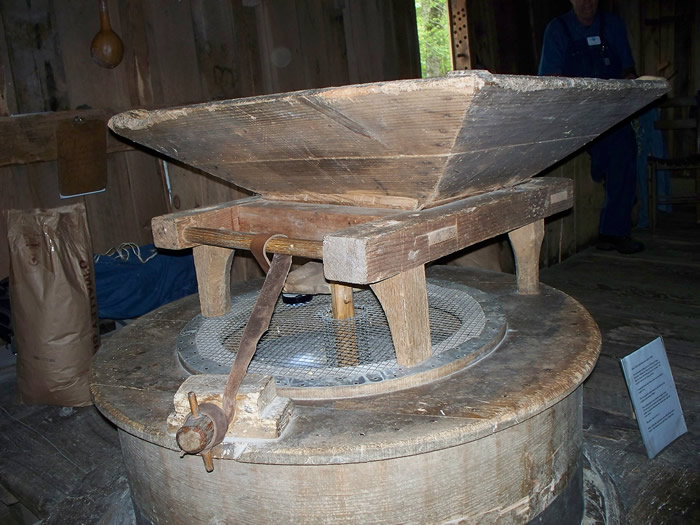 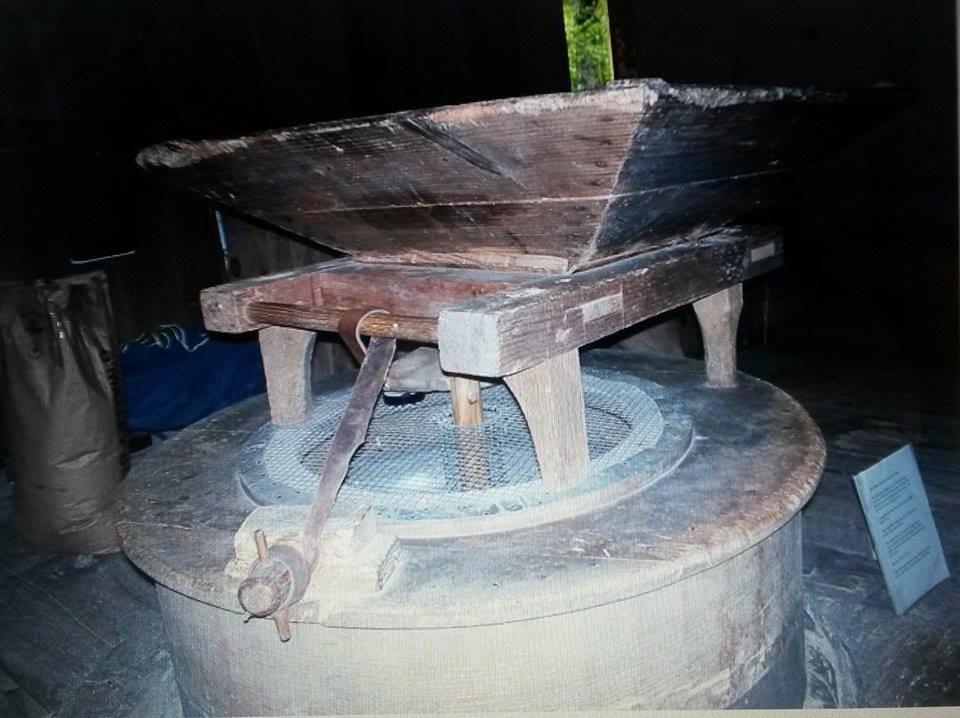 Geologically, Cades Cove is a type of valley known as a "limestone window” which means the weather and time rust away the limestone leaving a flat land valley surface and rich, fertile soil attractive to Native American populations as a seasonal hunting camp and to early Anglo settlers for farming.

The earliest white settlement in the area was established in 1818 with the Oliver and Tipton families setting up cottages and the Cable family erecting a series of dikes and sluices to drain the swampy land for more permanent and larger agriculture. By 1850, the population of the area was 671 and by that time, various religious, economic, agricultural, and cultural institutions (exs. a church, post office, a grist mill) had been established in the area already. This made Cades Cove an early piece of civilization in the Great Smoky Mountains.

The most notable wildlife in the area is the black bears as they can be seen walking around in the tall grass and forest areas.

Visitors hiking, driving, or biking around the loop of Cades Cove can view some of the original buildings that composed the settlement and other buildings that evolved from them. Two of these are Cades Cove Primitive Baptist Church, established in 1827, and Cades Cove Methodist Church, founded in 1902, which both allowed settlers a much easier commute to Sunday morning sermons. The John Cable Grist Mill was one of several Mill Creek-powered mills that served Cades Cove residents between 1850 and 1870. The cabin in which the Cable family lived and the cabins belonging to the Tipton and the Oliver families are also viewable around the loop.

The Olivers, in particular, were one of the earliest families in the area arriving at a time when no treaties allowed settlers to establish homesteads on Indian land. Though at the time of their arrival, there were no treaties allowing them to move in on Indian land or into the Great Smoky Mountain region. Fortunately, Native Americans graciously assisted the family in their survival, to their own detriment, ultimately, as more and more settlers took over the land in the Great Smoky Mountains region. Today, Cades Cove serves as a very popular attraction spot for those visiting or living in the region. The park attracts more than 2 million visitors a year. Cades Cove has also become the battlefield of smaller conflicts occurring during the American Civil War. It has been listed on the National Register of Historic Places since 1977.