Located in Grand Forks historic Near Southside District, this beautiful 1901 Victorian home has been preserved to exemplify not just the Victorian architecture of the city, but also a reference to Grand Forks's early 20th century history and appearance. Later in its life it was also referred to as the Margaret E. Bowler Murphy and Michael F. Murphy House. Luckily this home survived the 1997 Red River flood in one piece.

The Harriet and Thomas Beare House as it looks today. 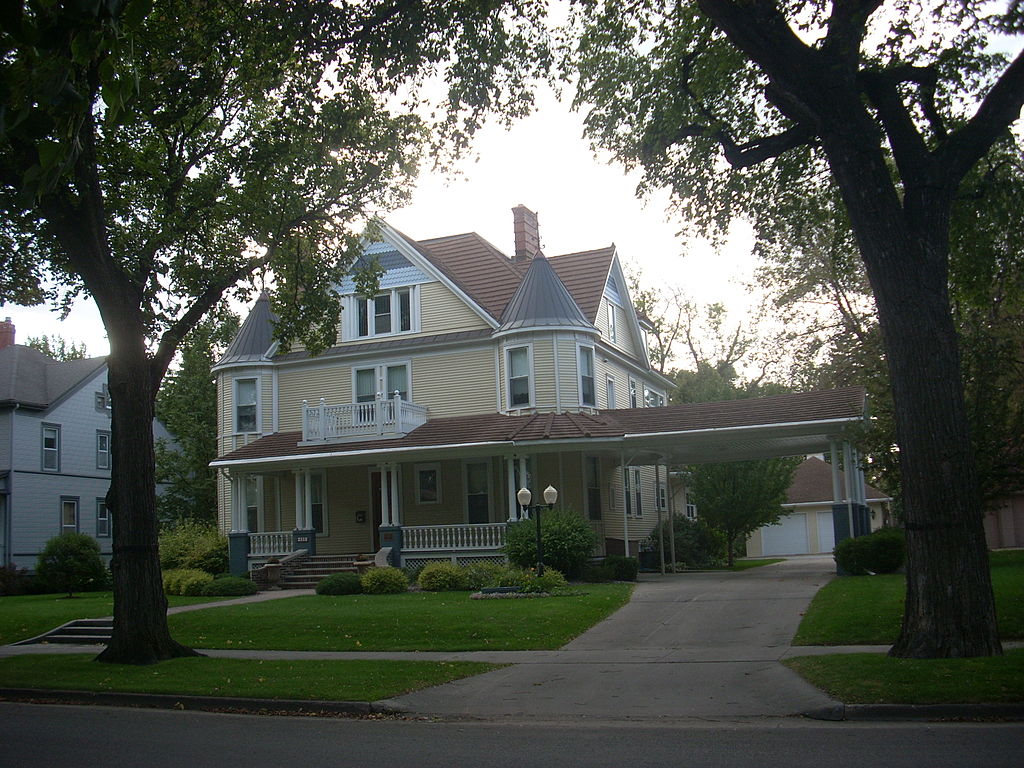 The Harriet and Thomas Beare House is a Victorian house located in the Near Southside Historic District of Grand Forks.

The house was built in 1901 for real estate man Thomas Beare on Reeves Drive, the most prestigious residential street in Grand Forks, and exemplifies the conspicuous consumption of the cities' elite during the Progressive Era and the growth of the Second Dakota Boom.

It is a significant example of the Queen Anne style with elements taken from the Classical Revival style. Queen Anne details include decorative chimneys, complexity of roof shapes such as conical turrets and hipped roof dormers, finials, and fish-scale shingled gable ends. The house is a relatively simple expression of the style and shows signs of transition into the Classical Revival style in its symmetrical facade, Ionic columnns, Doric details, and regular footprint. A notable feature is the Porte-cochere which is fairly rare in Grand Forks.

The Harriet and Thomas Beare House was added to the National Register of Historic Places in 1995. It is also known as the Margaret E. Bowler Murphy and Michael F. Murphy House.