Will Rogers Shrine of the Sun

The Will Rogers Shrine of the Sun is a five-story, 100 foot tall tower commemorating the lives of American humorist Will Rogers, and Spencer and Julie Penrose, the couple largely responsible—through philanthropic and business activities—for the development of Colorado Springs. Spencer was a friend of Rogers, who tragically died in a plane crash in Alaska in 1935. Spencer decided to dedicate and name the tower after Rogers. The tower also serves as a tomb for the Spencers and two of their former friends and colleagues. A visit to the tower provides a spectacular view of the city and surrounding landscape. It is possible to climb to the top of the tower, which reaches over 8,000 feet high. To reach the tower one must drive past the Cheyenne Zoo on the winding road, which was also built by Spencer Penrose.

Will Rogers Shrine of the Sun 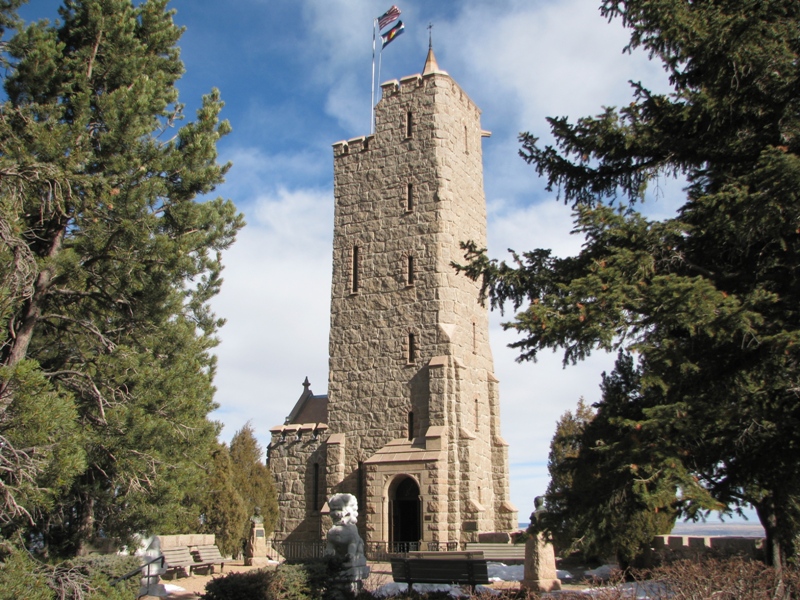 Bust of Will Rogers 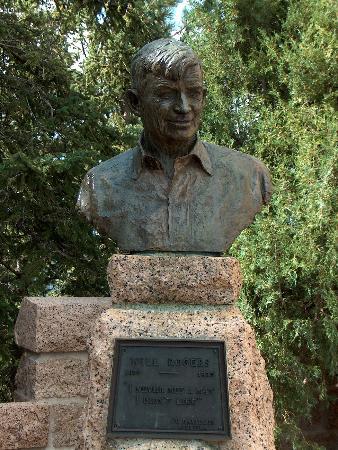 Some of the murals painted by Randall Davey 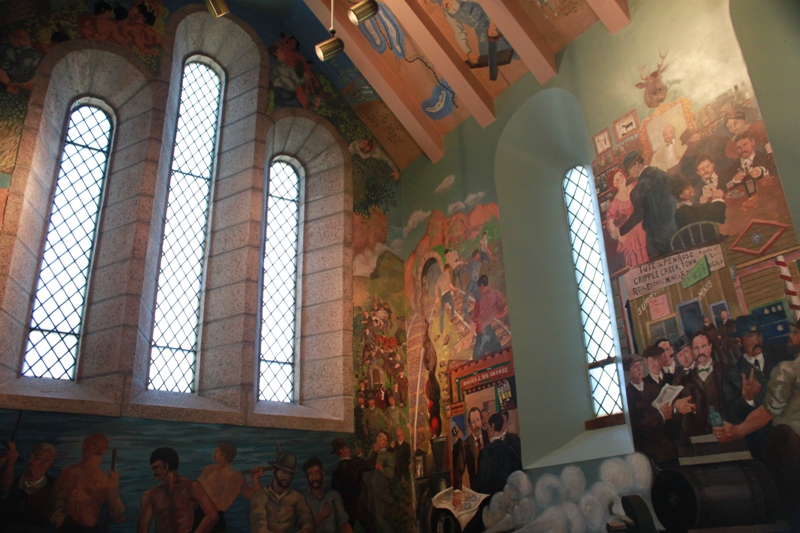 The ground level of the shrine features murals by Randall Davey depicting important events in Colorado History, including the discovery of gold and Zebulon Pike's travels (the man for who Pikes Peak is named). The upper floors feature photographs of Rogers. The lower level is a chapel, where the Penrose's ashes are interred. The chapel also many European and Oriental art objects collected by the Penrose's displayed. Also in the chapel are the Westminster Chimes, which are rung on the quarter hours each day. Outside the entrance to the shrine is a bust of Rogers created by Jo Davidson. Julie and Spencer married in 1906. The tower was designed by architect Charles E. Thomas.

"Will Rogers Shrine of the Sun." Wikipedia. Accessed November 29, 2016. https://en.wikipedia.org/wiki/Will_Rogers_Shrine_of_the_Sun.