The Italian Rock Carvings can be found on a sandstone flat along the bank of the New River near the trestle bridge just outside the city of Gauley Bridge, West Virginia. It is believed that the carvings were left behind by the Italians who camped there while working on the train trestle bridge that is still in use today. The drawings include a sailor and a shield. 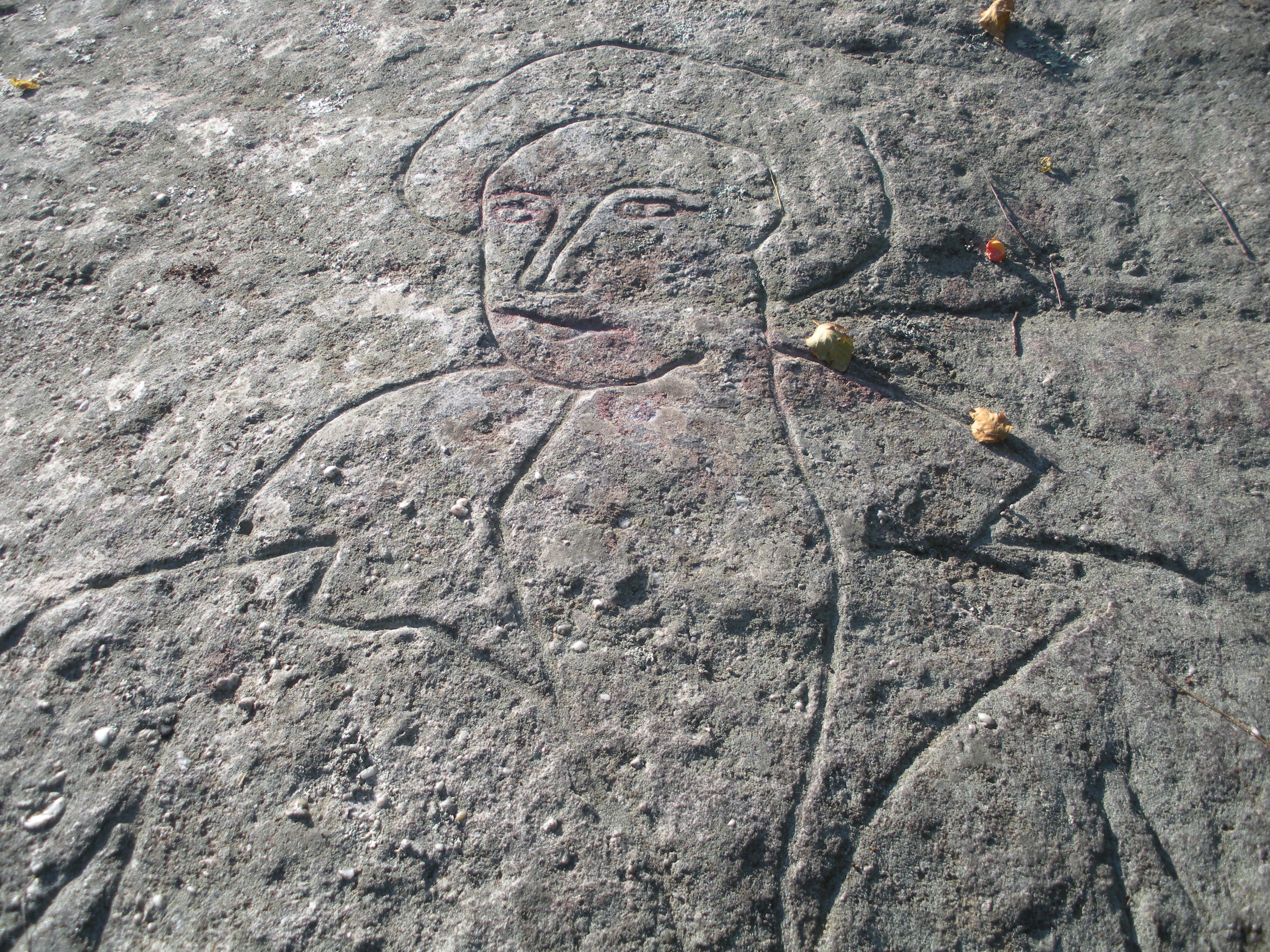 A further away picture of "The Mariner". As you can see some of the carving has eroded away. (via https://smoothingit.wordpress.com/2013/02/10/rock-carvings-on-the-new-river/) 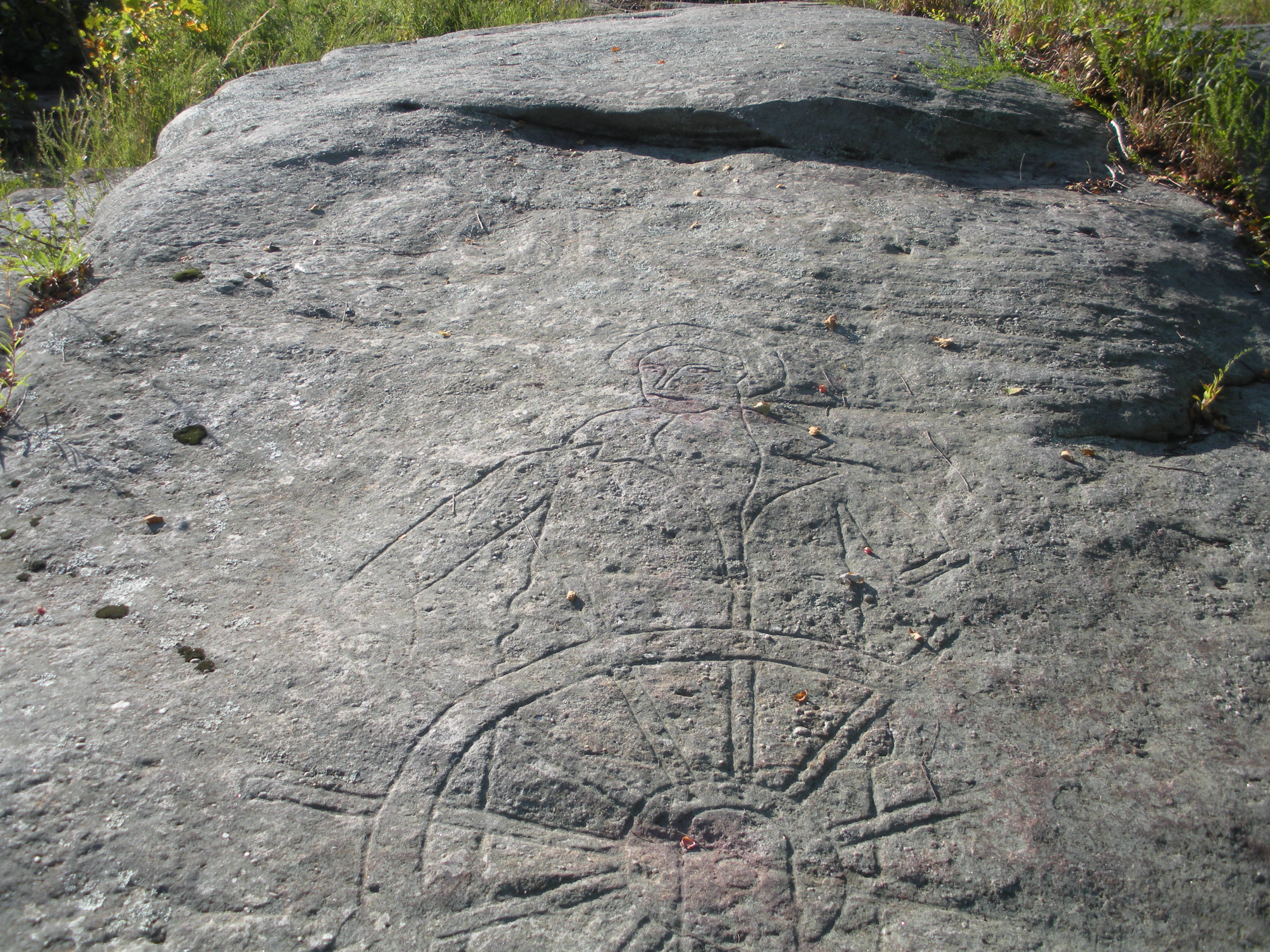 A picture of "The Mariner" more focused on the lower half of the body. (via https://smoothingit.wordpress.com/2013/02/10/rock-carvings-on-the-new-river/) 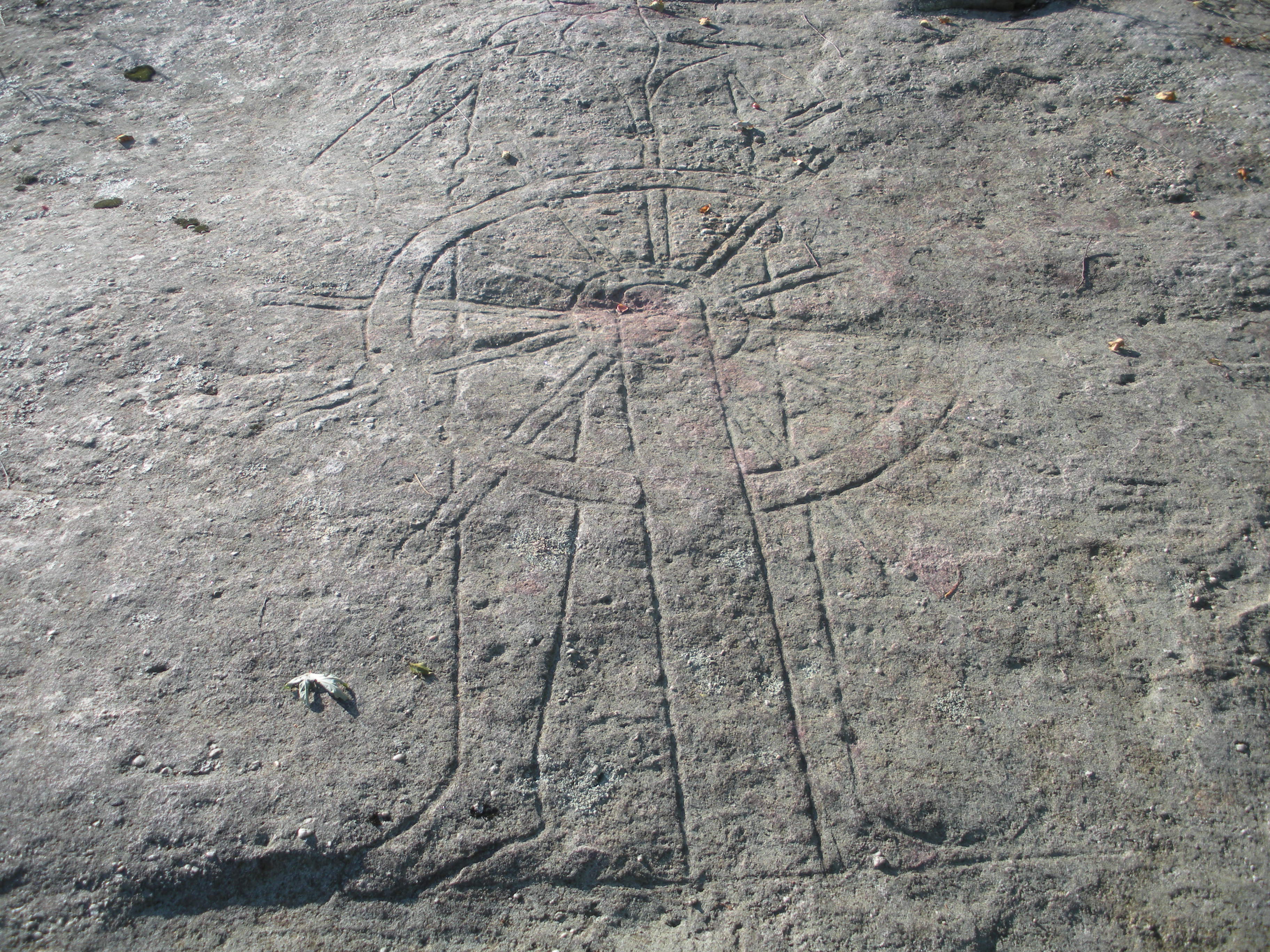 Here you can see the Family crest covered in moss. (via https://smoothingit.wordpress.com/2013/02/10/rock-carvings-on-the-new-river/ ) 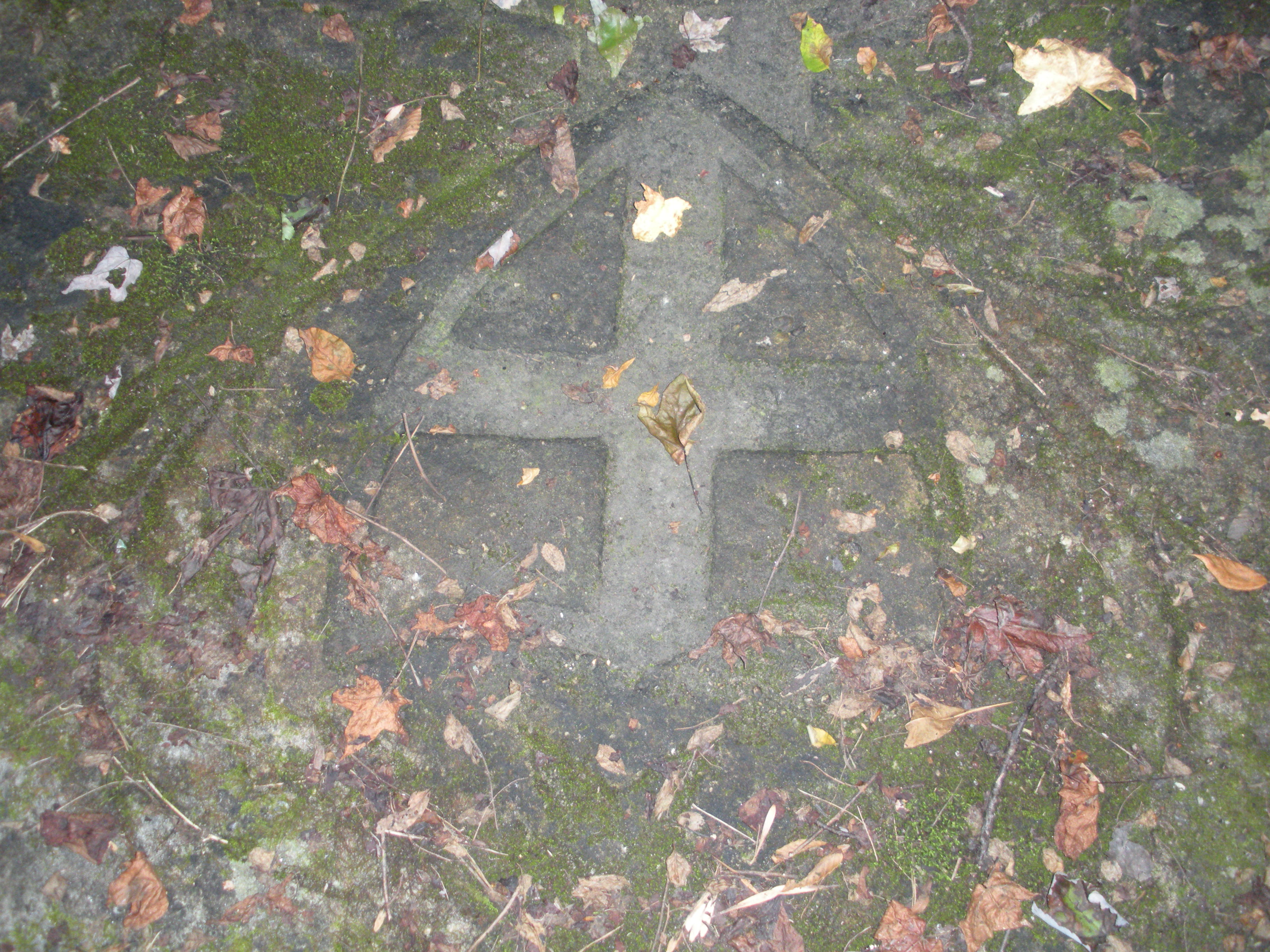 Here the shield (family crest) can be seen before the moss grew over it. (via Rick Steelhammer from the Gazette Mail June 3, 2007) 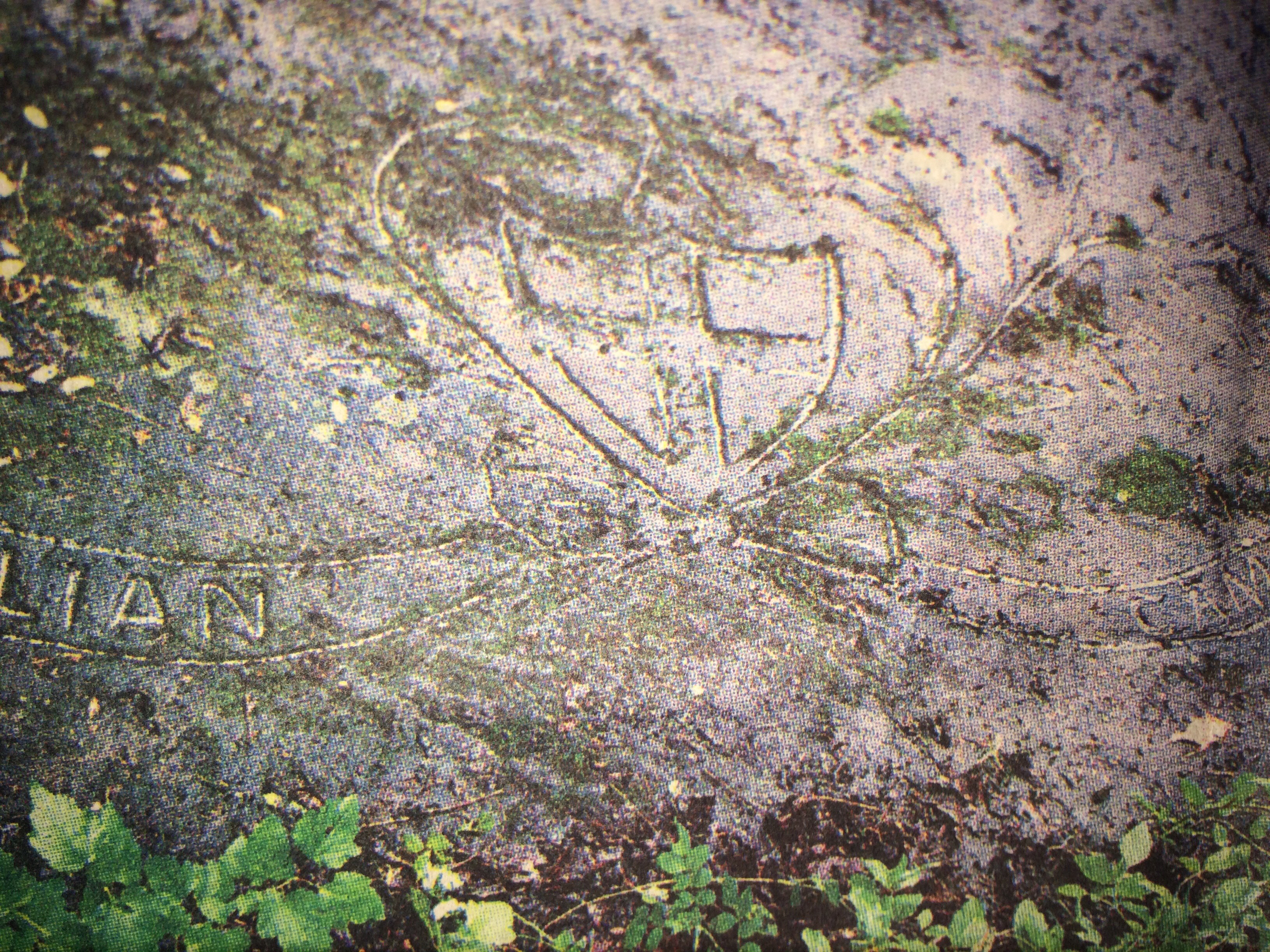 The cursive signature of the artist who drew the shield. (via Rick Steelhammer from the Gazette Mail June 3, 2007) 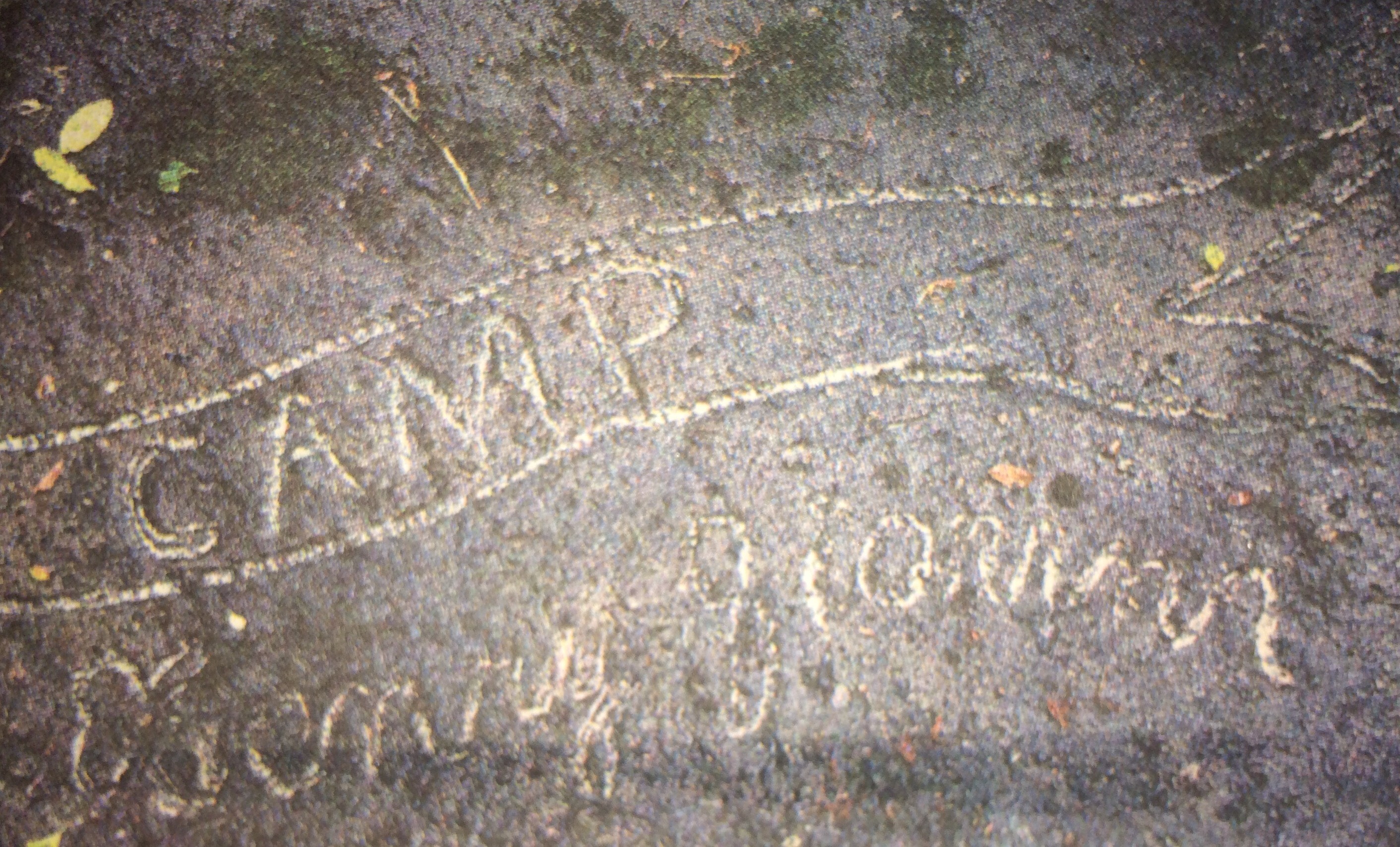 The trestle bridge that the Italian stonemasons are believed to have worked on. (via Doug Lilly http://www.panoramio.com/photo/39481314) 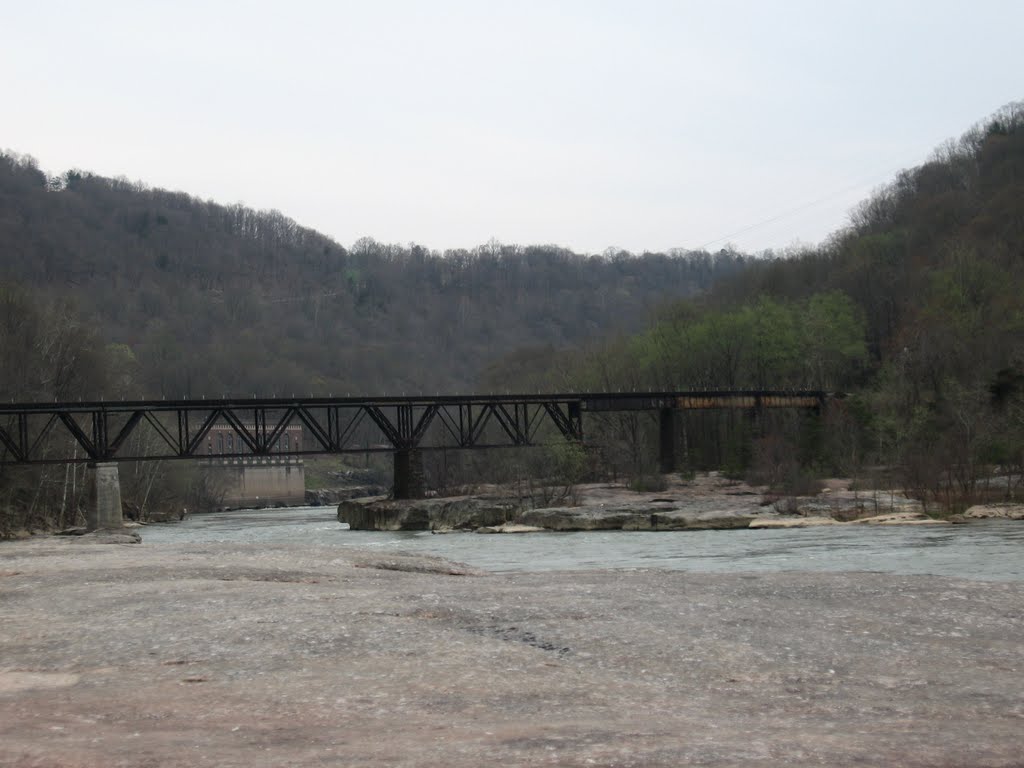 Not much is known about who the stonemasons were or why they carved the drawings. In fact, the carvings are difficult to find. At one time a stone archway marked the entrance to the camp to help orient the carvings but that archway was removed in the 1960s.

One of the more prominent carvings includes a sailor gripping a wheel. This carving is known as "The Mariner." A portion of the sailor's arms and spokes on the wheel are faded due to erosion. In recent years the design has been re-carved. Along with the sailor is a shield with a cross in the center. Under the shield there is a banner with "ITALIAN CAMP" written under it. It is known to be the family crest for the Giovanni family. Under the "CAMP" part of the banner is the signature of the artist who drew it. The last name reads Giovanni. Most of the shield is covered in moss.