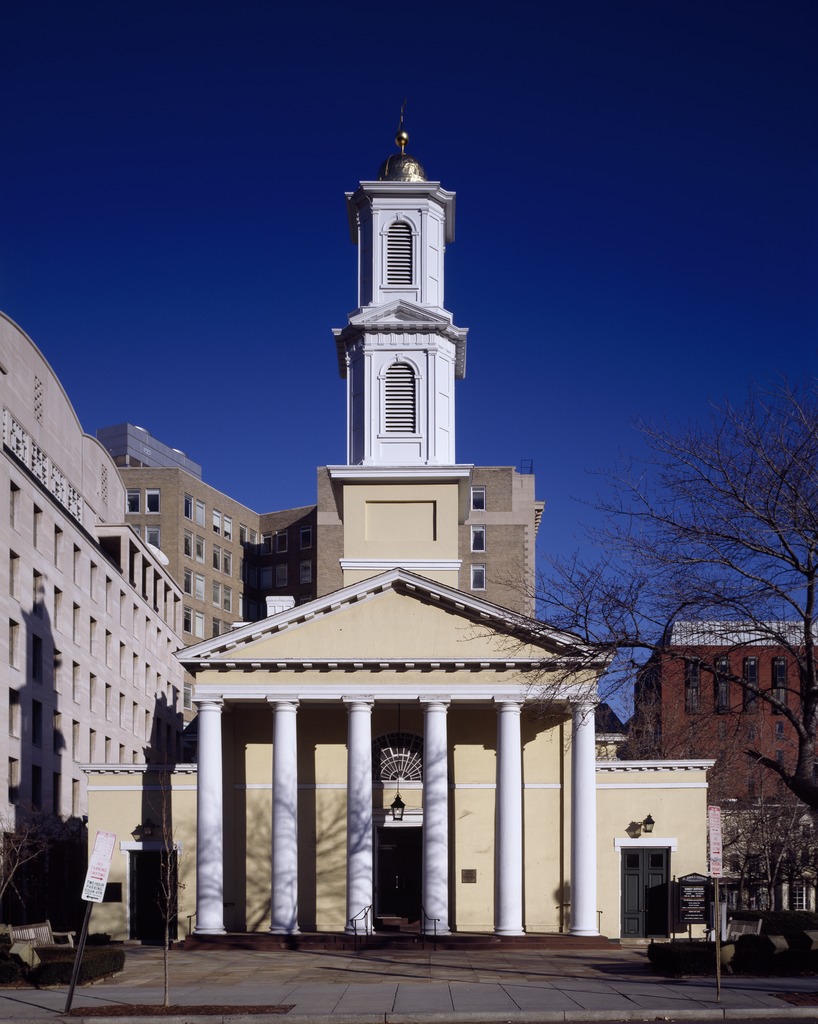 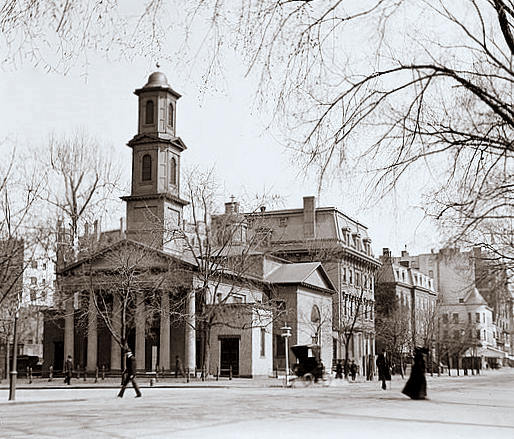 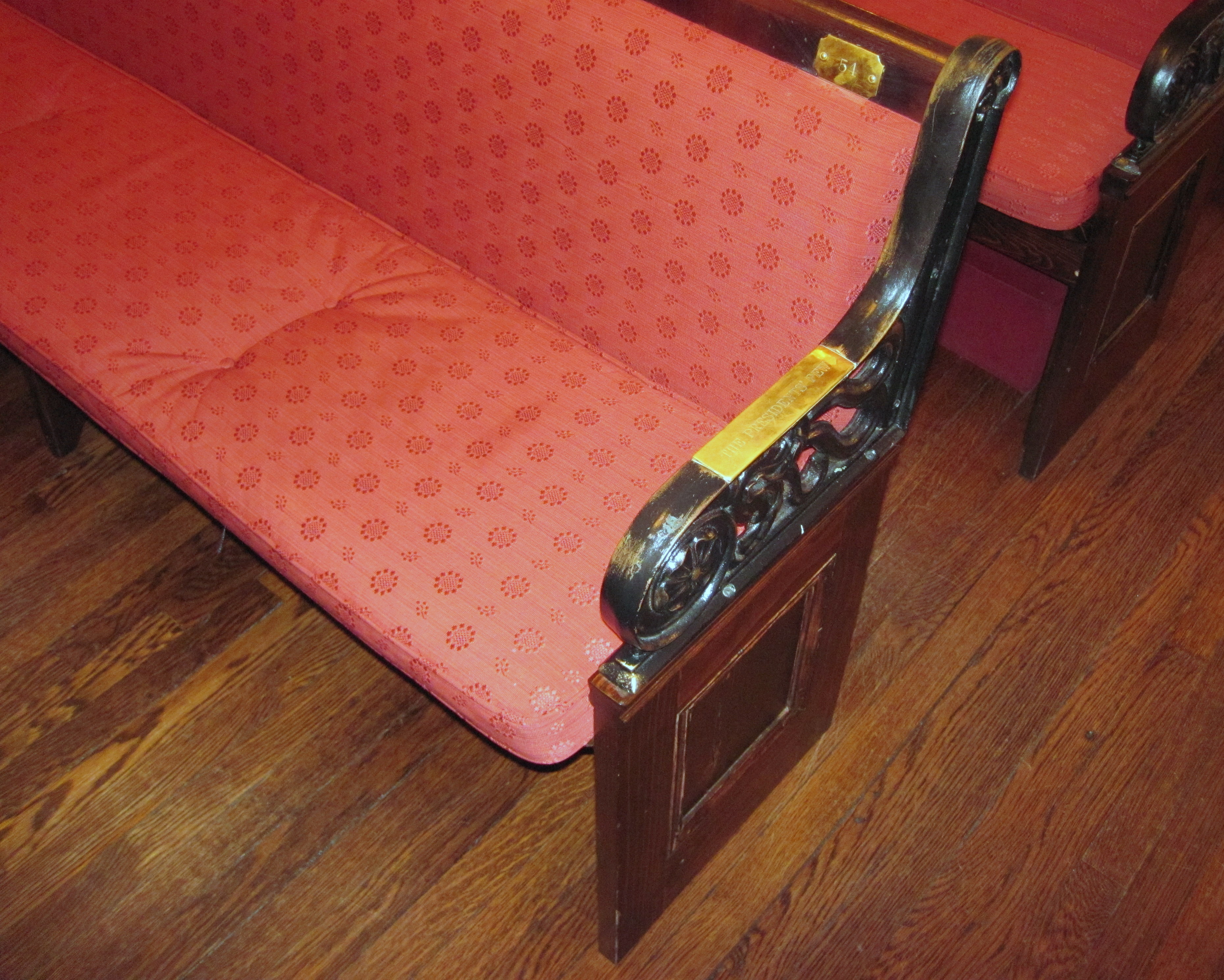 St. John's Episcopal Church in Lafayette Square, Washington, D.C. is a historic church that has served as an important landmark in the area since construction began in 1815. The church held its first service on October 27, 1816 and was consecrated on December 27, 1816. The building exterior is made from stucco-covered brick in a distinctive yellow color. It was originally designed in the Greek Classical style by Benjamin Latrobe, the architect famous for his work on the Capitol, White House, and Decatur House. Subsequent additions, such as an 1820 extension and the addition of a triple-tiered steeple, have altered the Latrobe's plan, but the original structure remains recognizable.

St. John's has long been known as "the Church of the Presidents," as every sitting president since James Madison has attended services here. Pew 54 is the President's pew, which is reserved for the POTUS when in attendance at the church, a tradition which began with Madison in 1816. In the pew is an 18th-century prayer book featuring the autographs of many of the Presidents.

Notable features of the church includes the nearly-1,000 lb steeple bell cast by Joseph Revere at his Boston foundry in 1822. It is one of two Revere bells in Washington, and the only one to remain in continuous service since its installation. St. John's is also famous for its 25 stained glass windows, which were designed and produced by the Lorin Stained Glass Windows firm of Chartres, France in 1883. Inside St. Johns are a number of works of art. These include two sculptures by Jay Hall Carpenter, a brass chapel cross, and Ascent Into Heaven, a 3/4 lifesize bronze sculpture. Amongst its other treasures are a silver chalice and a gold, jewel-encrusted communion chalice.

St. John's Episcopal Church was added to the National Register of Historic Places in 1966 and has been a National Historical Landmark since 1960. Today, the church continues to conduct regular services and serve the D.C. community. Tours are available after most Sunday services and also by reservation. Adjacent to the church is another well-known historical landmark in Lafayette Square, the Ashburton House, which now serves as St. John's Parish House.

Regular tours of the church follow the 11:00 A.M. service (10:30 A.M. during the summer) on most Sundays. See website for additional service times.