The Ozark Folk Center is an Arkansas living history state park located in scenic Mountain View, Arkansas dedicated to preserving and presenting Ozark cultural heritage and tradition to the public. University of Arkansas extension Service, in an early attempt to preserve the vanishing heritage of the Ozark mountains, assisted local craftsmen and musicians to form the Ozark Foothills Crafts Guild back in 1962. This Guild started with 30 people and grew to a membership of over 300 craftsmen and musicians. In the 1963 the guild, in the cooperation with the local civic organizations and education advocate Bessie Moore, organized the first Arkansas Folk Festival which attracted 15,000 people. Due to the success of the annual festival the guild realized that they needed a permanent home. 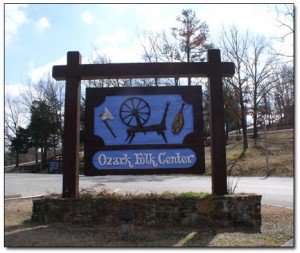 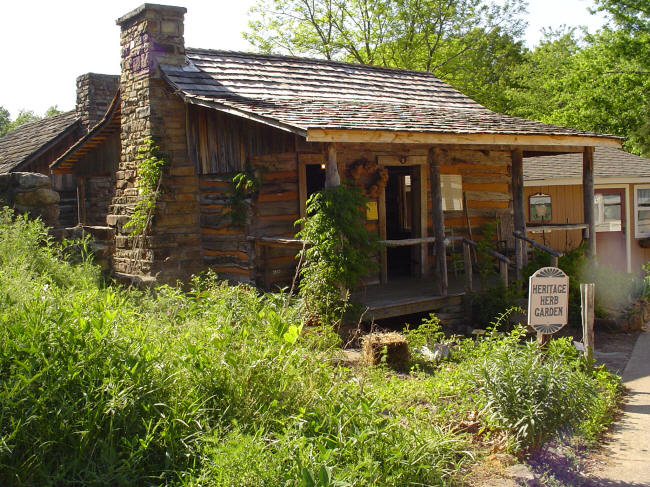 The Ozark Folk Center State Park at Moutain View is the only state park in Arkansas dedicated to the preservation and perpetuation of Southern mountain folkways and traditions. When opened in 1973, the park was hailed as a home for traditional crafts and music and has since become one of the important institutions preserving this particular way of life. The idea for the folk center grew from the success of the Arkansas Folk Festival, which debuted in April 1963 in Mountain View under the sponsorship of the Ozark Foothills Handicraft Guild later known as the Arkansas Craft Guild and the Rackensack Folkshore Society. Although the Folk Festival continues to highlight the crafts and music of the area, centered on the courthouse lawn and exhibiting crafts in tents, it was decided, after about a decade, that the heritage of the Ozarks needed a more permanent home. However this state park is huge it lay out is 637 acres worth of so much entertaining things, so it needed a more permanemt home for sure and a bigger one at that.

Proponents of the folk center idea believed that it would not only preserve the traditional music and folkways. This is so that it could also provide much needed jobs for one of the most economically depressed regions of the state. The impetus for the building of a folk center originally grew out of a plan to secure federal dollars for the construction of a much needed water and sewage system in Mountain View by means of applying for federal funds to be used in the construction of a music auditorium, which would, of course, necessitate such infrastructure. However, this idea grew from a 1963 brainstorming session between a group of Mountain View leaders and John Opitz, a regional director for the federal Area Redevelopment Administration. However, it was only in 1968 that Arkansas congressman Wilbur D. Mills was able to set aside $2.5 million in grants and loans for the project, following heavy lobbying by songwriter Jimmy Driftwood and others.

The Advanced Projects Corporation of New York won the contract to build and operate the Ozark Folk Center facility, and construction began in 1971. The facility is situated on a hilly, eighty acre tract at the north edge of town. In the spring of 1972, however, it became apparent that the contractor was in financial distress and unable to complete the contract plans. In May 1972, following extended negotiations, the Arkansas Department of Parks and Tourism entered into an operating lease agreement to operate and manage the demised premises. Today, the total leased area consists of 637 acres. It also includes the operation of all facilities at the Ozark Folk Center State Park, which include a restaurant, a sixty-room lodge, craft grounds, auditorium, gift shops, a firing range, and the park’s infrastructure.

Construction was completed at a cost of about $3.4 million, and the Ozark Folk Center State Park officially opened in May 1973. Facilities included a 1,060 seat music auditorium new seating has since reduced the capacity to 1,000, sixteen craft shops now twenty four craft demonstration areas. Which is a welcome center, a sixty unit lodge, a restaurant, food outlets in the crafts area, a conference center, and a gift shop. Extensive remodeling and additions in recent years have greatly enlarged the restaurant by adding so many things.  Theater style seating in the large auditorium, preserved some log cabins that were moved to the park, upgraded the in-park public transportation, and refurbished the lodge rooms, conference center, and craft cabins was al things that completed this center.

A year after the park opened, a support group known as the Committee of 100 was created by educator Bessie Moore. Women from each of the state’s seventy five counties, plus twenty five at large members, volunteer each year to support and raise funds for educational programs of the center. The committee established the Music Roots Program for youngsters, an herb garden, the park’s apprenticeship in crafts and music program, and the Ozark Cultural Resource Center, which archived well over 100,000 items. The OCRC provided opportunity for in house research of books, periodicals, manuscripts, and photographs on Ozark history, culture, folklore, music, and genealogy. Specific items available to researchers were over thirty years of live performances from the Ozark Folk Center State Park music theater, recordings of traditional and commercial country music dating from 1900, and rare sheet music dating to the early 1900s. In 2007, however, the park announced the closure of the OCRC. The research materials were transferred to the Arkansas History Commission in Little Rock where they are available for use.

Self guided tours of the crafts village take visitors to shops with demonstrations of basketry, Blacksmithing, printing, broom making, quilting, woodcarving, pottery, and several other pioneer skills. Apprenticeships and workshops are offered in music, herb gardening, folk dance, and crafts. Each spring, the park also conducts an Ozark Folk School, offering instruction in traditional Ozark crafts, music, and gardening. Elderhostels, an educational week of programs, classes, lectures, etc. for those fifty five years of age or older are scheduled throughout the season with folk themes ranging from hill culture to crafts and songs. Also located at the park is Loco Ropes Treetop Adventure Park, which offers zip-lining and other activities. This is a awesome place for a family vacation get away, which so much to do for everyone on the trip at any age.

This driving tour is a work in progress.