Nestled in the Googleplex campus, the headquarters of Google, is a collection of dessert-themed alien statues known as The Android Garden. The Android Garden is made up of 13 large plastic Android statues, each representing a different operating system.Each update to the operating system gets named after a different dessert, in alphabetical order starting with Cake, then Donut, continuing on until the most recent, Nougat, hence the dessert-themed statues. While they were once located outside of building 44, they now reside outside of the Google Welcome Center. 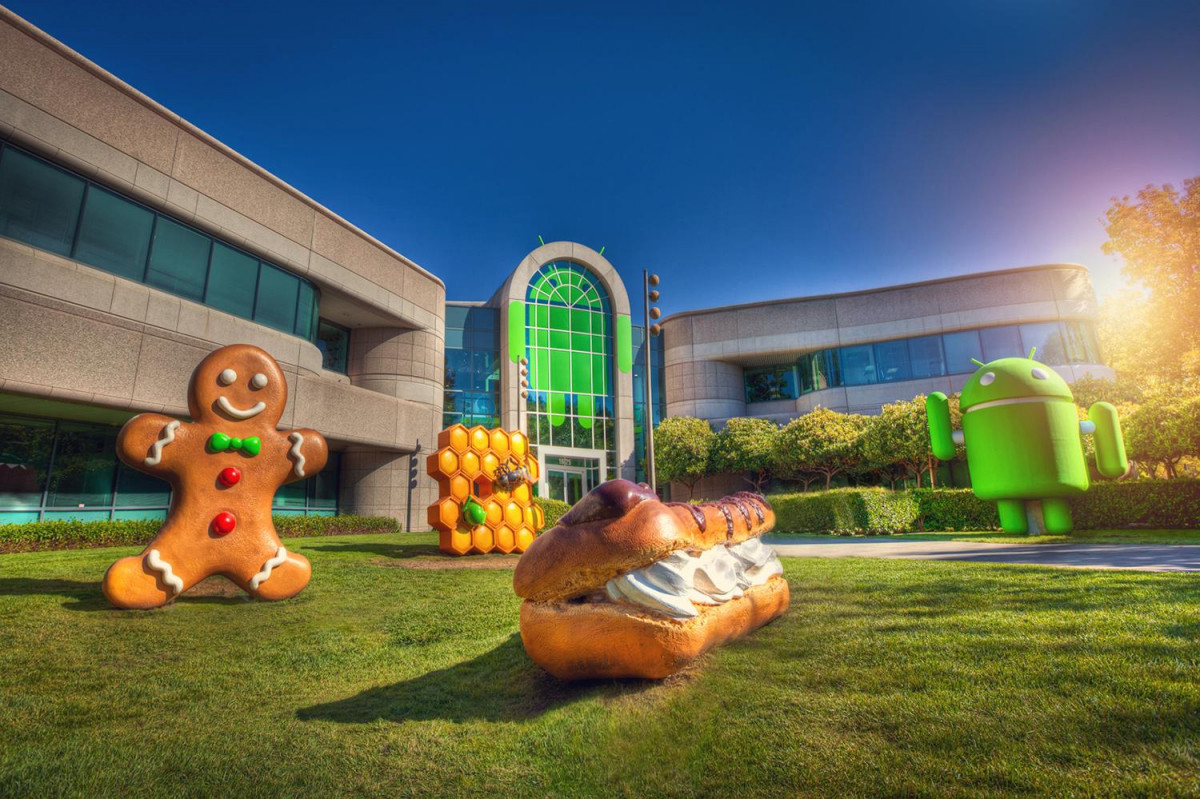 So what is the story behind the Android Dessert Garden? Why desserts?  It all goes back to 2005 when Google purchased Android for $50 million.   Android is the maker of one of the world’s largest mobile operating systems.   Each update to the operating system gets named after a different dessert, in alphabetical order starting with Cake, then Donut, continuing on until the most recent, Nougat1 .  1

The statues all uniquely incorporate Android's signature green alien with the sweet that the most recent operating system has been named after.   Since 2009 when Android introduced the Cupcake operating system, there has been a total of thirteen different statues added: Cupcake, Donut, Eclair, Froyo, Gingerbread, Honeycomb, Ice Cream Sandwich, Jelly Bean, Kit Kat, Lollipop, Marshmallow, and Nougat. Is there a reason for this pattern, why did they choose to name the systems after desserts?  “‘It’s kind of like an internal team thing, and we prefer to be a little bit — how should I say — a bit inscrutable in the matter, I’ll say,’ said Randall Sarafa, a Google spokesman. ‘The obvious thing is that, yeah, the Android platform releases, they go by dessert names and by alphabetical order for the most part.’” 2