This is one of the last standing structures of the Upper Works of Tahawus: a ghost town that harbored a booming mining industry during two separate periods of the 19th and 20th centuries. Archibald McIntyre--for whom the furnace is named--constructed the 50-60 ft structure in 1857 with hopes of increasing efficiency while mining the iron-rich deposits of the Adirondack Wilderness. However, isolation and titanium-contain iron ore made industry difficult and later resulted in the town's abandonment. Now, for nearly 150 years, this furnace has stood as a testament to the rise and fall of the many similar mining communities. It is located just off of Route 25 in Essex County, NY--just feet from Upper Works Trail that attracts High Peak hikers nearly year round. 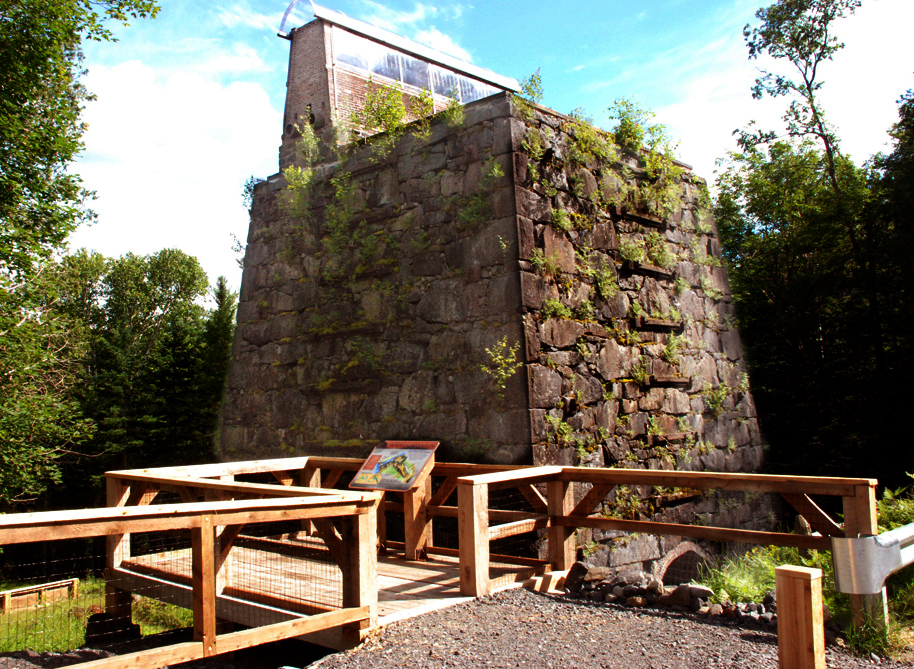 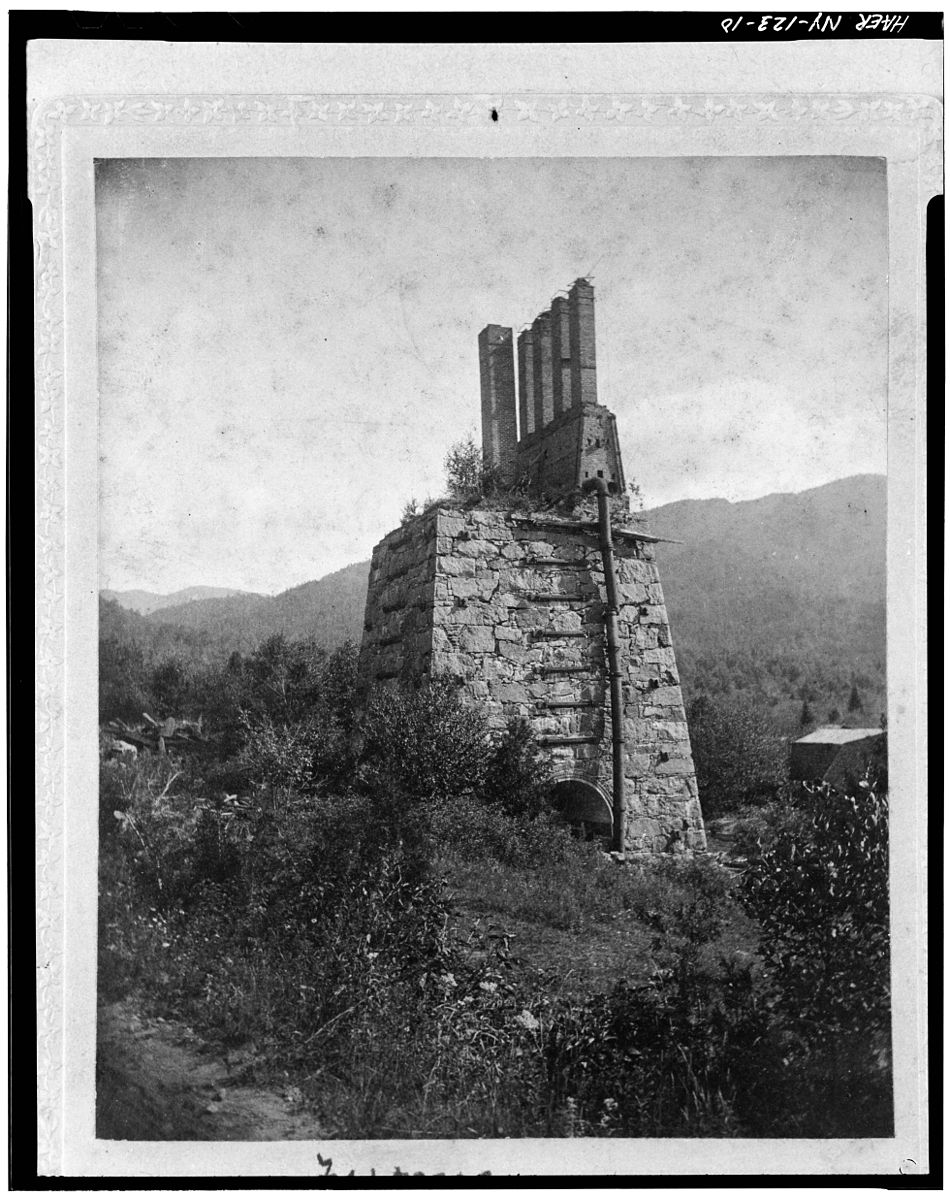 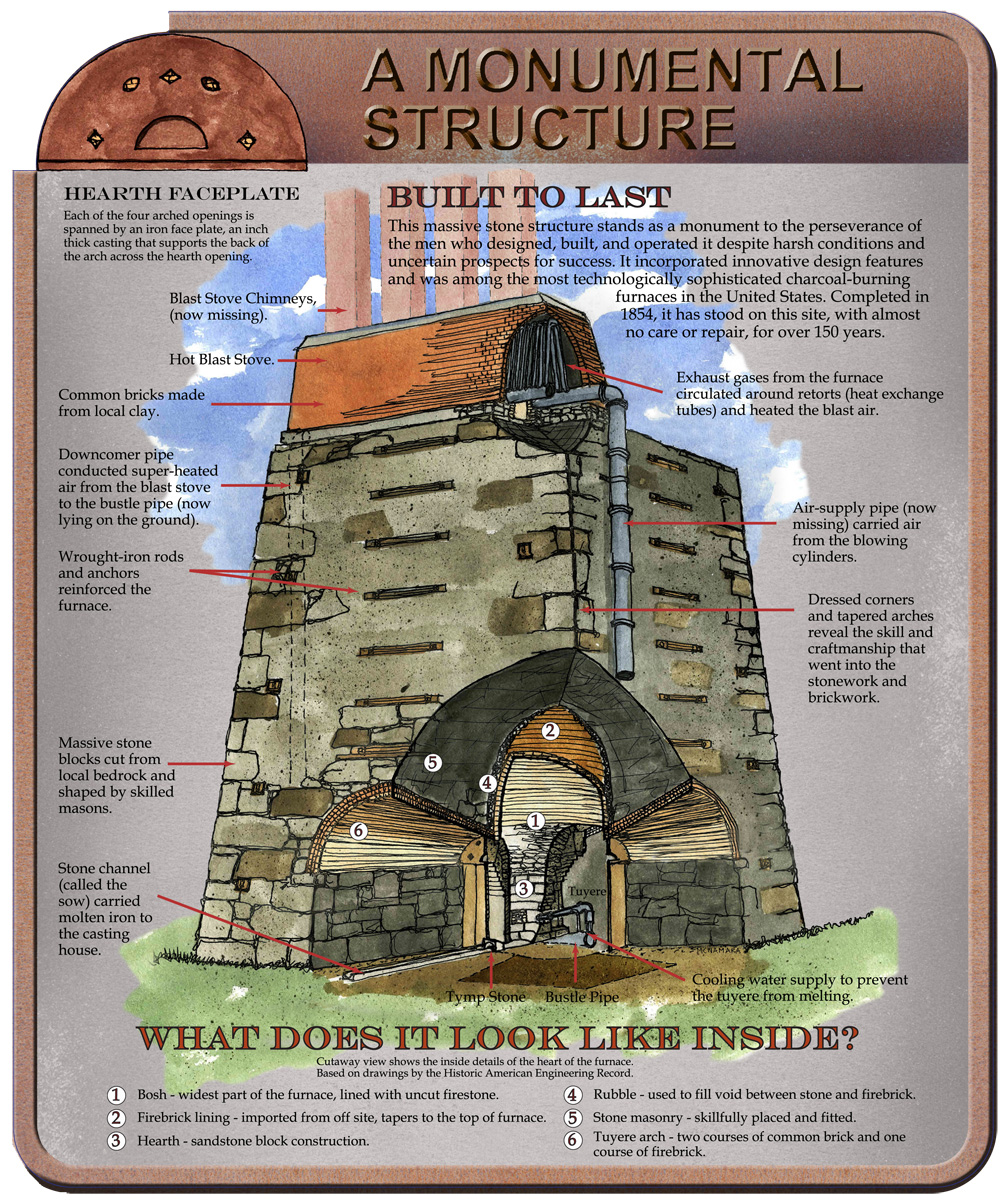 Twelve miles from the nearest town of Newcomb, NY stands the remains of the Upper Works of Tahawus: a ghost town that harbored a booming mining industry during two separate periods of the 19th and 20th centuries. The small mountain town that has since deteriorated and has required conservational efforts to persevere the industrial significance of this region. Of all the structures remaining, the 60-foot-tall blast furnace just off the road best captures the industry Tahawus was founded on. On an exploration of the area, Archibald McIntyre and his colleagues were introduced to the area by local Native Americans in 1827. Here, McIntyre realized the potential of mining iron-ore from the mineral rich soil of the Adirondacks. Established under the name Adirondack Iron and Steel Company, McIntyre purchased the land from the state of New York and began the construction of the Tahawus mines and equipment, including the first, much smaller blast furnace. It was not until rumors of railroad transit in spurred McIntyre to expand the mine's capacity with this massive blast stack and oven.1

Technological improvements of the era, however, soon made charcoal smelting obsolete in favor of mineral coal that burns much hotter and makes smelting more efficient. This method also required massive amounts of wood as fuel, subsequently leading to large tracts of forests near Tahawus being clear cut. As the industry continued, McIntyre and company had little knowledge of the impurities in the Adirondack soil that posed a problem for their success. Ore of this region contains traces of titanium—a metal ore that is relatively difficult even with modern technology. Traces of titanium can still be seen on the interior of the oven chimney under layers of carbon residue.1

Although McIntyre could see his competition outproducing Tahawus using mineral coal, he continued production. In a letter to Duncan McMartin, McIntyre acknowledged that “those who make iron from charcoal can never compete” with those who used more efficient forms of fuel like bituminous coal.3 By the end of its era in 1857, Tahawus couldn’t compete with much cheaper competitors nor it's isolation, and the town was abandoned. Today, the McIntyre blast furnace stands to preserve the industrial forefront of Tahawus and inform the public of its influential legacy in shaping the wilderness of the Adirondacks.