The Franklin G. Burroughs-Simeon B. Chapin Art Museum opened in 1997 and features a collection of local and southern art (comprised of paintings, sculptures, lithographs, pastels and collages) as well as historical maps and prints. The maps in the collection date from 1608 to the mid-19th century. The museum also offers changing exhibitions throughout the year. The museum, which is accredited by the American Alliance of Museums, is located in a house built by textile magnate Eugene Cannon Springs in 1924. 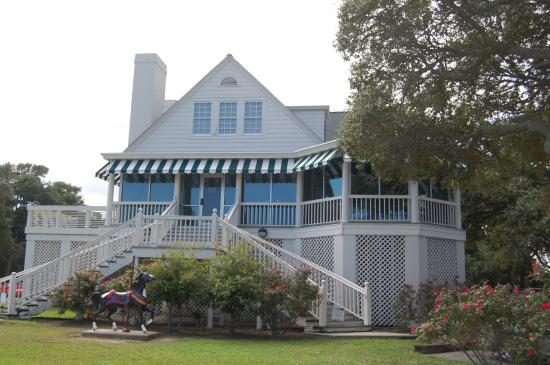 View from the second floor overwalk inside the entrance of the museum. Above hangs one of Drew Brophy's surfboards. Directly below is the welcome desk. 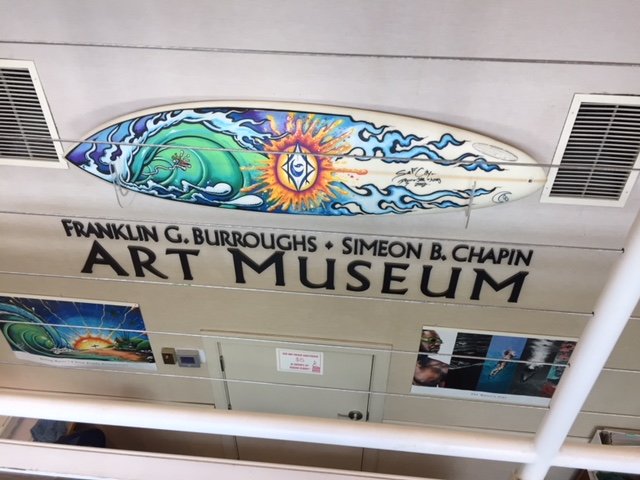 Visitors admiring Drew Brophy's work with his nine-panel mural "A Life Well Lived" in the background. It began as a mural project for Keen footwear. 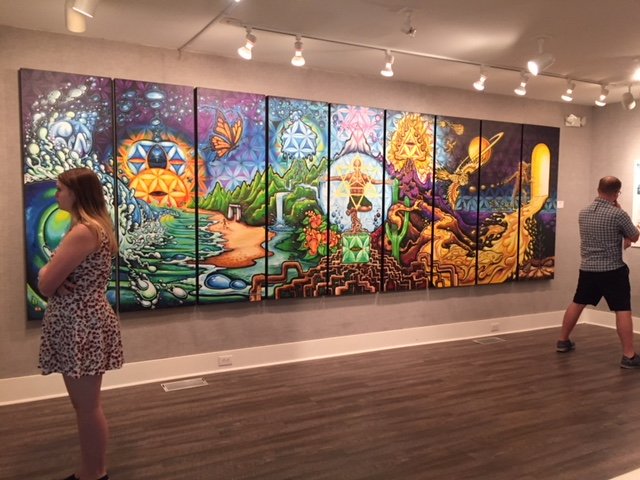 Slow Exhale by Samantha French. 2018, oil on canvas. A piece of work in The Water's Fine exhibit that includes painting and Black-and-white photography. 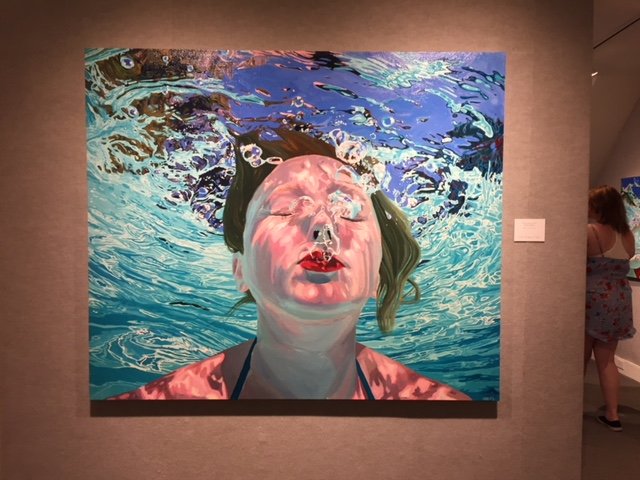 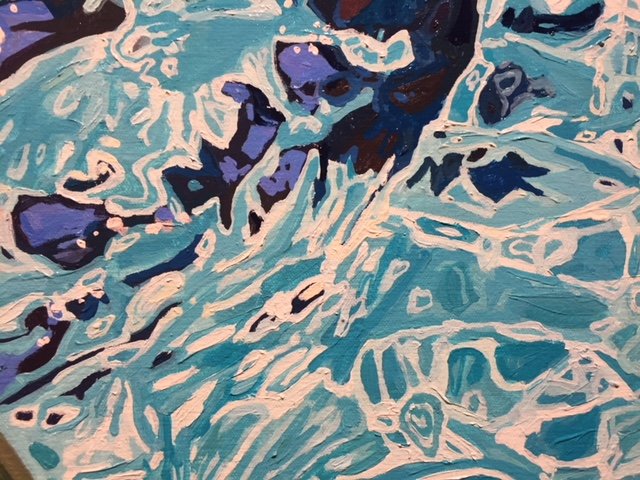 More of Drew Brophy's work located in the Louise and Holmes B. Springs Gallery. 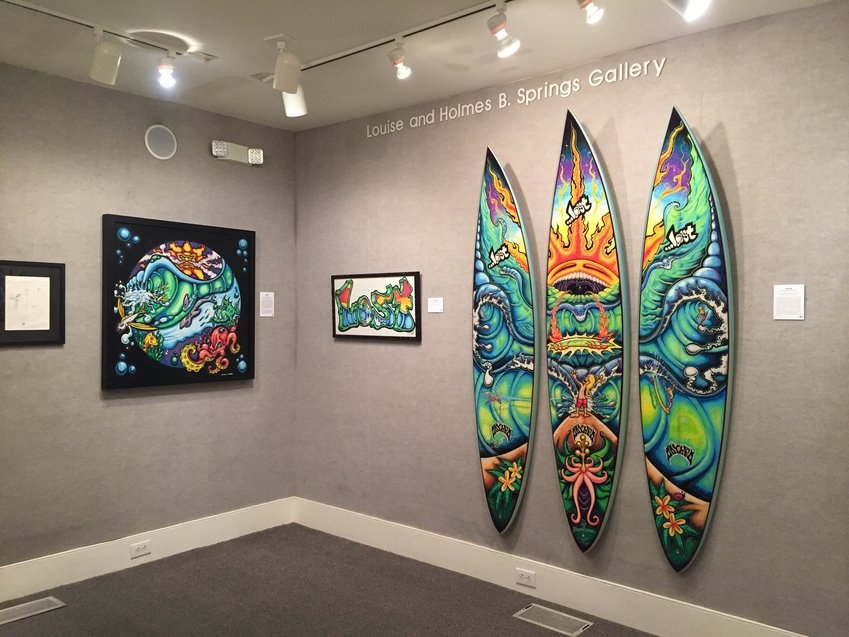 The Franklin G. Burroughs-Simeon B. Chapin Art Museum is Myrtle Beach and the Grand Strand's only art museum. The museum opened its doors in June of 1997 and was conceived some 13 years earlier by a small group of Myrtle Beach visionaries—artists, art patrons, business leaders, cultural enthusiasts and other private citizens. It has stood as a beacon of culture for residents who visit from Horry and Georgetown counties, as well as for thousands of visitors from throughout our state, country and world.

The building itself dates to 1924, when it was built by textile industry mogul Eugene Cannon in the Cabana Section of Myrtle Beach. It was subsequently sold to Col. Elliot White Springs for use by his family and executives of Springs Industries and re-christened Springmaid Villa.

Eventually it was scheduled for demolition, but local leaders and the community saved it from destruction in 1975. In 1975, a campaign to save Springmaid Villa began, led initially by Waccamaw Arts and Crafts Guild President Gaye Sanders Fisher. The building’s survival, however, was contingent on its relocation. Relocating the 150-ton structure required two flatbed trucks for three full days, with a team of City employees, utility workers and every member of the Guild working side by side. It was moved eight miles south to the current location on land once owned by the Myrtle Beach Farms Company. In recognition of the land donation, it was re-named for the founders of Myrtle Beach Farms and became the Franklin G. Burroughs-Simeon B. Chapin Art Museum.

In June of 2003 the Museum became free admission for all.