The Lyndon Baines Johnson Memorial Grove on the Potomac is located on Columbia Island, Washington, D.C. It is a grove consisting of two parts: a grass meadow and an area featuring walking paths. The latter area also features a large Texas granite monolith. The memorial grove honors Lyndon B. Johnson, the 36th President of the United States.

The granite monolith at the Lyndon Baines Johnson Memorial Grove on the Potomac, created by Harold Vogel. 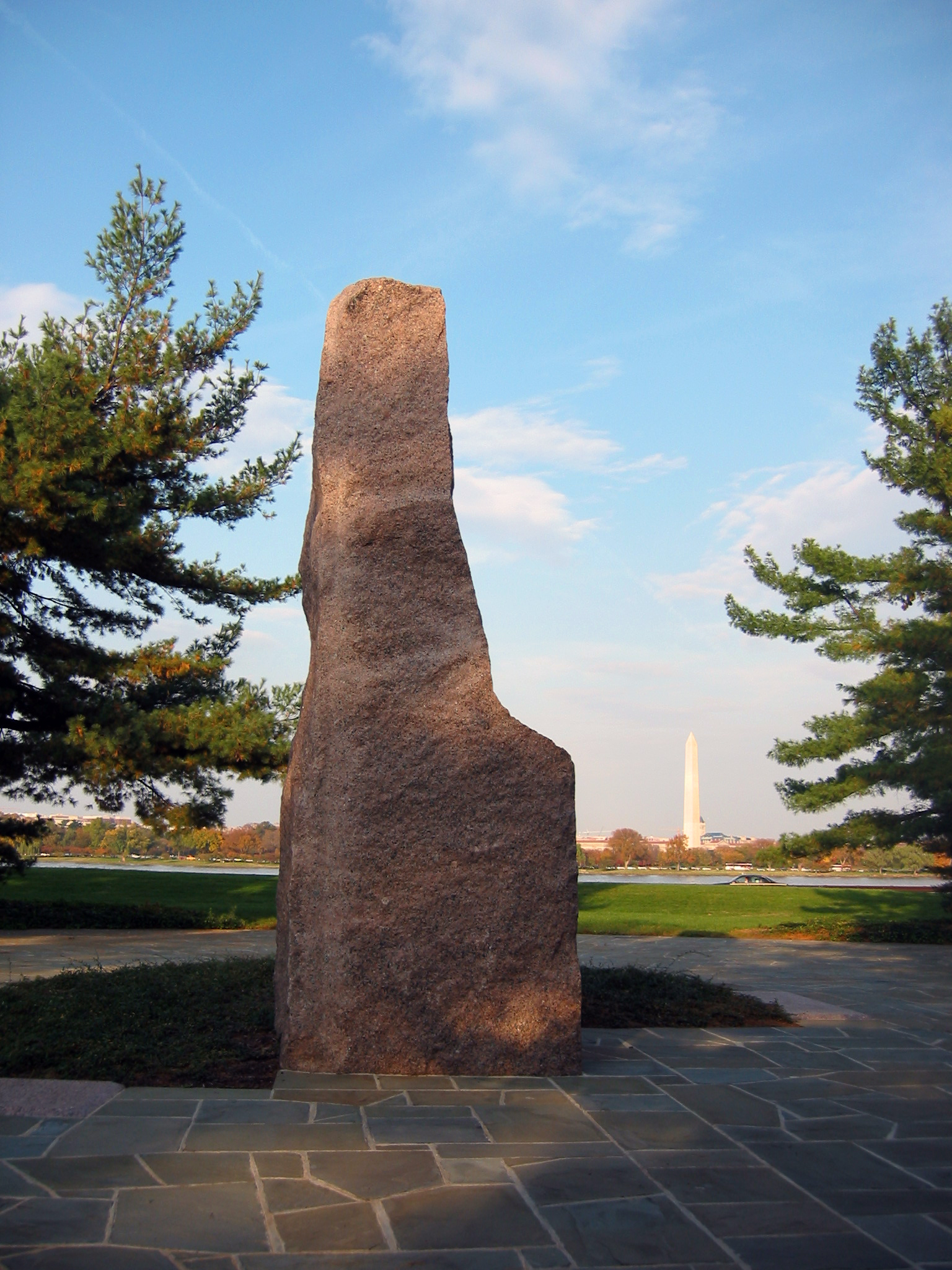 Lyndon B. Johnson was the 36th President of the United States. He served from 1963 to 1969, following the assassination of John F. Kennedy. A Democrat, LBJ is most notable for designing the "Great Society" legislation; which pertained to civil rights, public broadcasting, Medicare and Medicaid, education, the arts, urban and rural development, public services, and his "War on Poverty." Historians argue that his presidency marked the peak of modern American liberalism following the New Deal.

On December 28, Congress authorized the construction of a national memorial to Lyndon B. Johnson. The site was added to the National Register of Historic Places at the same time. It is one of two memorials within Lady Bird Johnson Park, the other being the Navy and Marine Memorial dedicated to sailors and Merchant Mariners who died in WWI.

Designed by landscape architect Meade Palmer, the site of the monument was personally selected by Lady Bird Johnson. Her husband would often spend time at this location to relax and escape the stresses of his office. A recording at the park entrance features the voice of the former First Lady, describing the park's creation. The memorial was dedicated on September 27, 1974. At the dedication ceremony on April 6, 1974, Claudia Johnson stated:

This strip of land will always be a special place for me... It appears at the moment when you come over a rise and look down into the Potomac Valley and see the capital spread out with its great monuments... The years never diminished the feeling of pride and elation we felt in those beautiful buildings that belong to all of us.1

The grove is located on Columbia Island and can be reached via a wooden footbridge. The area is divided into two parts. An open meadow, surrounded by deciduous trees, dogwood and white pines, is intended to reflect Johnson's interest in conservation legislation. Spiral trails framed by azaleas and rhododendron lead from the grove to a large, roughly-carved megalith. The megalith was carved by sculptor Harold Vogel from Texas granite. From the lawn in front of the memorial, visitors can view an impressive vista of the National Mall.