This historic library building was one of four public libraries built with support from Andrew Carnegie. When the Beaux-Arts building was dedicated in 1903, it became the first public building in the city that was open to patrons of all races without any form of segregation. The building was home to the District of Columbia's central library for the next six decades. The library was added to the National Register of Historic Places December 3, 1969- just prior to the library's closure after the new and much larger Central Library opened. The building became part of the University of the District of Columbia for ten years. The building was underutilized during the 1980s and was practically vacant until the Historical Society of Washington D.C. moved into the building in the 1990s. The Society operates a research library that is open to the public. The Society also operated a city history museum in the former library building between 2002 and 2004. In September 2016, Apple Computers announced their intention to acquire the space and to turn the historic landmark into one of their retail outlets. 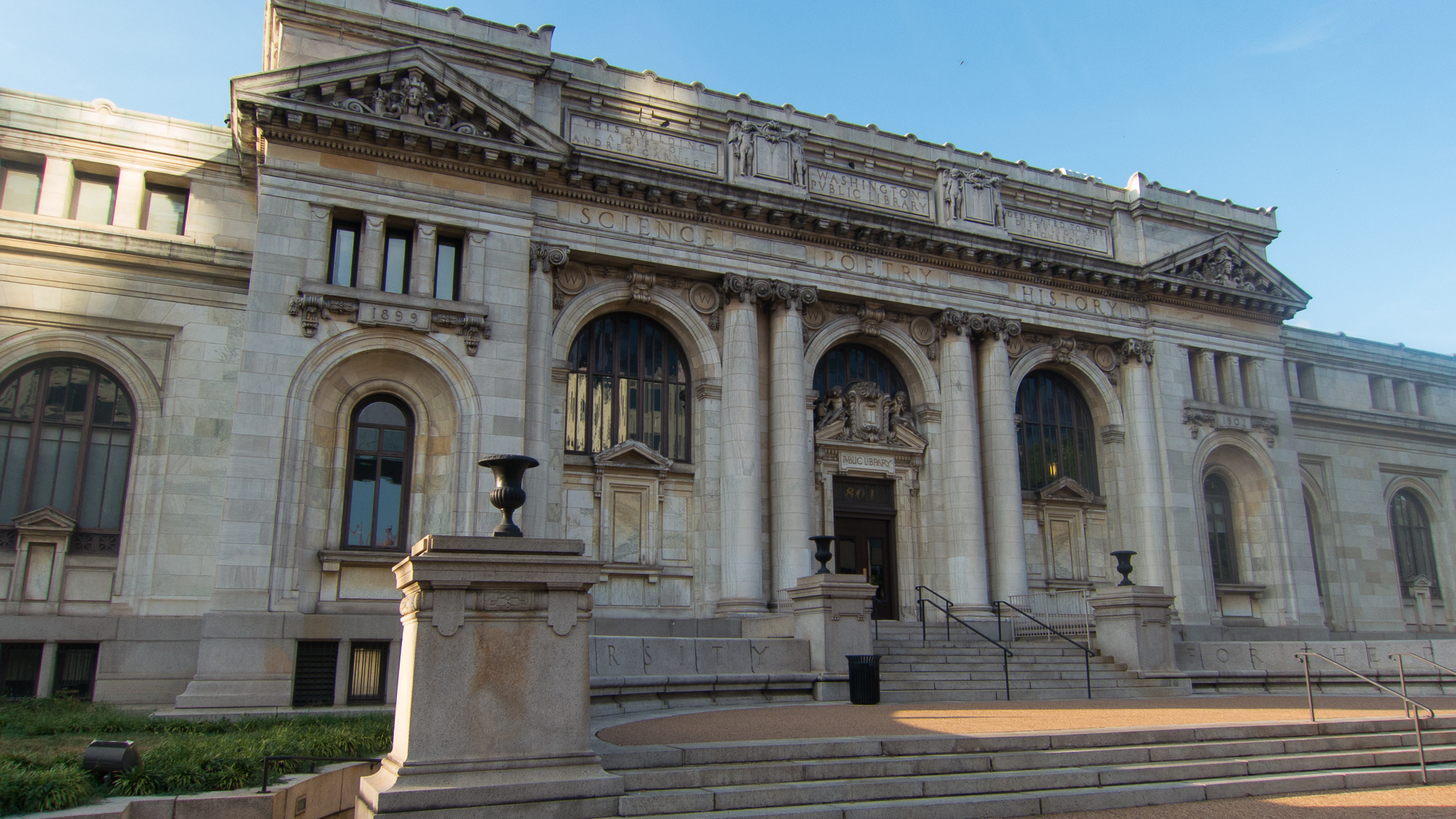 The Historical Society of Washington, D.C. is located in the center of Mount Vernon Square. The Society is an educational foundation and museum which focuses on preserving and displaying the history of the city. The society also manages the Kiplinger Research Library, which houses a collection of books, maps, photographs, and other materials relevant to the history of D.C.

The Columbia Historical Society was founded in 1894. Originally, the group included 36 men and women dedicated to the “collection, preservation, and diffusion of knowledge respecting the history and topography of the District of Columbia and national history and biography.”1 The Society focused on gathering up documents and materials pertaining to the events and people important to the history of the Nation's capitol city, and served as a forum for members to present historical research. These findings were published in the Records of the Columbia Historical Society (which was supported by member dues). By 1899, the new organization had 108 members, most of whom were white, male residents of Northwest Washington.

As the collection grew, the Society used a series of rented and donated spaces to serve as office space and as a library. However, when the public library was faced with eviction in 1954, the Board sought to find a permanent home for its substantial collection. Amelia Keyser Heurich, widow of a prominent D.C. brewer Christian Heurich, donated her 4-story mansion located near Dupont Circle to the Columbia Historical Society. This building would go on to become the headquarters for the Historical Society of Washington, D.C. (the new name was adopted in 1989). In addition to the new name, the Society also created a new semi-annual scholarly journal. The Washington History, which is still in publication, remains the only scholarly journal dedicated exclusively to the topic.

In 1999, the U.S. Congress granted a 100-year lease of the Carnegie Library at Mt. Vernon Square to the Society. The library was to serve as a new City Museum. It opened in 2003. Owing to lack of interest, the project closed in 2004. Between the fall or 2016 and January 2017, Kiplinger Research Library was closed for building maintenance.

Today, the Carnegie continues to serve as the Society’s research library and offices. The collection includes documents, works of art, maps, over 100,000 photographs, and other objects. It also features rotating and permanent exhibits. The Window to Washington exhibit traces the district's urban development. The Society also offers research workshops and programs, such as neighborhood tours, talks, and Wikipedia "Edit-a-thons." The

Kiplinger Research Library is open by appointment Tuesday-Friday. Call the library at (202) 249-3954